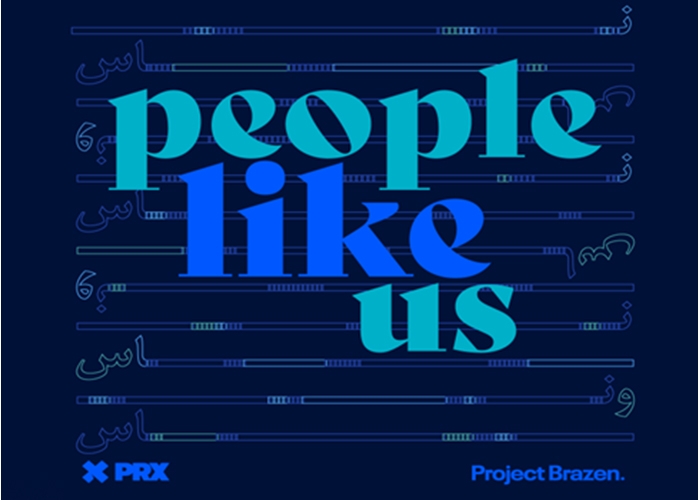 Executive produced by Project Brazen co-founders, bestselling authors, and Pulitzer finalists, Tom Wright and Bradley Hope, as well as BBC producer Jane Beresford. Hope was previously also a reporter at a UAE-based newspaper, The National. People Like Us is an interview series about the Middle East for a global audience, recasting the region in a new light and showing how it connects with major themes in current affairs and culture happening in the world today. New episodes will be released Mondays followed by two bonus episodes. The podcast will be available free to listeners everywhere across all major podcast platforms, including Apple Podcasts, Spotify, Stitcher, Overcast, Pocket Casts, and Amazon Music.

“Kim has long been one of our favourite journalists in the world, with unparalleled interviewing skills,” Hope said. “We’re thrilled to partner with her on this podcast. There’s no other show like People Like Us out there and we are excited to build a huge audience for it.”

“I’ve spent my career trying to make sense of the world, breaking down complex stories for a world audience so I’m thrilled to work with Project Brazen on a show that is focused on doing just that through fantastic interviews,” Ghattas said. “Whether you’re interested in the Middle East or international news, looking to hear powerful personal stories, or connecting with people across borders on issues that matter to us all, this podcast is for you.”

The producers said in a statement, “People Like Us brings people together to connect the dots between today’s Middle East and the world, how it works and why it matters to everyone, wherever they are. With her inquisitive, friendly interview style, Ghattas speaks to filmmakers, activists, authors, refugees, sexual health experts, politicians and public figures from the region and from around the world, exploring pressing issues in every episode, from Roe v. Wade to censorship in movies to impunity in Syria and Ukraine. With her guests, Ghattas brings a fresh and distinctive perspective on current events, as well as socio-economic and cultural trends, taking a step back from the headlines to reflect on larger themes, making the show a timeless listen.”

Anchored in Ghattas’ home city of Beirut, the show challenges perceptions and pushes the envelope by discussing the big questions, uncovering surprising connections and the powerful personal stories of the show’s guests, all leading figures in their field from across the region, and beyond, as well as ordinary people doing extraordinary things.

In the first episode, entitled “WTH Happened?”, Ghattas shares her personal thoughts on how the global order disintegrated even before the war in Ukraine and she draws parallels between Hong Kong, Beirut and Kabul, where life has imploded with stunning rapidity for people as China strangled Hong Kong, Lebanon’s economy crashed, and Afghanistan returned to Taliban rule. Ghattas speaks to Lina Mounzer in Beirut, a writer and translator who captured the rage in Beirut after the port blast of August 2020 in her essays for The New York Times; Shawn Yuan, an award-winning journalist who covered the protests in Beirut and Hong Kong; and Muqadessa Yourish, a former deputy minister of commerce who had to flee Kabul when U.S. troops withdrew in the summer of 2021 and is now a visiting professor at George Washington University.

Ghattas is an Emmy Award-winning journalist, author, and a child of the Lebanese war who has 20 years of on-air experience as a radio and television correspondent and anchor for the BBC and The Financial Times, covering the Middle East from Beirut and American foreign policy from Washington D.C. for both a U.S. and global audience. Now a contributing writer for The Atlantic, Ghattas is also the author of the NYT bestseller The Secretary: A Journey with Hillary Clinton from Beirut to the Heart of American Power (Holt 2013). In 2020, she published Black Wave-Saudi Arabia, Iran and the Forty Year Rivalry that unravelled Culture, Religion and Collective Memory in the Middle East, which was named a 100 Notable Book of 2020 by The New York Times. Her writing has been praised for making complex geopolitics accessible through personal storytelling.

People Like Us is also executive produced by Jane Beresford, a multi-award-winning radio producer who had a long career with BBC Current Affairs, where she produced highly researched radio documentaries from Europe, Asia and Africa, as well as interviews and lecture series including “The Reith Lectures.” The original score was created by Haig Papazian, violinist of the iconic indie rock band from Lebanon, Mashrou Leila, whose concerts electrified the region’s youth for years with its songs about LGBTQ rights, political protests and freedom. Jamal Saleh designed the series logo and is the creative director of one of the most successful online news platforms in Lebanon, Megaphone News.

Project Brazen and PRX have partnered to release podcasts to date, including the investigative story of a high-stakes scandal in the U.S. Navy, Fat Leonard, Resistance: Stories from Ukraine, and Kabul Falling, with first-person accounts from Afghanistan following the U.S. withdrawal from the region.