Predictions2020: The Year Ahead for Podcasts 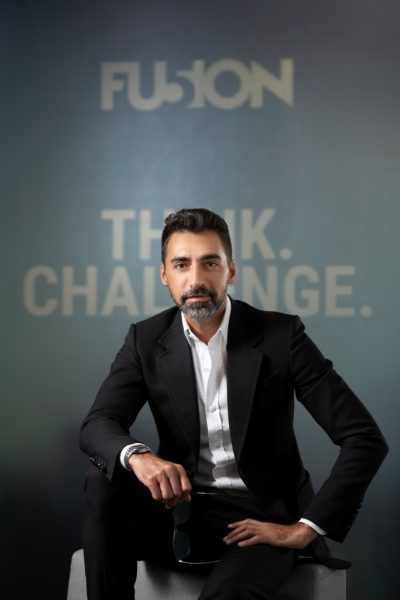 As undervalued as they have been over the last couple of years, podcasts are not only here to stay, they are here to disrupt content on a whole new level. Often discarded as yet another passing digital fad that is “not even popular in the Arab world”, podcasts have sneakily become one of the most trusted mediums. In fact, there are 1.3 million devoted podcast listeners in the UAE alone, and counting.

While digital trans formation is wreaking havoc in the media sector, podcasts are emerging as a  resilient medium, promising an unprecedented connection with consumers. Because, let’s face it, here as an attention deficit epidemic driven by an overdose of content. When you consider facts such as  the solid 94 per cent of consumers skipping through pre-roll ads, 86 per cent of TV viewers skipping ads and Facebook users spending an average of three seconds on each single piece of content, holding viewer attention is becoming virtually impossible.

Fortunately for advertisers, in the podcast world listener attention is abundantly available. Whether they are working out, entertaining themselves while they go about their daily chores or commuting, in the UAE users are listening to podcasts for up to 96 minutes a day. In Saudi, users are plugged into digital audio for an average of five hours per day, 40 per cent more than in the USA where the average is three hours. In China, the world’s largest podcast market, the podcast industry was worth $7.3bn with a whopping 600 million listeners last year, and it is growing. Podcast ad sales in the US grew by 86 per cent in 2017 alone, $314m, and are expected to have generated nearly $700m last year. Need we say more?

Manifested in the form of docuseries, comedy, education, true crime, fiction, politics, health, news,  self-help, and variety shows, with story-telling at their core, podcasts have made it into the mainstream in the region with some 500 shows created in MENA, in addition to the hundreds of thousands of internationally-generated ones. It might not sound like much at first glance, but this  marks a 60 per cent increase in just 12 months – not so little after all. If that doesn’t affirm a craving  or content, nothing will. This may seem minute in contrast with the likes of TV and radio, but we must acknowledge that this baby is emerging.

At a time when advertisers are scrambling to get on the next bandwagon to uphold consumer engagement, podcasts are the next big thing. And like every big thing it’s first-come, first-served; in consumer loyalty, that is. With the Middle East lending its ears to this diverse array of content tackling every subject under the sun, brands can’t afford not to home in on this conversation. Apple, SoundCloud, Castbox, Spotify and Google are already knee-deep into podcasts, with regional players such as Anghami and Al Jazeera following suit; the latter launching three new shows just recently. And why wouldn’t they, when most podcast listeners passionately consume content to the last second? with each podcast episode ranging between 25 and 45 minutes, and completion rates of 80-90 per cent (according to UAE-based podcast network Kerning Cultures), imagine the endless occasions to connect with consumers whose undivided attention is within arm’s reach.

But can this medium be quantified? The short answer is: absolutely. Practically, the same metrics apply, including your call-to-action and geotargeting options. Advertisers have eyes on who listened to their ads, how much of them they listened to, where they were when they listened to them, the device they used to access them and, most importantly, how well their targets engaged and responded to their call-to-action.

The only challenge that one might pick at would be the availability of content in the region and a prevalent lack of awareness of podcasts, painfully unaided by the influx of newbie podcast startups entering the sector. If anything, we view this gap as a cry for high-quality content creation in the middle East, knowing that locally relevant content is a key driver in increasing consumption. Advertisers have a golden opportunity to be part of content that matters to consumers.

Though it might be taking the Middle East a little longer to catch on to podcasts, the medium is nonetheless becoming more and more precious to many advertisers. With megatrends indicating that two thirds of podcast listeners connect using their mobile devices, the Middle East region, which has some of the highest mobile penetration rates in the world, is best prepared to engage this new digital audio channel.

Story-telling has been part of Arab culture for centuries. Middle Eastern civilisations have been fans of  the ‘hakawati’ since the dawning of time; it just took on a new digital form.