#Predictions2015: The year ahead for media specialists 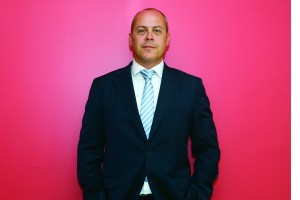 MediaCom’s Nick Barron makes the case for creative and media agencies becoming closer allies to produce a full solution, like in the past.

The year ahead for agencies and media specialists in particular promises to be one of the most challenging in recent times.

The world economy seems to be finely balanced between moving into a period of consistent growth or falling into recession. Here in MENA we have new political leaderships in Egypt and Tunisia who are trying to rebuild their economies, the Kingdom of Saudi Arabia is driving oil prices to their lowest levels in recent memory putting huge strain on local government GDP, and the political and economic situation in Russia is already impacting key economies here in leisure and real estate.

Syria seems no closer to ending the civil war. IS are still very strong in Iraq despite coalition atte-mpts to control them and Libya has become an all but closed country.

With this backdrop client spending on marketing and advertising is likely to be cautious at best. However media owners are still looking for revenue growth through inflation. There will be clear conflict here as clients will argue that the cost increases are not commercially justified. And media agencies will find themselves again in the middle being asked to find some magic formula to reduce costs. We can expect a lot of pitches, as media agencies simply can’t keep absorbing reductions in fees whilst their own cost base is increasing.

Add to this the increasing influence of auditors who have little or no real knowledge of the market, trying to bring European and North American models, systems and processes into a market that simply doesn’t function like any other, and conflict and doubt between agencies and their clients seems inevitable. Yet again intellectual longer-term strategic thinking will be sacrificed on the altar of prices.

In the short term all companies will have to make economies to keep their stakeholders and shareholders happy, but the long-term costs could be catastrophic.

We need to attract the best young thinkers to our business. But joining an industry that is permanently in conflict and cannot regularly reward its talent base or invest in consistent training and development programmes, will not seem a great idea when compared with tech, finance and engineering industries.

The current trend of actively consolidating into UAE-based central hubs with no one walking a mile in the consumers’ shoes in local countries, cities and towns will compound the problems we face.

As the fragmentation of media consumption accelerates the reality that consumers are channel-agnostic and think in content becomes even more pronounced. We need smarter thinkers who understand how to win the hearts and minds of our clients’ customers in real time. Our industry seems to offer little incentive to millennials, which will have a major long-term impact. Whilst the temptation will be to hire specialists from around the world in niche growth areas, the reality is that integration and a single thread of steel will become even more important than ever. So building local expertise working in closely knit teams has to be a far better strategy.

Creative and media agencies have to become closer allies in the way that we used to produce a full solution in the past. Which space and what goes in it, can only be one and the same decision.

With real time delivery systems, it’s critical the media planners understand what works and why and creative need to be totally on top of an ever-changing native environment. Whether we physically sit people in the same office or not will be up to individual businesses, but personally I hope my strategists will spend a lot more time ‘in conference’ with creative teams.

Maybe if all of this can happen we will start to steer a little bit away from the price of all things to a better value understanding and help clients to invest to achieve a short and medium return rather than simply buy a share of voice at the lowest possible price.

With real insight-based planning perhaps we can also get to a situation where our local awards are far more transparent and genuine. Where, when you see the announcement of a winner the reaction is, “Damn, I wish I had thought of that” rather than “What?!! How did that win?”

So in summary, it’s going to be an exciting but tough year, growth will be hard fought for. But for me the winners will be those businesses that have a clear strategy based on the longer not shorter term, invest heavily in local talent despite balance sheet pressures, and have the courage to stand up to bullies even if they get the odd bloody nose.

(Nick Barron is CEO of MediaCom MENA. This article appears in the #Predictions issue of Campaign Middle East dated 11 January 2015.)