#Predictions2015: The year ahead for ad agencies 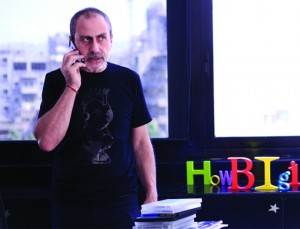 I don’t expect anything fundamentally new to happen to our regional industry in 2015, since the industry itself continues to resist change.

Opening new sub-companies next door or even adding a new division of fresh experts to its other divisions do not really change an agency. This also doesn’t make the real work coming from that agency better or more innovative, and does not change the way the agency chronologically and collectively thinks, as one team, upon receiving a brief and when creating a campaign.

At the heart of the actual survival kit of our communication industry, lies integration. This is what could help us grow organically. This is where the real engagement with the people is.

Yet, in any agency, integration needs to be the result of a synergy of talents, happily interacting in real time, not the result of a sum of talents, boringly doing their bits and pieces in isolation in space and in time. Then it is no secret if integration is not able to settle in the region, and if clients are most of the time hesitant into buying a so-called integrated work.

With the exception of just a few yearly great campaigns that deserve to be considered as integrated, with a big social conversation at their core, that are created by just a few agencies and by a few people, generally on regular briefs – and that automatically win top honors at all the awards shows on the planet – I believe that the industry’s regular creative work in the region is still stuck in the past. It is still addicted to the cult of the mass media at a time media neutrality has become the name of the game. It is still creatively uninteresting, most of the time, even in the social media, and despite the millions of hits and impressions. And it is still happy to build on a routine, instead of a new route, as if unsecured to truly, madly, deeply embrace change.

Very rare are the agencies (in very few cities) that effectively did cross the line. Did they cross it forever? Let’s assume they did, they are the glorious exception that confirms the rule. Their tremendous creative efforts and those of their daring clients who partnered with them, are keeping them walking. But is that enough to resonate in a region that’s as vast and as versatile as the Middle East and North Africa, and to create a contagious innovative movement in an industry that is always hungry for money while not being always hungry for great ideas that would bring the money?

Besides, there is the virus of scam ads that has been constantly damaging the creative potential and integrity of our industry, despite not being only specific to the MENA region.

Instead of aspiring to please only a few jurors, just imagine all the talented people in the region, working faithfully and passionately on real briefs, really partnering with a real client, championing integration for real, making a big difference on a real campaign and thus really deserving their salaries.

Imagine then how big the win for the whole regional communication scene, for our brands and for the hundreds of millions of people who would be proudly engaged. Imagine the number of great innovative campaigns that our region would showcase year on year, and that would truly set our global level of creative excellence.

Add to this a deeper commitment from all agencies, whether still behaving as traditional, or being post-traditional, digital, PR, events, experiential, media, content or integrated agencies, to effectively taking their ideas to the next level, and not accepting anymore that craft be the weak link in a campaign.

Last but not least, imagine every country in the region experimenting and finding its own mix of culturally relevant insights and innovative storytelling, creating its own communication soul. Imagine also Egypt embracing integration, Lebanon perfecting its storytelling, Saudi Arabia, Qatar and Jordan pioneering in the social media and the UAE having at last strategic and creative Emirati talents interested to sit in every agency, in order to help create a communication that truly ignites their culture, like they are now doing in their film industry.

The reality is that the communications industry in the region is dinosauring by the day. It can’t hide anymore behind its traces of lifting and Botox. It badly needs a new deal and a collective will.

And in the absence of a more relevant business model that would satisfy both parties, it needs a deeper and more exclusive partnership between an open-minded client and an agency that truly integrates, instead of the actual chaotic fragmenting of a brand’s communication into several shops, which can only lead to miscommunication campaigns.

The brand owners should also be brave and stop immersing into panic and indecision. Brands, brand managers, marketing directors that are not willing to really cross the line in their communication campaigns, will soon become the dinosaurs of their own industry.

Every day that an agency and a client are partnering in resisting change, is getting us closer to a big shake, like the one that melted the proud dinosaurs, and that could make our regional industry, overnight, become totally irrelevant, pushing hectic brands to sail on a never-ending pitching odyssey, and to strike cheaper deals with talented creative users, operating online.

Accepting to perpetuate a dinosauring industry is a mindset.

Truly changing it into an innovative and engaging industry is another one.

Everybody has to choose his/her own mindset. The countdown has started.