Predictions 2019: The year ahead for public relations, by Ahmad Itani 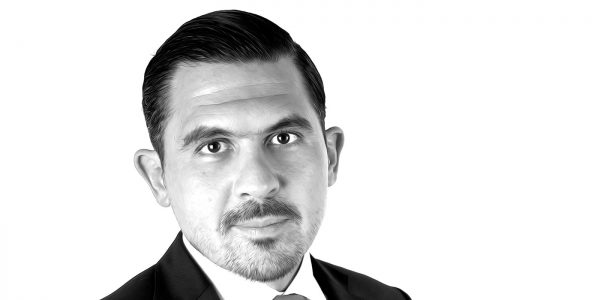 Every end of year, PR analysts and experts reflect upon the previous year and project their speculations for the coming one. What trends will dominate, what businesses need to do to generate conversions, and the impact of influencers and how we must utilise them sparingly. List after list is being published and shared by readers and key opinion leaders in the business of spreading knowledge, neither of whom are represented in any of them.

This year, rather than delve into the science behind the direction of the industry, I decided to take a step back from the numbers and look at the broader picture, granting myself a macro view free from all the data that defines demographics, habits, and trends. Instead, by placing people at the heart of my outlook, I was as enlightened as I was inspired and invite you, especially with the Year of Zayed coming to a close, not only to consider the values of honesty and integrity when considering your future campaigns, but also to pay heed to how they are disseminated.

Truth is not binary

Data miners and market analysts have long perched themselves atop pop culture and general conversations by claiming full knowledge of changing trends and the
ability to predict upcoming ones. As PR professionals, our job is also to employ a clear foresight, and the sooner we identify a change, the easier it will be for us to plan long-term campaigns and strategies for clients and partners, placing human needs and desires within algorithmic borders.

Rather than consider people as a cluster of individuals, each with their own thoughts and personalities, society at times ends up resembling a sequence of information to us,
rife with generalities and blanket offerings to categorise as significant a portion of a demographic as is possible. Though the results are consistent, and for the longest while the process worked, they no longer generate the impact they once did.

People are washing their faces clean of makeup, are proud of their bodies and who they are, and are opposed to anything and anyone that attempts to sell them a fantastical notion of what could be; they want what is. By no means am I suggesting that messages need to abandon creativity in lieu of what’s real, but the structured narrative should be compelling, relatable and tangible.

Consumers today are wary of industry ploys engineered to get their attention, and subtle tactics will no longer work. International brands are being set aside by local businesses, exuberant messaging is giving way to grounded communication, and the less customers feel they are being bundled into a pre-set group of criteria, the more willing they will be to interact with a business. While this individuality opens a door of empowerment that is highly encouraged, it unleashes a sentiment of inconsistency for businesses who now find themselves being compelled to further fragment and segment their targeting.

No longer are customers as easily moved by wit, and fictitious prospects conceived as an exercise in creativity are deemed as tired methods practised by brands who refuse to adapt to the times. This insistent stagnation is counter-reactive and acts as evidence of a brand that is either out of touch or not heeding the views of the market at large. Focusing on a core crowd by explicitly targeting your clientele is as beneficial as sitting down with hands crossed waiting for change to happen.

Ask any young individual and they’ll tell you what product placement or media training is. From billboards to radio spots to hashtag campaigns, people are exposed to a plethora of information every single day, and cutting through the noise is imperative to registering in an audience’s minds.

Brands, for example, that insist on the value of loyalty, claiming a robust clientele and employing the if-it’s-not-broke-don’t-fix-it mentality, have no place in today’s evolved market. With the astounding competition currently prevalent and the information customers have access to, status quo is the worst thing a brand can practise. Now more than ever, all it takes is one misstep for a consumer to consider alternative offerings elsewhere.

But relying on crafty hashtags, influencers or targeted messages as centrepieces for a campaign, disregarding the broader perspective under the notion of following a trend, is deemed pandering and consumers will flee towards the next best thing at the drop of the proverbial hat. Simply aligning with the digital revolution will present not an answer but rather a will to employ current trends. It’s what a brand does with these methods that makes all the difference. With a radically temperamental generation that demands rather that conforms and insists on changing the narrative of everything we have worked on establishing, these tactics are a means to utilise and a perspective from which to observe the new world, not a solution.

Authenticity connects you to your audience because it reminds them that your brand is more than some nameless, faceless enterprise only after their money. It helps build trust, makes you more relatable and emboldens the brand with consumers.

We are at the cusp of a monumental change that will require careful navigation and the determination to adapt to new methods. Though every generation brings with it its new standards and requirements, this is one that changed the way we effectively communicate among one another and has paved the path for a new-age outlook that is as captivating as it is intimidating for businesses. Yes, we possess the tools, and have even mastered them, but it is time to focus on the individual and practise transparency in everything we do.

The current zeitgeist demands humility, transparency and acceptance, but these are attributes that should never be trends; they should be recognised as timeless attributes and cornerstones for every shared idea or thought. For the coming year, let us not bind ourselves to tried-and-tested methods of communication and instead emphasise the individual. It is not advancements in the field that should be celebrated but people who should no longer be regarded as a campaign statistic.