Power Essays 2017: Back to the future – does data-driven planning restrict innovation and creativity? – by MEC 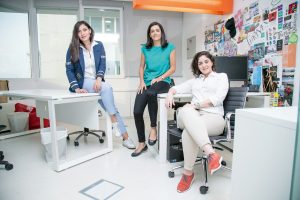 We have become an industry obsessed with data. We have created algorithms, built dashboards, and developed analytical models in our quest to strengthen our strategies and plans.

The general consensus is: the more you know today, the better you’ll be prepared for tomorrow.

Yet does this statement ring true today? Does relying on past data and behaviour make us more prepared to tackle the future? Do we need data to create innovative ideas or does data limit our creativity?

Today, the rise of artificial intelligence (AI) and machine learning enables us to forecast future behaviours and trends by analysing the past. Predictive analytics is empowering us as marketers to create communications that we ‘know’ will connect and engage with our consumers. As a result, we’re able to make more informed decisions with swifter speed and efficiency. In an industry traditionally dominated by ‘what feels right’ and human intuition, we are theorising less and anticipating future outcomes with more certainty. Yet, with an over-reliance on data and analytics, we stand to fall into some traps.

The first trap is the level of relatively blind trust we place in our data. Sometimes, key factors and variables are taken into account in our analysis, while in other cases unknown and unforeseen variables come into play, which completely throw off our predictions. For example, for weeks leading up to the 2016 US election, all polls showed that the Democratic party was in the lead. We all know how that went. It is likely that two underlying reasons were behind the failure to accurately predict the election result. First, people said they would vote for a certain party but either did the opposite or didn’t vote at all. Second, the methodology and sampling of the polls might not have been fully representative of the electoral population. We should be mindful of the conclusions drawn from data and analytics. The credibility of the data sourcing and collection should be taken into consideration, while our biases should be put aside to avoid the unpredictable.

The other, equally troubling trap we could fall into is believing that data alone could interpret the ins and outs of our very complicated brains. Human behaviour is anything but predictable. What we say doesn’t always equal what we do. In the words of the late Steve Jobs: “A lot of times, people don’t know what they want until you show it to them.” While Apple took risks and sought future innovations, others who relied solely on existing numbers missed the boat. In her TEDx Talk ‘The cost of missing something’, Tricia Wang highlights how Nokia didn’t see the smartphone as the next big thing because big data didn’t yet show a trend for a willingness to buy a smartphone. Nokia took a drastic hit to its bottom line because it did not take into consideration the importance of emerging human dynamics.

So, when do we rely on data and when does it limit the outcome? When it comes to innovation, the key is to be data-informed rather than data-driven. Harnessing the power of data means using it to its full potential without limiting the creative process. Generating the best ideas does not mean sticking within the confines of what data tells us; rather it enables us to take a step forward by discovering the unknown and questioning our assumptions. The creative journey begins by building a consumer persona, based on data and insights. It is the foundation on which we begin to build a story or a narrative. Afterwards, the creative process takes a non-linear route, otherwise anyone could follow a step-by-step guide to succeed in this field. We can be inspired by an image, a story, a movie or a person in order to effectively solve today’s marketing and communication challenges.

Intangible elements can often be the catalyst for creative innovation or a new campaign. The interpretation of data, at the end of the day, is not objective. Two individuals, or agencies for that matter, can look at the same set of data and deliver a completely different concept. A perfect example of this is the Fearless Girl statue facing down the bull on Wall Street. Everyone had access to the same data showing that women are not making it to the top of their professions, but the ad agency successfully portrayed this message using an unconventional approach.

Inevitably, gut feeling plays a vital role in creating pioneering ideas that stand out. This does not mean the data doesn’t matter; it just means that it’s not enough. Creative people know that a campaign may or may not work based on their intuition, even if the numbers show otherwise.

There is no question that the existence of and access to data is overwhelmingly positive for media and creative professionals. But it should not limit us or bound us to the now; rather it has the power to guide and inspire. Art and science have to come together in the creative process to solve today’s communication challenges.

Essentially, data tells you what is inside the box, so that you can think outside of it.