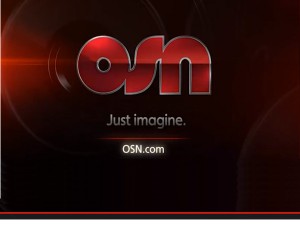 Pay TV and entertainment distribution platform OSN has named its creative and digital partners after a pitch process that involved multiple agencies.

The creative mandate has been handed to Leo Burnett. As reported by Campaign Middle East, other agencies in the fray were Impact BBDO and TBWA\Raad.

Hamad Malik, CMO, OSN, said, “We saw how well balanced an agency it is, between strategy and creative ideas. On the other side, we saw how strong a network it is, especially in two of our core markets besides the UAE –  Saudi Arabia and Egypt. Leo Burnett has a number of Saudi nationals on its team and their ability to bring in local insights from the market was evident. We saw a strong network, strategy, and balance between strategy, creative and execution. It was quite a comprehensive (pitch/review) process. After the initial proposals were received, we visited the agencies’ regional offices as well. It was an important element that was considered.”

Handling the digital duties for the brand in 2015 will be Flip Media. What swayed the decision in favour of the digital partner was the expertise of some team members specifically in the domain of Pay TV, revealed the  CMO.

“It was also the only agency in the review with a regional network. They also presented a solution for engaging consumers in the Saudi market, which was important for us. Overall, the creative ideas recommended, monitoring and reporting solutions recommended, and the social media strategy suggested was superior,” explained Malik.

The chief marketing officer categorically denied that the fact that Flip Media and Leo Burnett are part of the same group played a role in the agency choices. Media duties for OSN are handled by another Publicis Groupe entity, Starcom MediaVest Group.

The first campaign to come out of Leo Burnett will be the one for the ICC World Cup 2015, which gets underway in February.