Nothing to fear: How marketers can overcome their vulnerabilities – and even turn them into strengths 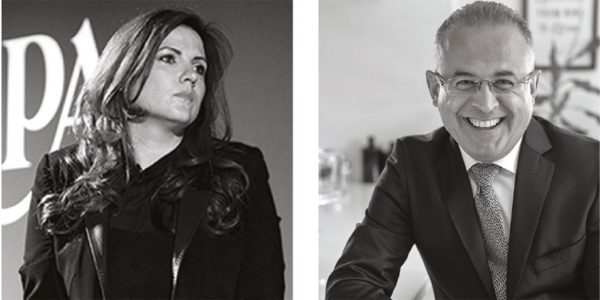 At last month’s Dubai Lynx International Festival of Creativity, The Marketing Society’s global CEO, Gemma Greaves, took to the stage with senior marketers from the region to discuss “the human side of leadership”. Campaign caught up with Greaves and Khaled Ismail, chairman of The Marketing Society’s Dubai chapter. In his ‘day job’, Ismail is vice-president of communications for Europe, Central Asia, the Middle East and Africa at Tetra Pak.

Greaves explained that the session had involved looking at vulnerability, and started with the people on her panel sharing a secret about something that makes them feel vulnerable. (The panellists had prepped for this. “If you just said that on stage, that would be terrible,” Greaves acknowledges.)

One speaker said she doesn’t have a marketing degree. Another confessed that there are times she doesn’t understand jargon. And to make this worse, when she told one of her colleagues earlier in her career, he told her never to admit that. Luckily, says Greaves, the marketer did admit it to another colleague, who was more understanding and went on to mentor her.

We all suffer from imposter syndrome, says Greaves, “unless you are a sociopath or a psychopath”, and are often reluctant to ask people to explain themselves for fear of looking foolish and being found out for understanding or knowing less than we feel we ought to.

This can both damage our morale and hamper our understanding as a self-fulfilling prophesy. If we are scared to ask a question, we won’t get the answer that would allow us to understand and do our jobs better.

So leaders need to create “safe spaces”, say Greaves and Ismail. This means speaking openly about vulnerability and making sure that everyone in the organisation knows that no question is a stupid one. “If you ask me what’s for lunch, that’s not a stupid question,” says Ismail. “‘Thank you for that question, this is what’s for lunch, now back to business.’ Allow people to ask any question they want, and it’s OK.”

If someone asks a question and other people in the meeting or audience giggle, then explain that’s not acceptable, he adds. “You defend them and you allow people to have that question, so you’re taking the lead position in enabling this [culture of questions] to happen.”

First cousin to imposter syndrome – the fear of being found out – is a fear of failing. Greaves and Ismail also spoke about ways to counter this familiar aversion.

Most of the time people are happy to reach a seven out of 10 on a hypotherical performance scale, she explains. It’s a good result. It’s slightly above average. “That’s perfectly acceptable; that’s great,” she says. “But if you create a culture, a company, a team … where you’ve got to go for it and reach those 10s, you’ve got to accept that you’re going to get some threes along the way.”

When you encounter missteps – or even “epic fails”, as Greaves calls them – you need to “embrace them and share them”. Ask: “What are the learnings from it? How can we all learn from it as leaders and as teams so next time we can do it even better?”

Ismail explains how that might work in a practical sense, if he had allocated a budget to an agency’s ambitious idea and the agency came back to say it had failed.

“I would love the fact that they have had the honesty to admit. No one’s perfect,” he says. “It would be worse for them to pretend there’s a great campaign and then I find out about it in the metrics and say, ‘You’re selling me stories here, and I will not trust you again,’ rather than coming to me in the right context and saying we’ve learned something through this process . We can call it ‘I failed’ or ‘I’m learning something’.”

He adds: “I would say that if you come across as genuine about what you’ve learned through the process, and you’re being genuine, that we have not hit the mark together, what could we learn together? Of course, I want my money to go further. I’d expect more from you, more effort, more time. You’ve got to make it up to me, but with me trusting you. Because if you come to me and we’ve lost the trust, I’m not going to give you the chance to do anything else.”

That conversation sounds like it could be unpleasantly frank, but ultimately productive in terms of growing trust between client and agency.

We can expect more “uncomfortable conversations” from The Marketing Society, says Greaves. The organisation’s purpose is “to inspire bolder marketing leadership”, she explains. These conversations will include discussions about mental health, gender stereotyping and neurodiversity. The Marketing Society is also looking at a “Ones to Watch” programme for training up-and-coming marketing leaders.

All these conversations and activities, no matter how uncomfortable, will help drive growth from a marketing leadership perspective.