Beyond human: Farid Chehab’s book will help prepare the children of today for a future where man and machine will merge 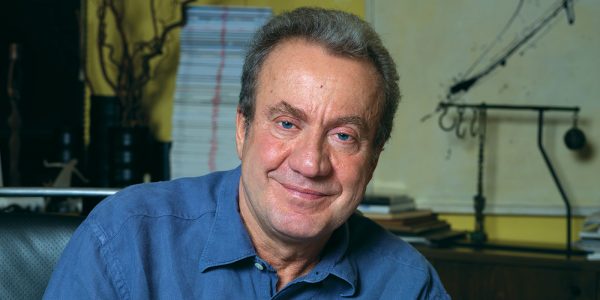 Best known in advertising circles as the co-founder, chief creative and now honorary chairman of Leo Burnett Middle East, Farid Chehab spoke at the Dubai Lynx. But he wasn’t spinning an agency line; he was promoting his new book, A Bridge Over the XXIst Century, published by L’Orient Le Jour.

He says he wrote the book not as “Farid the adman”, but as “Farid the curious”. “I’ve always been curious about everything,” he says. “I’m old but my mind is still intact and I want to keep on producing. I want to give back all of what I learned. I think it’s a very fair deal, to be able to be good to others as much as people have been good to me. I want to impart my knowledge.”

His book is about coping with the technological changes of the
21st century.

It was released at around the same time as Israeli historian Yuval Noah Harari’s 21 Lessons for the 21st Century. Chehab calls Harari a genius and says the two titles are complementary. They are “not competing but completing each other”, he says. “[Harari] tells you the whole story about the many, many hurdles that we are going to face in the 21st century with the digital age coming,” he explains. “I had the same idea. I wanted to write a book about what to do in front of the digital age. But I put a lot of emphasis not on the facts but on the attitude.”

To change humanity’s attitude towards technology, we need to change the education system, says Chehab. By the time today’s infants grow up and enter the workforce, many of the jobs we take for granted will have disappeared. Artificial intelligence will take on a much larger role in our lives and in the economy. And tomorrow’s society – today’s children – will need different skills to adapt to it.

Currently, says Chehab, children are still taught in school how to absorb knowledge, learning facts and memorising information. But in today’s world of Google and Wikipedia, and even more as the breadth and depth of knowledge
at our fingertips broadens and deepens, knowing stuff will not be nearly as important as knowing how to find information, and knowing how to evaluate it. 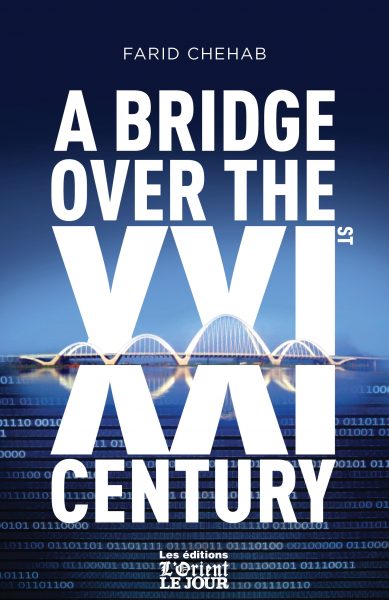 Eventually, humans and artificial intelligence will combine to become what Chehab – borrowing from the title of another of Harari’s books – calls Homo deus. This will be the next step in human evolution, superseding Homo sapiens, who will die off as a race.

There will be “no place” for those who don’t bring technological value to human wellbeing, he says. “The new man, the Homo deus as I call him, will take over. Intelligence has always worked to scrap everything that was not useful any more. Intelligence made the dinosaurs go because they were not useful any more to progress. And when Neanderthal man came, intelligence made him unable to carry on, so Homo sapiens came in. Homo deus, the new man, the new humanity, sooner or later will take over. So those who do not want to adapt, unfortunately, will vanish.”

Kids must learn to be either great scientists or great artists. “You need to really have a very solid mathematical mind and a really strong creative mind,” Chehab says. Numerical literacy is unavoidable: “You cannot get out of numbers.”

However, creativity in its wider sense will also be important. “The second thing [after the primacy of maths] that will never be changed by artificial intelligence is our imagination and our conscience,” says Chehab. “That leads you to creativity, to pure creativity.”

And there will be a need for that. Not just for out-of-the-box thinking and problem-solving, but also to generate entertainment. “Entertainment is an immense field,” says Chehab. “Because you will need to entertain 6 billion or 7 billion people who have got the time to be entertained. Entertainment on the level of art has a future.”

Artificial intelligence will never have the imagination and creativity of humans, so it will never overthrow its creators. Rather, it will work hand-in-hand with us, producing that new species of Übermensch, Homo deus. Those who don’t adapt will be wiped out.

“Probably the Neanderthal did not want to be removed,” he supposes. “But he was removed by the effects of time. It took 20,000 years. Now, with the digital age, it can take much less.”

Evolution from Homo sapiens to Homo deus will be much more rapid than previous steps in human evolution, says Chehab. Adaptability and resistance will be key to making that shift.

Through a career in advertising, Chehab has learned that the communications industry makes you understand “everything”. He says: “When you are good in communication you have a duty to understand the working of the world today. You are immediately alerted about all things. You can forecast because you are in the group of those who create the future.”

That is what Chehab is doing: creating the future. And making a road map for his children and grandchildren to follow, to make sure they are prepared for the world he has helped to create.