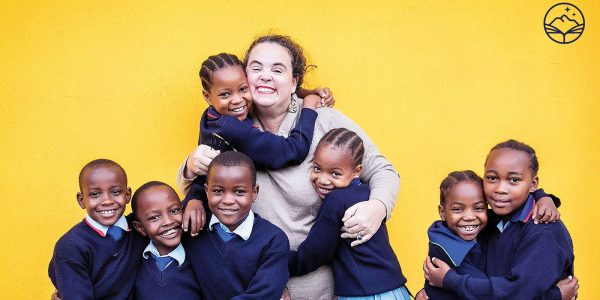 In late March, representatives of The School of St Jude travelled from Arusha, Tanzania, to the UAE. The school’s founder, Gemma Sisia (pictured), was joined by a recent graduate of St Jude’s, Godwin Silayo, and the school’s supporter development facilitator Leonie Trubshoe.

If that name sounds familiar, Trubshoe worked in Middle East public relations from 2005-2013, with MS&L Dubai, Cicero & Bernay Public Relations and Kempinksi Hotels Group, among others.

Sisia and Silayo have recently returned from a one-month tour of Australia, where they gave more than 75 presentations to try to encourage people to come on board as sponsors for St Jude’s pupils.

The School of St Jude is a not-for-profit private primary and secondary school that provides free education to local and boarding students. It currently has about 1,800 students enrolled, and a further 250 former students are undertaking community service or enrolled in universities around the world.

Sisia and her team were in the UAE to try to raise further funds. One reason they are looking to the Middle East region is that St Jude’s plans to open a girls’ school to complement the existing co-educational establishment, and this new facility will particularly benefit Muslim girls.

“We provide an equal opportunity for all students, regardless of religion, tribe or gender,” says Sisia. “But we love to empower our female students and we would dearly love to see more Muslim female students given the same opportunity to be future leaders in Tanzania.”

Muslims make up 21 per cent of the school’s current roll. But in Tanzania, Muslim girls are often pulled out of school after primary years by traditional families who frown on their daughters mingling with boys.

St Jude’s has tied up with International Lions Clubs Middle East, a voluntary, not-for-profit association that aims to help communities on a local and global scale. This partnership will allow Sisia and her team to raise money in the UAE, which has strict rules on fundraising.

St Jude’s pupils are largely sponsored by individuals, and the same model will apply to the new girls’ school. Sponsors agree to pay an amount each month towards a particular pupil. It costs AUD240 ($170) a month to sponsor a child, although partial sponsorships are available from AUD60. This will pay for teachers, food, accommodation, uniforms, books and more.

Some sponsors ask to support a child who mirrors their own. For example, the middle-class parents of an eight-year-old in Sydney, Australia, might request to sponsor a pupil of the same age. They will receive school reports, updates and letters from that child, and the parents may use their correspondence and updates as a learning tool not only for the Tanzanian pupil but also for their own son or daughter, allowing both children to form a connection with a very different way of life.

Silayo’s sponsor was called Alex and was from Newcastle, Australia. However, Silayo will now be sponsored by The Mastercard Foundation to study electrical engineering at the University of Rochester in New York state. He is currently teaching maths and physics in a government school in Tanzania for a year before he travels to the US, passing on his learning to more than 250 other students. To be eligible for one of St Jude’s limited number of tertiary education sponsorships, students must first spend a volunteer year giving back to the community.

There are corporate sponsors too, although Sisia says they tend to also come through word-of-mouth and personal connections. For example, a CEO might have sponsored a child and then expand on his personal benevolence by making sponsorship part of his company’s CSR programme.

And St Jude’s will also take one-off donations. Sisia named the school after the patron saint of lost causes after a friend gave her her first donation – of only AUD10 – when she started the project. Today, donors are still welcome to give $10. Or more. This won’t go towards sponsoring a specific child, as sponsors’ funds do, but will be put towards helping one of the “couple of hundred” unsponsored children the school has at any time, waiting for sponsors to come on board. Or it might be put into another fund for “the area of greatest need”, which insures against emergencies and unexpected expenses.

The school’s graduate programme, Beyond St Jude’s, is growing, and former pupil Silayo is a good poster boy for it. He hopes to use the skills he will learn at university to help build his country’s electricity capacity, a cause close to his heart as he grew up in a house without electricity. He says he has been to Australia, so doesn’t think the culture shock of New York will be too surprising.

The School of St Jude’s doesn’t advertise. It is a non-profit with high costs but limited funds. Rather, it relies on emails, newsletters and word-of-mouth. And Sisia’s annual trips to Australia and beyond to present her project’s credentials to potential backers.

The school is looking for support where it can get it. Whether that is from people sponsoring, spreading the word or – she hopefully suggests – adopting the school as a CSR cause. If there is a brand or agency out there looking for a good cause to work with, Google “St Jude’s Tanzania”. There are 1,800 kids waiting for your call. 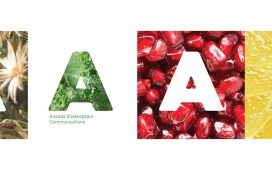