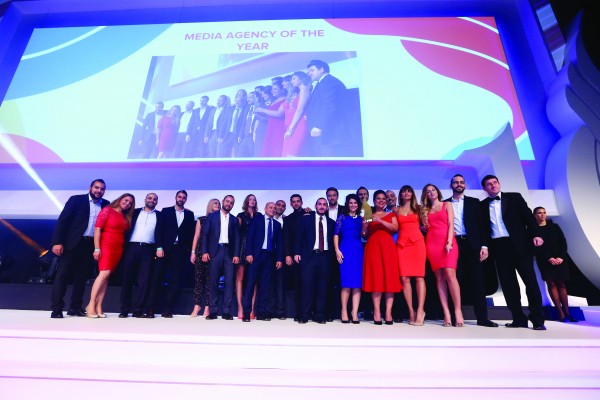 Named media agency of the year for the first time at the Dubai Lynx, UM MENA’s chief executive, Chris Skinner, tells Iain Akerman why the award is not the result of the agency’s recent successes

It’s always nice to have a bit of variety. Chris Skinner, UM MENA’s chief executive, will probably agree. After all, his agency has been named media agency of the year at the Dubai Lynx for the first time, breaking the strangle hold of Starcom Mediavest Group and its three-year run of success.

The agency’s win should not come as a surprise to anyone who has watched UM over the past few years. Last year was its best ever in the region, recording 17.5 per cent growth driven by an excellent track record in new business wins and the rapid rise of other services, most notably social, digital, data and content. It won more than 45 new pieces of business; saw its social media department, UM Society, grow by 500 per cent; launched branded content division UM Studios; and launched its technology and innovation department, UM Labs.

However, Skinner attributes the agency’s Lynx success to none of the above. “We are always delighted to win awards and accolades and this prestigious award is really great for the agency though it was never a target or [a] result of our recent success,” he says. “Our philosophy is very clear – we are 100 per cent focused on continually doing great work for our clients first and any awards are secondary to this.”

Media agencies hardly ever perform well at the Dubai Lynx. The same applies this year. It can be argued that the media agency of the year title is effectively won on the back of work done by creative agencies. So why aren’t media agencies winning on their own merit? And why has all the talk of media agencies hiring creatives failed to reveal any tangible results?

“The Lynx (and indeed most award shows) is primarily a creative agency award, with the majority of effort focused on this, which perhaps answers the first part of your question,” replies Skinner. “As for why UM won the agency of the year there is a real reason which we are rightly proud of – we are the only media agency to actually produce a large amount of shortlists from work which was generated by UM (the ideation, strategy and implementation) and indeed we produced a great piece of work called ‘Dettol Hajj’ which was originated by UM and won a silver award. Additionally UM worked on many successful campaigns for our clients where we were an integral part of their success.

“I find the last part to your question the most interesting and perhaps I can give you a glimpse to the future and certainly UM’s positioning which is perhaps why we look at things differently. Your assumption is that if we have a creative team the only results, which matter, are that we should win more awards at a creative show? I think this is perhaps where a misunderstanding of what UM’s creative and content team are built to do. We do have a creative director, a genius, and a full content team and they are all brilliant. The team’s role is to focus on exactly what we offer to clients and is required by clients – firstly, as UM is arguably the largest social media agency in the region, we produce fantastic digital, social and video content for all the brands we manage on a daily basis all backed with brilliant ideas, strategies and an implementation which delivers results.

“Secondly their role is to enhance our communications strategies, to bring in a different perspective on ideation, and how we can connect our client’s brands better with consumers. We will produce brilliant work on a daily basis and if it fits into a future award show then we will enter and hopefully win, not the other way around.”

What about the overall quality of media agency entries? Where are they going wrong? How must media agencies change?

“At a general level I think this region produces some amazing work, whether by a creative or media agency or together,” he says. “Where I feel the media agency’s let themselves down is naivety in their approach to award shows where the creative agency have a much more ‘polished’ machine in producing entries and style which is more appealing to the jurors.

“Another issue is the actual awards shows themselves. I would like to see them develop a little in their approach and how they measure campaigns and particular for media campaigns. The measurement of success is still too based around a visualisation of an idea rather than how well that idea affected consumer behaviour and drove brand and business results.”

What next for UM? Where does it need to improve? How will it be evolving in the coming year?

“I am so excited about what we are doing as an agency at the moment and we are simply trying to improve on everything we do,” replies Skinner. “Aside from the ‘normal’ stuff we are putting a huge effort into changing our approach to recruitment and people management to reflect our changing business needs but the biggest thing we are doing is around real-time data analytics, which feeds straight into our communication planning. We have been working on this for a while and it is making a massive difference to the way we work and how it impacts our client’s business and brand decisions is amazing. It really is game changing.”