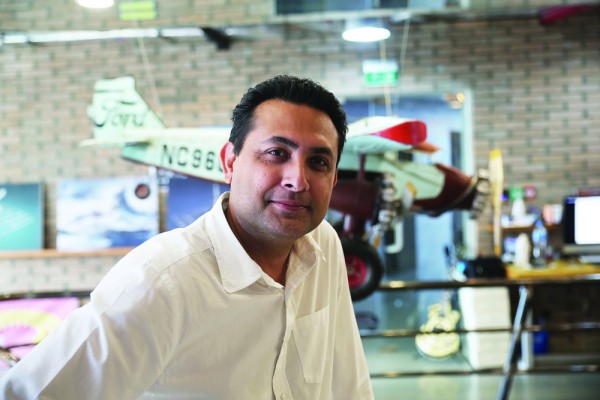 MullenLowe MENA has announced the appointment of Shahbaz Zobairi as the agency’s new executive creative director.

An award-winning creative with 19 years of experience under his belt, Zobairi has worked for a number of agencies such as Asiatic JWT, Interflow, Ogilvy, Fallon and Carmichael Lynch, and has created work for major global brands including DHL, Porsche, Pepsi and McDonald’s.

Describing himself as a ‘global citizen, creative junkie, technology geek and art lover’, Zobairi said:  “My past does not define me, it has enabled me to learn and grow into what I want to be tomorrow.”

Zobairi will take over the role previously held by Mark Lewis, who died suddenly in May this year.

Paying tribute to him at the time of his passing, MullenLowe MENA CEO Mounir Harfouche described Lewis as: “The most committed, loyal, positive, pure person I have ever met.

“We have been one for almost 10 years. Mark’s mind and soul are both so engaging, so giving, you feel like you lost a huge part of you when he is not around.”

A digital marketing veteran of
20 years, Butterworth joins the Dubaibased agency from the  Mccann Worldgroup, where he was part of McCann’s  digital strategic task-force.

His role involved helping to develop and head up new digital and social strategy offerings for the McCann and IPG worldwide agencies, reshaping the role that strategic practices should play within a modern integrated agency.

Counting global brands such as Unilever, Bentley, Dominos and  Hewlett Packard on his CV, Butterworth will bring his experience to help MullenLowe MENA implement its “hyper-bundled, integration model”.