Motivate Val Morgan’s Deputy Marketing & PR Manager, Dumindrini Ratnayake shares her thoughts about the effect of COVID-19 on cinema, and how the industry and business will look post-pandemic 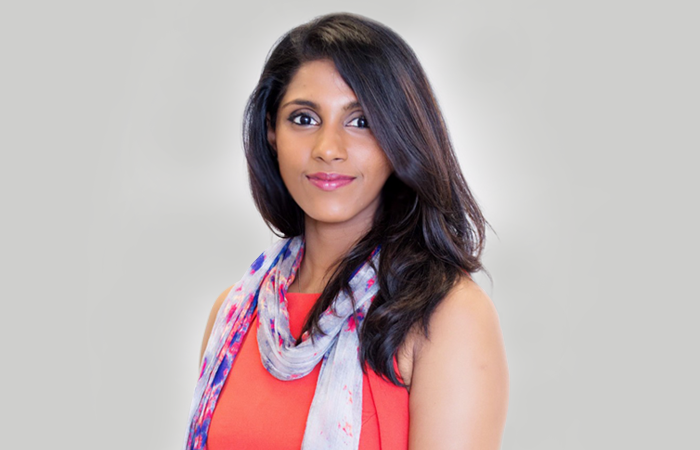 It doesn’t matter if you own a 90-Inch Smart 8K QLED TV with a Bang & Olufsen surround sound system, because the visual effects in Avatar, sound effects of Jurassic Park, and the fight back by the Avengers will always be superior when viewed on the ‘BIG screen’.

There’s no denying… subscription-based entertainment has revolutionised our relationship with SMALL screens and the way in which we watch movies on them, especially during the three-month COVID-19 lockdown we have all gone through, and just coming out of. From the level of convenience streaming platforms offer – sitting on a sofa in the comfort of your home, to the variety of content (series, movies, reality shows and documentaries) available at a click of a button – all for a nominal monthly subscription, streaming platforms are here to stay…. but so is cinema!

While the battle of the Avengers vs. Thanos and Justice League vs. Steppenwolf takes place on screen, there has been a real life clash between SVoD and cinema intensifying off screen.

I myself am a subscriber to Netflix, Amazon Prime, Disney+ and HBO, but I am also an ardent fan of cinema, as it was a big part of my childhood. As grateful as I am to have such diverse content at my fingertips that can be watched ‘on demand’ from anywhere, across multiple devices (TV, mobile phone and laptop) – especially during the COVID-19 lockdown which kept us isolated for long hours at home, my in-home movie experience is no comparison to watching a movie at the cinema, similar to how watching a football match on TV is vastly different to the experience of watching a live match amidst an audience of spectators in a stadium.

Going to the cinema has always been a hobby, pastime, getaway from reality and an outing for families, friends and couples. It’s an event that gets us out of the house and gives us a place to hang out for a couple of hours (in a minimal distraction environment), watching the newest movies on a wall-to-wall BIG screen with great sound quality. It is also an immersive, emotional and all-encompassing experience. From the aroma of freshly made salty popcorn, to digging into a box of cheesy nachos and the refreshing taste of a cold Coke/Pepsi, all whilst watching a movie in an auditorium filled with passionate and equally excited moviegoers, the amalgamation of all these elements is rather infectious, addictive, uber-enjoyable, and has been so for over a century.

Then comes the question of declining box office revenue and how OTT revenue will overtake cinema. According to Comscore, global box office revenue hit a record $42.5 billion in 2019 (despite a mixed performance in North America, where combined ticket sales came in at $11.4 billion), International box office exceeded the $30 billion mark, and 2019 global audiences continued to increase their appetite for the theatrical moviegoing experience.

As we are all aware, it’s the big blockbusters of 2019 that created momentum to push box office earnings in an upward direction, and this stands true for any given year at box office. There were multiple big releases in 2019 which included: Avengers: Endgame, The Lion King, Frozen 2, Spider-Man: Far From Home & Captain Marvel, and these among other noteworthy movies did extraordinarily well with audiences in cinemas around the world.

As long as film directors continue to create cinematic content that is meant to be watched on the BIG screen, distributors market movies with timely theatrical release dates and cinema exhibitors continue to innovate, diversify and offer world-class service standards, audiences will continue to patronize cinemas to watch and experience movies it in all its glory.

So have the likes of Netflix been detrimental to cinema? The simple answer is no! While naysayers proclaim that the medium is dying because no one is going to the movies anymore, I am of the belief that competing mediums serve to enhance the value of the cinema experience. Cinema slayed TV, videotapes/DVDs and survived, so how are streaming services any different? SVoD will never be a substitute for moviegoing, it merely provides a different way to watch movies. It also provides healthy competition, pushing cinemas to withstand challenges and seek new opportunities to stay ahead of the game and retain its consumer base. From diversifying its offerings (loyalty programs and airing a variety of other content such as concerts and sporting events), to introducing new premium formats and seating, and launching new concepts (outdoor cinemas and most recently bringing back the ‘old but gold’ drive-in cinema concept), cinema will evolve and will continue to do so in order to remain relevant for generations to come.

As the famous quote by Sterling Bagby of B&B Theatres goes; when anyone expressed doubts about the cinema industry, “Everyone has a kitchen, but everyone still goes out to eat.” Now there’s some food for thought!

Cinema will survive the COVID-19 pandemic

It has been a dreadful time for the global film industry with COVID-19 on the loose. Multiplexes around the world were shut for over three months, with most markets only recently opening up for business – screening previously released blockbusters from recent years. With no shortage of people declaring the death of cinema under normal circumstances, we are now faced with people proclaiming the COVID-19 pandemic as the demise of cinemas. But if history proves anything, it’s that cinema will in fact survive this bumpy phase and continue to shine its magic on audiences. After all, it has survived a host of challenges in the past, which include advancements in technology, world wars and past contagions.

The film industry during World Wars operated as an important source of communication to the people on all sides. During this time, cinema was one of most popular forms of entertainment, for the medium was utilized, not only to entertain, but also uplift spirits, motivate and inform audiences. Cinema was an important tool for propaganda and was also a powerful force that unified nations. Then there was the ‘Spanish Flu’ – a global pandemic that spread rapidly and claimed the lives of at least 50 million people worldwide. When the Spanish Flu hit, cinemas around the world closed its doors, not quite in a similar fashion to how it did for COVID-19 (all at once), but more on a country/regional/government basis. Production companies were said to have withheld new releases and Hollywood pushed the brakes on making movies during this tragic time in history.

Cinema also played a critical role post ‘The Great Depression’ of 1929, for it was one of the most affordable means of escape and successfully kept the public entertained. Gone with the Wind which released in 1939 was born out of ‘The Great Depression’ and was one of the best known and most successful films of all time – reigning for more-than-30-years as the all-time Hollywood box office champion, until Avengers: Endgame of 2019 took its spot on the charts, claiming the title – but if factoring in inflation, Gone with the Wind remains the biggest film of all time.

Numerous theatre companies have run research studies to gauge moviegoing behaviour over the past couple of months and they all point to relatively the same thing – audiences are looking forward to returning to cinemas! Findings from a research study by VOX Cinemas – leading cinema chain in the Middle East, revealed that 98% of respondents intend to return to movie theatres soon after reopening and 75% of respondents were eager to return to the cinema within just four weeks of reopening. Similarly, in the third wave of research conducted by NCM – the largest cinema advertising company in the US, 93% of respondents miss going to movie theatres to watch films (vs. 91% in Wave 1) and 82% prefer watching new movies at a theatre vs seeing it at home (vs. 77% in Wave 1). It’s clear that audiences are eager to return to cinemas upon reopening, but will there be new cinematic content to gorge on this year?

Yes, the theatrical release calendar for most movie titles seems to be in a state of disarray at the moment due to the COVID-19 pandemic. In fact some have gone straight to SVoD services – Universal Studio’s Trolls World Tour and Bollywood’s Gulabo Sitabo. Nevertheless, quite a few are staying on course – Tenet, Mulan, Wonder Woman 1984, Black Widow and No Time to Die (to name a few), with release dates pushed back to August, October, November and December 2020 respectively. We are still at infancy in terms of coming out of our homes to a ‘new norm’, post COVID-19. However, as long as movie theatres maintain social distancing and abide by strict safety and precautionary measures to ensure a safe and enjoyable experience, audiences are bound to return to cinemas upon reopening – may not be in large numbers at first, due to lower occupancy capacities to ensure social distancing, but will pick up once the blockbusters start to light up the BIG screen.

Lastly, humans are of social nature and we also tend to forget. After all, it was our social nature that made social distancing hard to adapt to, which in turn contributed to the rapid spread of the coronavirus. And of course, people forgot previous outbreaks such as the ‘Spanish Flu’, ‘SARS’ and ‘MERS-Cov,’ for life did eventually go back to normal. The beauty of being part of a species that is both social and forgetful is what will eventually restore confidence in life post COVID-19 and in the future of cinema. With offices, restaurants and shops reopening, and countries opening its borders for travel, people are increasingly gaining more confidence by the day, and it is only a matter of time until people realize that they’ve missed the immersive experience of a century-old-ritual that can never be re-created at home.

What should the cinema industry, associated businesses and audiences do for now?

It all comes down to being resilient, patient and keeping the faith!

Be patient till the virus subsides and is totally out of our lives. Be patient for cinemas across the world to reopen and for new content to hit the BIG screen. And of course, be patient for cinema occupancy rates to increase. The reality is that recovery takes time, patience and collective effort. Rome was not built in a day!

From purchasing your ticket, settling into your allocated seat, eavesdropping on pre-movie audience chatter, to the sound of munching on popcorn and the dimming of lights for the movie pre-show (who doesn’t fancy watching upcoming movie trailers with a mix of ads in-between), to the actual start of the movie, there will always be something rudimental about visiting a cinema with friends and family, or even if going alone.

Going to the cinema is a ritual and a place where transcendental stories are brought to life. It can never be replaced by any other platform, nor will it be destroyed by a pandemic. In time, this much-loved form of entertainment will once again rise like a phoenix from the ashes of adversity.