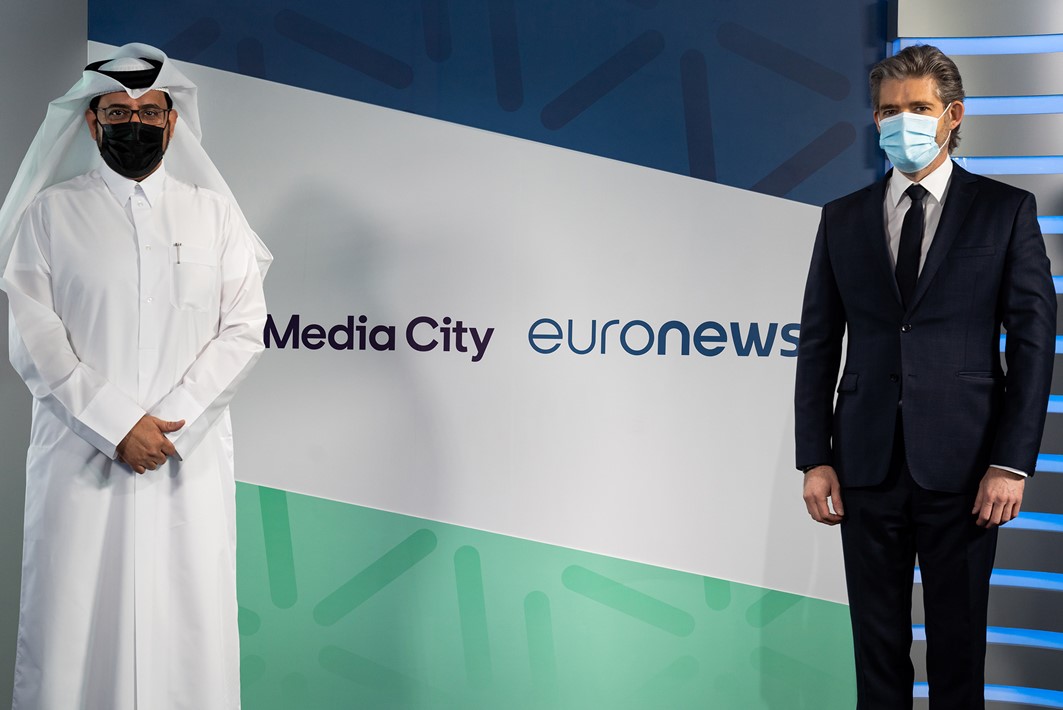 Media City Qatar announced it has signed a strategic partnership with Euronews, one of the most renowned media networks in the world. The agreement is considered an important milestone in Media City’s effort to attract major media networks to Qatar.

The agreement will lead to the establishment of a regional office and a media academy in Media City Qatar, with the aim to build the capacity of young media professionals and students. Through their deep media and creative expertise, Euronews will design high-quality training programs that include opportunities for both Qatari nationals and residents.

Euronews Academy was created to empower students, young professionals and media executives with the latest journalism techniques to create content and successfully run a media in the new digital era.

With 28 years of experience in delivering trusted news, creating original stories and developing innovative ways of doing journalism, Euronews has partnered with one of the best media and journalism schools in Europe to design in-depth training modules for each media and to develop teaching methods that have demonstrated success among media and journalism students and professionals of the industry.

Euronews Academy program in Qatar will consist of the creation of a state-of-the-art e-learning platform on which innovative e-learning modules and live training will be available in English and Arabic. The dedicated space at Euronews’ office in Media City will deliver onsite training and an ambitious educational program in partnership with local universities including lectures, shadowing and internships alongside Euronews teams of experts in Doha and Lyon.

“We are proud to be partnering with Media City Qatar to launch our ambitious Euronews Academy programme in the region. Euronews has for nearly three decades now been an example of trusted fact-based impartial journalism. We are excited by the opportunity we have to share our expertise and know-how with young generations of budding media professionals based In Qatar”, said Michael Peters, Chief Executive Officer of Euronews.

The agreement between Media City and Euronews also includes locally produced programs which will be created by Euronews targeting all age groups, with a special focus on youth. Programs will cover topics such as business, culture, entertainment and current affairs. All programs will be available on Euronews’ various editions and platforms.

“This partnership represents an important step towards establishing Media City as one of the favourite destinations for worldwide known media institutions and technology companies. We aspire to sign more strategic partnerships of this kind and hope that this will lead to greater development in the media sector throughout the region”, said Mr. Mohammed Al Sada, Chief Executive Officer of Media City Qatar.