Dani Richa, chairman and CEO of Impact BBDO, the agency behind An-Nahar’s The Blank Edition, explains what it means to be the first agency in the Middle East to bring home a Grand Prix from the Cannes Lions 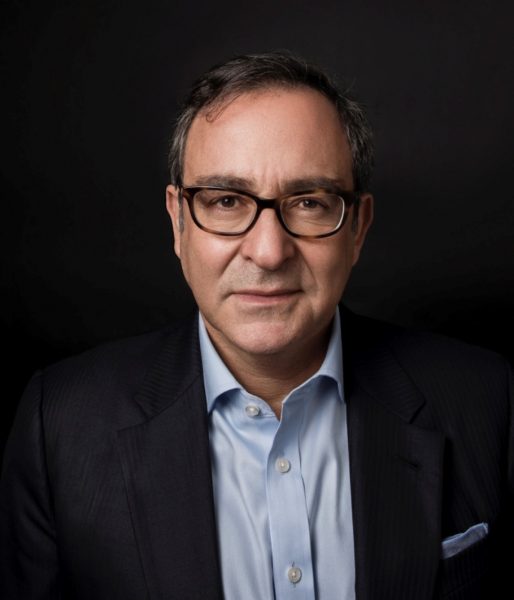 Our work this year was good and we went to Cannes with a bit more confidence than in previous years because we had had a fantastic Dubai Lynx, winning a total of seven Grands Prix. The Blank Edition campaign, specifically, which won the Print and Publishing Grand Prix in Cannes, had already picked up three Grands Prix, so to be honest we went there thinking and hoping it would pick up some metal and we were aiming for Gold. We didn’t see a Grand Prix coming!

Maybe we didn’t see a Grand Prix coming because we’re not used to our region winning Grands Prix and this has been something out of reach for us as a region previously.

So when I first heard the news, I asked twice to make sure I had got it right. There was a bit of disbelief and then I realised it is for real and that the moment had finally come for us to get the recognition the region has earned over the years. For that I have to give credit to my agency, to the amazing people I have the chance to work with, but also to our competitors and colleagues in the industry who year after year are doing great work, gaining the respect of worldwide jurors.

This year we had a record number of jurors from the region, again testimony to great work that the region has been doing. Maybe with winning a Grand Prix now, as a region we can ask to have a jury president from our part of the world.

This has been a journey for us as an agency, for our colleagues and competitors and for our clients. This changes everything for us. It has raised the bar high. Our expectations are now higher, and next year as an agency and as a region we will be aiming for the highest recognition in the show. Hopefully we will not be the only agency doing well.

It has not been an amazing year for the region. Although the work has been good, maybe we faced tough competition from around the world. The region, currently defined by the Lynx and Cannes Lions as Middle East and Pakistan, won a total of 15 Lions, I believe, and we at Impact BBDO are very blessed and fortunate to have won 13 of those Lions. It is also very rewarding to have won all the way from the Young Lynx competition (that our team in Beirut won a Bronze Lion for) all the way to the Grand Prix, on six different campaigns and collaborations from offices across our network. It is also great to see different teams and different clients achieving recognition on a global stage such as Cannes.

Now there’s no turning back. We have entered the club of giants and our objective is to stay there and to continue punching above our weight and living up to the BBDO Worldwide reputation, doing great work that is celebrated and recognised.

It’s no longer enough to win metal, to win Gold – even though we are very happy to win Gold! Our aim is to win the very highest recognition. Having done it, we know that we can do it again. We know that the jury will look at our work with the same interest as they view work coming from Brazil, New York, London and all the creative capitals of the world.

The bar has just risen and we are going to keep it there and try to keep pushing it up – and this is not just us as an agency but as a region. I have had so many congratulations from our competitors. A lot are happy for us and happy for the region. The only way is up. It’s not easy and has taken years to get there, but it is as a result of years of reputation building and credibility building for the region as a whole.

Clients are definitely asking for it and the reason they are asking for it is they believe we can do it and they believe it is possible. I had clients call to congratulate us as an agency and say, “You know what, next year we want to be up there with you on stage.” It’s fabulous because we can’t do it without the amazing clients aligned with us on ‘The Work, The Work, The Work’.

We live at a time where there is so much clutter out there that only the best ideas stand out and creativity is more crucial than ever.

For me this is a very important win personally, as the agency came together as a whole, where everybody played a key role. I even put my creative hat on and stepped back into the kitchen to join our amazing creative leadership and the different teams. And this resulted in a great body of work that is not only celebrated at awards shows but has left an impact on the markets it ran
in, selling more products and services but also – very important to us too – making our small contribution to a positive change in the world.

It’s so great to see the first Grand Prix for the region comes from Dubai – where creativity and innovation are at the heart of the city.