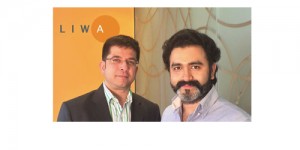 Media duties continue to be part of the offering, but not a priority for Dubai agency.

The 25-year-old Dubai-based Liwa Advertising is zooming in on branded video content. It was an area that came into focus for the agency when Sagar Rege, the son of agency founders Suhas and Priti, joined the business formally after a course in films from the US, in 2006-’07.

Back then, all the areas of business (print, radio, BTL included) contributed 95 per cent of revenues, while the rest came from ‘moving content’, explains Rahul Kantharia, COO, who came on board two years ago. “Today, it is a happy situation of 55:45, with branded content being a huge part of the business,” he revealed, in conversation with Campaign Middle East.

While the other parts of the business remain the larger chunk, Sagar would rather channel the agency like a boutique, with specialised focus in some areas – branded content featuring prominently among those. Scale with the sacrifice of specialisation is not among priorities.

“In the early days, it was primarily commercials and corporate films that we handled. The way we did films, we would produce them in-house. I design the production, and we would work with line producers and talent. It’s still the same but the branded content format demands a different mindset,” noted Sagar, who is an ad film director himself.

On the scope for branded content, he said, “Branded content as a discipline is fairly virgin to the territory (region). The numbers (video views) are very encouraging. With a young demographic in the region, it was a no-brainer to move into a moving content format.

“Not for a moment are we saying that print or something else doesn’t work. But unless you have deep pockets to get the threshold of visibility required, we’re telling them there’s an opportunity here.”

And it’s not just the smaller clients without large budgets who are amenable to the option. Initial success with Emirates NBD has seen the brand grow its branded content offering with the client, the latest being a music video. Work on Lipton is on Liwa’s showreel for branded video content too. For Lipton, the agency handled a video content project, and has gone on to become the AoR for branded content and BTL.

“Clients are buying in given the advantages of branded video content. And these formats need good storytelling, not the most expensive cameras,” said Rege.

On billing, branded content would fall short of television commercials (on average), but it could well make up on volumes, he points out.

Media buying not in focus

The agency continues to handle media planning and buying, for traditional and digital media. For the branded content play, it helps that the agency has an in-house understanding of how digital media buying works.

But Sagar underlines that the focus in terms of branded content is as a specialist moving content creator, not as a digital planning and buying agency. For that, the agency works alongside media buying agencies on the client brand where needed. What it also has the capability to handle, are websites, apps for social media and the like.

“We still work a lot with print and it has its role to play. But is there a way of cross-collaboration, rather than just do a print execution? Can we use tools like Augmented Reality to make print come alive on a tablet? I think we can put a bit of life into a medium, which I dare say, is a bit dormant,” added Kantharia.

Sagar notes that there is a lot more to be done with branded content, and Liwa aspires to be a creative marketing services company – not a ‘production house’. “It’s not just about digital. How about if we can tie the moving content to the activation or brand experience?”

Priti notes that one area of business that is not a priority for the agency is media planning and buying.

She revealed, “We don’t do much of media planning and buying these days. I think it’s best that we let the media agencies do their job.”

The agency continues to handle media for clients for whom it has been handling the function.

Kanthuria explained, “The margins have really dropped and agencies are willing to work on zero commission. There are enough players with scale in the market. For clients that we are working with, we still handle it.”

Scale, as the stakeholders underline, is not the priority. Sagar surmised, “We are a family business. The larger you grow, profitability suffers, and the risk factor is high. The smaller the team and the more specialised the offerings, we could choose what we want to do, as opposed to taking on work for the sake of paying salaries and bills. We’d rather be a boutique rather than offering everything that a client wants.”

For now, Liwa’s sights are set on clients willing to buy into the boutique for its branded video content, among other offerings.