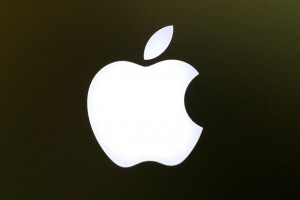 Apple and Google are the world’s most valuable brands for the second year in a row, with the iPhone and iPad manufacturer worth $118.9bn (£73.44bn) and internet giant valued at $107.43bn (£66.33bn), according to Interbrand’s Best Global Brands ranking.

Elsewhere, the growing influence of China on the international stage was reflected in this year’s table, with telecoms group Huawei becoming the first Chinese brand to appear in the ranking, thanks to 65% of its revenues now coming from outside its homeland.

Other notable trends in this year’s report were those brands that saw brand values rocket in value in the last 12 months.

Facebook (29th) experienced the most impressive growth in value – up 86% to $1.4bn, thanks to the growth in the social network’s advertising business, particularly in mobile, as well as its $2bn acquisition of Oculus Rift and $19bn purchase of WhatsApp.

The car market is experiencing a resurgence in its fortunes in 2014. This was backed by Interbrand analysis, which found that the collective brand value of automotive marques grew 14.6%, with 14 brands scoring a combined brand value of $211.9bn.

But consumers’ seemingly insatiable appetite for technology was behind the sector demonstrating the most impressive collective value. Out of the top 100, thirteen brands were from the tech sector, a category that grew 11.3% year-on-year to a value of $493.2bn.

Yet several tech companies bucked the trend for growth and were among the 16 brands that suffered a decline in value. Most notably, Nokia (98th) – which has been acquired by Microsoft – fell 44% to $4.14bn, by far the biggest decline in the top 100. Nintendo was the next hardest faller, down 33% to $4.1bn. Other technology brands experiencing a decline were HP, Intel and IBM, all of which were down 8%.

Jez Frampton, Interbrand’s global chief executive, said: “Apple and Google’s meteoric rise to more than $10bn is truly a testament to the power of brand building.

“These leading brands have reached new pinnacles – in terms of both their growth and in the history of Best Global Brands – by creating experiences that are seamless, contextually relevant, and increasingly based around an overarching ecosystem of integrated products and services, both physical and digital.”

Interbrand’s Best Global Brand ranking is based on analysis of how a brand contributes to the value of an organisation. Three key factors are examined: financial performance; the role the brand plays in influencing consumer choice; and the strength the brand has to command a premium price or secure earnings.

The full report is available here.