In the last of three articles looking at the state of the UAE newspaper industry, Bikram Vohra says journalists are becoming little more than publicists

“Most young journalists keep a white steed in their mental stable when they first ride out into the big, bad world. The desire to mount that steed and go on quixotic and often brave crusades, ostensibly to change the world, is overwhelming.

Sooner or later it all comes unstuck and the tilting at windmills turns more to sloth and cynicism along with abject surrender. The lance splinters and only the slivers are left to be used as a crutch for survival. The ‘hi ho Silver and away’ idealism at the beginning would be comical if it wasn’t so solemn and so eminently waiting for the fall.

In a more placid media environment, where we tend to tell each other not to take risks and just let things be, why make waves? The collective will to probe is swiftly frozen and even an effort not to go gently into the professional night can be fraught with danger. Even colleagues shun you.

There are three factors that ruin the ride. The awful chilling realisation that truth is not only snubbing the jesting Pilate but nobody really wants to befriend it… it is like being doused with ice water. Your search for the story and the facts are inconvenient to the editor, the management, marketing, the owners and your big scoop gets spiked. All it needs is one phone call. Then anoth-er and another after which your nuisance value evaluation sends you spinning out of the reckoning and you find all you are is a gutted hack. At best, what the FBI calls a broken wing. Sidelined, barred, marginalised, sacked, suspended, cut to size, you rocked the boat and now there have to be consequences. Many a good man has given up the good fight because giving up was easier.

There are bills to pay, loans to return, it is all less of carpe diem and more of expediency getting through the day.

The second and most insidious influence on stopping journalists walking closer to the water is greed and a lack of conscience. Relatively innocent freebies like restaurant dinners and spa treatments and airline upgrades swell to fully paid family trips abroad in return for write ups and expensive gifts on festive occasions. Very expensive gifts. Home delivered.  From there it is a small step to being bought out by big business and put on monthly retainer and a leash. The strategic placement of that corporate entity’s items in the publication is a dead giveaway. The pattern is obvious.The irony is that all this occurs in an editorial environment and is an open secret. Your colleagues know whose payroll you are on, they even have details, but sanitised by the word ‘perks’ the sellout is rampant. And the glass house has far too many occupants at any given time to pick up a pebble.

I once overheard a rich Indian businessman boast that so and so journalist was in his pocket and would pose no problem. He did not.

Is there much guilt about it? I don’t think so. I have seen how boorish and demanding we can be. In fact, some of us think it is our birthright to be snotty. For example, go to a press conference where they are giving away a moble phone or some other such toy and there will be media reps wanting two, one for their brother or wife. This bad behaviour is directly predicated to being aware that we have very low self esteem, are fragile in our jobs and have to be bullies to feel important. That is why we take our designations so seriously, even laughably take them to bed and make complete idiots of ourselves.

You can have assistant editors, deputy editors, senior editors, associate editors, acting editors and Uncle Tom Cobley and scatter them like confetti. One journalist on a newspaper I ran was serenaded by a five-star hotel band and a cake in our office as they sang happy birthday. Go figure. I will never forget walking in and hearing the strumming of Spanish guitars with the mandatory bubbly in a silver bucket. In a newspaper office. That is the respect that hotel manager has for the fourth estate. He did not think it was wrong.

Another outdid 007 in branding all her food pieces by prefixing the ingredients with the manufacturer’s name. It went on for years. It was later discovered all her provisions were gratis. One senior managing editor sacked a guard for not saluting him as his car went past. Another journalist took his family to Antigua on an all-expenses-paid vacation. So many of them act as PRs for big organisations and take cuts on everything. A third took his girlfriend to the US on a free trip and it was only discovered because the hotel chain sent us the bills. You cannot have two steaks and two desserts every night from room service.

Some are so indifferent to the charge of corruption they even celebrate their freebies and speak and write about them, so high is their contempt for their profession. Another made a fortune writing in different names in his and other newspapers so he billed himself every month. On office time without a qualm, he perfected his hard work to an art form and wrote for dozens of papers.

You get the drift. It is very difficult to be a watchdog for society when you have shifted from journalism to paid publicist and seek praise not for what you write but what you don’t. Selling your soul to the company store or down the river, same difference, it is easy to forget the benediction of being a journalist and all it should stand for.

Some of us blur the line. We ghost write, do speeches, agree to do rewrites, ad work, company reports, even wedding cards etc, but outside office time and not at the expense of the paper we work on. It is a bit hypocritical but easier to salve frissons of guilt.

The third reason for dismounting your steed is hurtful. You are a natural born hack. There is no greater tragedy than sincerity and mediocrity and the combination is everywhere. These are men and women who will never go beyond the grind, their get up and go has got up and gone years ago. Singularly untalented yet, in some convoluted fashion they are the spine of the creative hierarchy because they stay all day, never take leave, are entirely interchangeable, obedient and never make a splash. They do not question orders. They live badly, dress sloppily, they don’t count as individuals, just a faceless huddled mass sitting in their little cubbyholes surviving till it is time to clock out. When they go no one remembers their name.

If, somewhere in the distant past, they had dreamed of a white steed, that is all it was.  A dream.”

Bikram Vohra has been editor of Gulf News, Khaleej Times and the Bahrain Tribune. He is currently collecting investors to launch an epaper called The Why 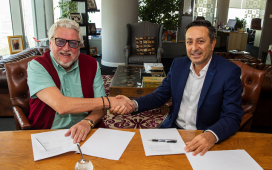 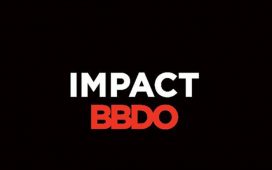 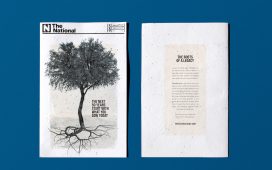 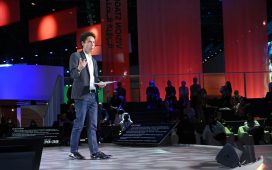 World Conference on Creative Economy (WCCE 2021) concludes, reaffirming UAE’s role as a global leader in driving conversations and outcomes for the creative economy 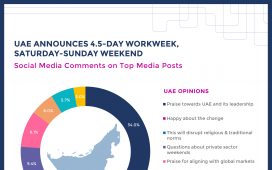 UAE’s reduced workweek, an overview of conversations across social media by Anavizio