It’s in the game – by MediaVantage’s Dan Qayyum

The MediaVantage’s general manager, Dan Qayyum, says the Saudi e-sports scene is more varied than you might think, and rife with potential 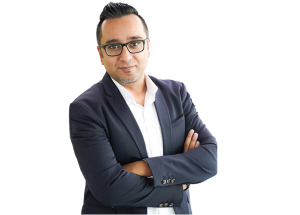 The competitive video-gaming business has evolved from tiny gatherings of people playing for fun to professional athletes battling for millions of dollars in large arenas in just a few decades.

Competitive multiplayer games now have hundreds of millions of players, and big e-sports championships now attract nearly as many live viewers as the Olympics. There are kids who have won millions of dollars, tournaments with more than 170,000 spectators, and streams with over 60 million views.

To improve its public image, the Kingdom has added a new layer to its soft power strategy by focusing on the burgeoning e-sports market, aiming not only to be seen regionally as leading the charge for e-sport, but also to firmly establish itself as a global leader in the sports and gaming entertainment industries.

Saudi Arabia has a desire to build a gaming infrastructure, through a combination of organic home-grown development, along with several mergers and acquisitions. PIF, the Kingdom’s sovereign wealth fund, has formed the Savvy Gaming Group, which it has gone on to enrich through the purchase of ESL Gaming, FACEIT, and SNK, as well as significant investments into Electronic Arts, Activision Blizzard, and Take-Two Interactive Software.

Gaming has exploded in popularity in the Middle East and North Africa. According to a recent report by Boston Consulting Group, which has worked closely with the Saudi Crown Prince to raise his profile, gaming consumption in the country is expected to reach $6.8bn by 2030. The gaming and e-sports industry, it said, will provide “rich opportunities for players and governments alike” over the next decade, with significant revenue potential, high-quality job creation, various reputational benefits, and approximately 3 billion active participants – with Saudi Arabia poised to take a leading role on the global stage.

Minister of Communications and Information Technology Abdullah Alswaha announced more than $6.4bn in Saudi investments in future technologies during a keynote talk at the 2022 LEAP tech show in Riyadh. Support for entrepreneurs, contributions to the expansion of the digital and cloud sector, and funding for esports and gaming – a fast growing business in the Kingdom – are all included in these investments.

There’s a common misconception that most e-sports viewers are teenage males living in their parents’ basements. However, this isn’t true. The e-sports viewer demographic is made up of 62 per cent men and 38 per cent women. Moreover, 33 per cent of the audience is between the ages of 16 and 24, 37 per cent is between the ages of 25 and 34, and 30 per cent is over the age of 35. What’s more, most users earn an average wage and live with their partner or with their parents. As a result, the stereotypical view of gamers as we know it is challenged. The sheer number of them (more than 20 million gamers in Saudi Arabia) makes it a very attractive opportunity for marketers and brands.

Establishing a brand within the e-sports universe

As it becomes increasingly difficult to reach Generation Z, and with Instagram becoming more like Facebook in terms of ads and sponsored content, brands must step up their game. As a result, the digital world is an appealing place to be present in, as many young people spend time on platforms such as Twitch TV, YouTube and Mixer, among others.

Brands that have gained a head start in this arena have evolved from purely sponsoring teams or partnering with solo streamers or e-sports influencers, to creating their own IPs and sponsoring entire tournaments. Zain and STC in Saudi Arabia, for example, have both launched their own gaming identities, tournament series, content series and gaming platforms.

Historically, the region was known for large one-time tournaments that did not benefit the community long-term. Players would train for a one-time tournament and then have nothing to look forward to for the next six months or more.

The Saudi Esports Federation, SAFEIS, has begun to address this by developing a calendar of more regular leagues and tournaments. They hosted month-long leagues for CS:GO, Dota 2 and Rainbow 6 between October and December of last year.

E-sports in the metaverse

The e-sports community promotes innovation to increase engagement. However, as brands lose access to some of the younger consumers, the e-sports industry may see them shift their focus to the next generation of consumers.

The industry’s advertising spend will drive brands to seek solutions that improve gaming, engagement and brand relations. For the millions of e-sports consumers and gamers around the world, as long as these players perceive greater value, any transitions that result from the investment will be smooth and seamless.

With blockchain-enabled gaming within the metaverse, it is easier to bring together the added benefits of attending in-person e-sports events, such as player and fan engagement, socialising, and merchandise sales.