Influencers want to be paid more than ever. Blame the pandemic

How much are influencers worth? Covid-19 is making the question even more complicated. 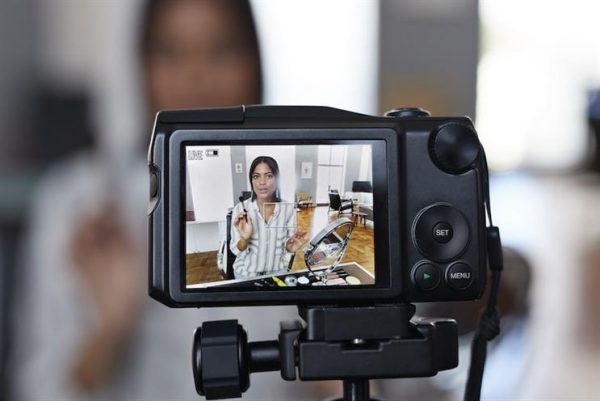 It’s another sign of the times amid the Covid-19 pandemic: social media influencers are asking for — and getting — significantly more money for sponsored posts and brand partnerships than even a year ago.

That’s in part because consumers continue to spend more time online. Nearly half (48%) say they increased the time they spend on social media, giving influencers a larger and more engaged fanbase, according to research from DoubleVerify.

Another reason is that brands shelved offline campaigns due to Covid-19 restrictions and followed their audiences to social media after many had “freed up massive brand budgets in 2019 into 2020” as part of the Facebook advertising boycott, adds Heinrich.

“That was really the beginning of the influencer compensation rate hike,” she says.

Based on an old rule of thumb, a brand could expect to pay between $1,000 to $2,000 per 100,000 followers, or one to two pennies per follower, for a post. However, that was a base rate that didn’t factor in variables such as the type of content — video costs more than static images — and length of partnership.

However, a new study from influencer marketing platform Intellifluence finds pitching based on number of followers “is effectively dead.”

The company came to that conclusion by surveying influencers’ compensation expectations as well as accepted pitch fees, which were found to be well beyond $0.01 or $0.02 per follower.

“One of the reasons this appears to be happening has to do with a constrained supply of individual influencers in certain niches with sizable audiences,” says Joe Sinkwitz, CEO and co-founder of Intellifluence. “As demand for influencers has increased, there has been a general focus on those larger influencers, which has pushed the amount they can charge up.”

He adds that while “audience size is still a very valuable variable,” other factors, like predicted engagement and influencer “type,” be it peer, authoritative or aspirational, have also become rate drivers.

Intellifluence plans to incorporate the survey data into developing machine-learning-driven pricing-guidance software that would help brands be better informed about compensation ranges. The company says that would help them avoid wasting time on pitches that would likely be dead on arrival because of a below-market fee.

“It is still very much the wild west,” says Heinrich. “I see it every day when connecting with influencers and their agents. There seems to be no rhyme or reason as to how influencers are setting their compensation rates.”

She adds that “influencers with fewer followers and lower engagement will ask for double the compensation of another influencer with a more robust community and higher engagement.”

“This typically happens when an influencer negotiates compensation for a one-off program that is way above their market value,” explains Heinrich. “They use this high compensation as their new ‘standard,’ which inflates their rate and value — and ego! — far beyond what they should be bringing in.”

When negotiating down an inflated rate, “I typically provide rationale for why their rate should be lower. I use intel for other influencer compensation in the space,” adds Heinrich. “I sell them on the opportunity I’m presenting, such as the advantages to the influencer for partnering with clients.”

And if they won’t budge? “I’ll move on to another influencer,” she says.

Other experts note that even after years of working with influencers, there’s still no established science for determining compensation. Colleen O’Hara, VP of digital in Chicago for Zeno Group, says “for years, influencer experts have tried to put a formula against influencer fees, but it is never law and rarely holds the test of time. But we have seen a dramatic lift in fees in the last year.”

Outside of the macro environment, O’Hara says the biggest factor behind rising fees is what she calls “a contract restriction revolt.” Basically, influencers want brands to show them the money for category or brand exclusivity.

“Influencers are no longer agreeing to content ownership in perpetuity or a year’s worth of exclusivity without a significant price tag, a price tag, which, at times, exceeds the value of the content creation itself,” says O’Hara.

There are also variables due to platform or sector. For instance, TikTok may be the social media platform of the moment; it surpassed Facebook to become the most downloaded app worldwide in 2020, according to a recent study. On the other hand, some pros say influencers on Instagram charge more than those on TikTok.

“A predominantly Instagram-focused influencer asked to make a Reel might charge nearly double that of a TikTok influencer with a similar following,” says O’Hara, “even though the creative output requires the same effort.”

Sinkwitz concurs on that trend. “Influencers that start out on TikTok tend to skew towards Gen Z and are having their first success; such influencers tend to undercharge initially,” he says. “Whereas influencers that already made a name for themselves on Instagram and YouTube, they are usually a bit older and are porting their influence to new channels and might initially charge higher rates.”

While an influencer’s primary platform comes into consideration when discussing the goals of a program and the target audience, “their platform doesn’t necessarily drive compensation costs,” says Laura Konopack, SVP of influencer marketing at Ketchum.

“But the content itself can, such as when the partnership leans more heavily on static images versus more in-depth video content creation,” she says.

“Industry can also factor in, with some influencer niches starting at a higher price point than others,” says Heather Rottner, director of social media at Coyne PR. For instance, she says the firm generally sees higher rates in high-end fashion and beauty, food and DIY.

While there is no shortage of influencers looking for brand partnerships in these categories, “many influencers pride themselves on being selective and authentic which means they don’t jump on every partnership offer they receive or use just any product.”

“Additionally, in terms of production value, content is carefully created – think recipe influencers in the food space – and there is a larger investment of time,” says Rottner.

“While we can theoretically estimate a compensation range based on follower count, which can be useful as a starting point, influencer partnerships have become more complex and appraising the value exchange and ROI often goes beyond a one-size-fits-all equation,” says Rottner.

“Gone are the days of earned-only influencer campaigns,” agrees Matt Kelly, SVP in the digital innovation group in Chicago at BCW.

“For example, we recently worked with a celebrity influencer who created Instagram and Facebook posts for our client, but also participated in a day of earned media interviews talking about the client’s program,” he adds. “We also deployed paid media to optimize for targeted reach, scale and impact.”

“We factor these sorts of integrated activities into negotiations, but also things like usage rights, ability to promote through paid media and other factors. There’s also CPE vs. CPM modeling and comparing the efficacy of an influencer channel against other paid media in the mix,” adds Kelly.

Will it last? Once people return to the office, school and get out of the house more, could fees come back to Earth? Don’t bet on it.

“Maybe a little, but not significantly,” predicts Heinrich. “Consumer content consumption has changed, and digital will always be on the forefront.”

This story first appeared on PRWeek US.