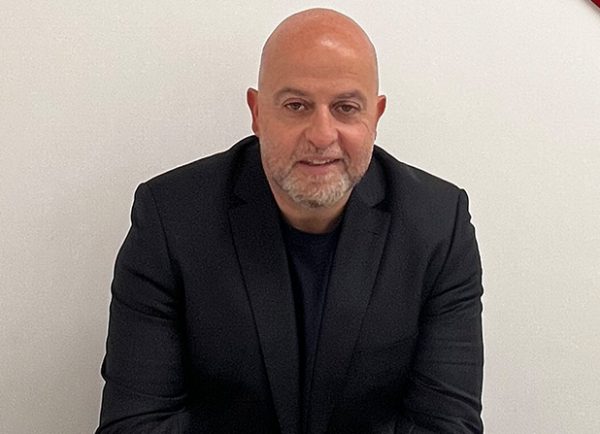 HOW HAS TELEVISION ADVERTISING CHANGED IN RECENT YEARS?

Globally, investments in TV are still growing, and it remains one the best tools to build brand awareness and an emotional link with users. Brands must now use it as a catalyst to go beyond the product and extend their ideas into other areas, mainly creative ideas leveraging the strength of TV to increase engagement with brands TV is still the best media to drive a positive relationship with the viewer and the brand.

HOW IS TECHNOLOGY AFFECTING TV ADVERTISING?

As technology evolves, so does advertising on TV. Technology is contributing to converting TV from a great reach medium to a more audience-targeting one using addressable TV and being able to reach the right person at the right time and in their comfort zone. High-definition TV and 4K have improved the deliveries of brand messages.

Connected TV technology is another way that improved TV advertising has enabled brands to reach their target audience using the big screen and avoiding wastage.

WHERE DOES TV SIT IN THE MARKETING FUNNEL, AND IS THAT CHANGING?

Since it was launched 60 years ago, TV was always considered as a top-of-the-funnel tool that reaches a maximum number of consumers, but in marketers’ brains, it was used as a tool to build desire and demand, positioning it as a mid-funnel tool. Because the measurement tools were not available in the past, it was positioned as top of the funnel for lack of measurement, but with the new innovation across the multiscreen universe, data and technology now enable sophisticated audience-based TV and digital video strategies that combine the targeting and measurement capabilities of digital with the reach and impact of TV.

WHAT CATEGORIES GET THE MOST MILEAGE OUT OF ADVERTISING ON A SPECIALIST SPORTS CHANNEL?

Live sporting events provide the most loyal audiences on TV, with more than 40 million viewers tuning in to watch live events in the MENA region at least once a month, a figure that is projected to rise over the coming years.

“Sports channels were always perceived as male-dominant but we have seen significant growth in the female category.”

Sports channels were always perceived as male-dominant channels but recently we have witnessed significant growth in the female category. Women are engaging as strongly as male audiences with the events, making live events on TV a preferred family activity. Having said that, we see that there is a shift in the advertisers’ category on TV from being exclusively a male-targeting medium to include more categories, mainly technology, e-commerce, automotive and retail.

HOW SHOULD BRANDS APPROACH ADVERTISING ON A SPORTS CHANNEL DIFFERENTLY FROM OTHER CHANNELS?

Sports and news are the only verticals that people continue to watch live on TV, the others are having a scattered viewership between TV and OTT.

Brands have realised that, and also saw the close ties between brands on sports channels and viewers. That they are trying to find ways to leverage this correlation and be visible enough on the big screen without being intrusive like some channels are doing.

At beIN the most important element is to maintain the best user experience. For that, huge investments have been made around improving the viewing experience and what kind of effective ties audiences can build with brands.

A sports channel network should not be approached as a TV channel but mainly as an essential platform that has an engaged and loyal audience who can follow their preferred games either on TV or OTT, but simultaneously, and always live.

For that, it is very important how the advertising content is placed, to build the desired bonding with the users.

WHAT WILL MAKE THIS YEAR’S WORLD CUP VIEWING EXPERIENCE DIFFERENT FROM PREVIOUS TOURNAMENTS?

One of the most important elements of broadcasting is the proximity of the event, to create attention and involvement. An event like the World Cup, which has more than 150 million unique viewers in the MENA, is happening in the region and we expect users to spend much more time watching all the matches. For that, beIN has invested a lot in the viewing experience, mainly introducing the 4K channels with at least five-times clearer pictures than regular HD. It has improved the OTT experience, mirroring with the TV channels, and has developed television on demand (TOD) which is a general entertainment platform, where matches will be broadcast simultaneously.

HOW HAVE YOUR OFFERINGS TO CLIENTS EVOLVED IN THE PAST YEAR?

With the studies and insights that are being done today, we are able to have an objective estimate of the number of people watching any game and give a proper forecast on the number of viewers, which is translated into cost per point. Coupling this with the digital approach and the TV sync technology, we are able to convert the TV from a mid-funnel tool to a lower-funnel and a conversion product to generate leads, downloads and sales, so we have succeeded in giving the advertiser the ability to really measure the effect of his ad on a sports channel and to know how many transactions it will produce.