How to win awards 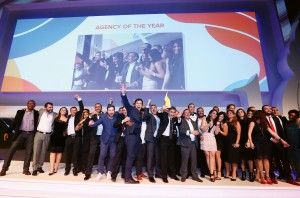 Entering great work is a given when trying to win a Lynx, a Lion or any other award in adland, but how do you give your campaign the best chance at reaching the top? Austyn Allison investigates

If you have not yet entered the Dubai Lynx, read this now. The final, extended deadline for entries is 7 February, which is only two days away. And the region’s agencies are in overdrive to get their entries in on time. But how do you make sure the great work you have produced over the last year is in with the best chance of winning?

Mike Cole, senior awards account manager at Lions Festivals, the organisers of the Dubai Lynx (in partnership with Campaign’s parent company Motivate), Cannes Lions, Eurobest and more, says the mistake he sees most often among the thousands of entries that cross his desk each year is that often the cultural subtleties of regional campaigns are not explained well enough to an international jury.

But before you run to the edit suite to splice in a comprehensive social history of the Middle East… The second most common mistake is that case videos run too long. The Lynx has a limit of two minutes for a reason. Juries will be looking at lots of films and don’t want to wade through anything too long. Get to the point within 30 seconds, otherwise you will lose the jury’s attention.

For categories such as print and outdoor, a jury will tend to judge your ad on the merits of its execution before turning to the accompanying paperwork for an explanation.

There is no hard and fast rule about whether work based on deep cultural insight will trump a campaign that plays to a universal truth, or vice-versa, says Cole. And this applies not only to regional shows such as the Lynx but also to the Oscars of advertising, the Cannes Lions. Work is judged on its own terms, he says. The main difference between Lynx and Lions remains that in the latter you will be competing against the best in the world.

Publicis Communications’ chief creative officer Behara Mouzannar has won more awards than many. He is the most awarded CCO in MENA and seventh in the world, according to the recent Big Won report. He says: “Today the idea [behind a campaign] is not necessarily centred around the product and what the product is made of or the brand is made of or what it stands for as a corporate brand. It is more about how to inspire people, to strike a chord in their lives that makes sense for them and that is relevant to how to make their lives better. It can do that by providing an emotional benefit to answer that need, and change the way people think, feel and live in a society.”

While some of the big network agencies have big budgets for awards, others – especially smaller players – don’t. Production values in case videos are less important than telling a compelling story about your entry, though. This, says Cole, is good for those with fewer resources.

Mouzannar says awards set a standard against which to benchmark his agencies’ output. “For instance, to us a gold is a standard, and if you win a few golds every year or a grand prix it’s a standard,” he says.

Other shops, perhaps smaller, first-time entrants, might be happy with a bronze. For those struggling with, or confused by the entry process, Cole says, the Lynx is there to help. A team – contactable on [email protected] – can help agencies decide what work to enter, which categories it is best suited for, and how it should be targeted. They can also, admits Cole, grant extensions on a case-by-case basis to agencies that contact them before the official deadline has passed.

While an extension may be granted, it pays to get entries in on time. Those submitted first receive an early bird discount.

Once entries are received, they are checked by a team to ensure they are technically ready for judging, with all component parts, there, and that they are eligible to win (that they ran within the right timeframe, in the right geography, and that they ran at all, for example). Sometimes, says Cole, his team feels an entry would be better suited to another category. They will check with the entrant before shifting it, though.

Cole denies there is any advantage to entering an undersubscribed category, or one where other entries tend to be weaker. While awards organisers will give guidelines to juries about approximately how many golds, silvers and bronzes they expect to see in a category, there is no upper limit. Nor is the jury obliged to award all trophies – a reason why some categories see no grands prix, and sometimes no golds, awarded.

If the same work is entered in several categories, tailor it to each jury. For example, the media category will be judged by people from media agencies, so don’t present to them as though their day jobs are spent in digital shops.

This advice is becoming more relevant as the nature of work entered for awards is changing. A campaign can seldom fit into only one category. In his summary of the Big Won, the report’s editor Patrick Collister says: “I can confidently predict that branded content will continue to grow in importance in 2017 even if no one really knows what it is. Actually, because no one really knows what it is. Put it this way: every single campaign in the top 20 rankings either did or could have won awards in the category.”

He also says collaboration is on the rise, and quotes research that shows “any piece of work involving three or more agencies has a 42 per cent greater chance of winning an award than work created by a single agency alone.”

Cole says: “I think that’s just the nature of how the industry is changing. Different agencies are having to collaborate more than they were in the past. We have tried to adapt our entry forms to reflect that, so now there are places on the forms for companies that have worked on a particular piece of work.”

Despite expecting to take home some silverware every time, Mouzannar says a title such as agency of the year or network of the year requires a number of factors to be in his favour: clients, the economic situation, and the zeitgeist of the region to name a few. “It depends on the year,” he says. “We try to do the best out of each year. Sometimes you are lucky that the planets are aligned.”

While awards are not, and should not be the end goal of advertising, they do set that standard by which agencies can measure themselves against their peers at home and abroad. And Mouzannar justifies striving for that recognition with a quote from Leo Burnett: “When you reach for the stars you may not quite get one, but you won’t come up with a handful of mud either.”

Matt Eastwood is worldwide chief creative officer of J. Walter Thompson Global and head of the film, print, outdoor, radio, print and outdoor craft, and integrated jury. He explains what his judges will be looking out for

In my president’s note, I described the Middle East as fast becoming one of the most dynamic and vibrant creative cultures in the world. It’s a place where creativity is used as a tool to not only promote brands but to inspire change, to change the future of an entire country, or even to save lives.

But, if I was to give any advice to entrants, it would be this: enough with the bulls**t. Case studies are a necessary evil, but when you blatantly lie – about results, about the scale of the execution or, worse, about your role in the idea – you will be found out. Juries have lost their tolerance for exaggeration. There’s a kind of snow-blindness that comes from being constantly bombarded by ridiculously large audience engagement numbers and social media scores (can any creative person really even understand what makes up an “impression”?). The best case studies let the work speak for itself. The best case studies let a simple story be well told, without too much adornment.

If you’re entering work, you owe it to yourself (and your jurors) to study the examples of award-winning case studies. Look closely at what makes them work. And decide what makes a bad case study. Decide what you should avoid. A great example is some of the case-study catch phrases that have become de rigueur and should be avoided at all costs. “But, most importantly” being, well, one of the most important. It’s become cliché. Find another way to say it. It’s boring to hear that phrase over and over again. And these days, it’s meaningless.

I can’t stress it enough: remember the context in which your case study is being viewed – as just one of thousands by a jury locked in a dark room for six days. It takes a lot to stand out. It’s tough to win at Dubai Lynx. Really tough. You need to get at least two thirds of the room behind your work if you’re even to stand a chance of winning. Even more than that if you hope to win a gold or a grand prix.

My job will be to encourage the jury to be dedicated, persistent and thoughtful. Although, in my experience, jurors take the honor of judging extremely seriously. Your job, as entrants, is to give your work the best chance of winning.