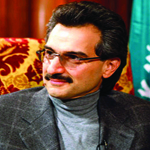 Employees at the troubled station, owned by Saudi billionaire businessman Prince Al Waleed Bin Talal, have received a mail from the executive director of human resources and admin affairs informing them that “the time has now come for a final decision to be made regarding the future of the channel.”

The email, sent on February 6, said: “Therefore and regretfully, the management has decided to cease its operation with an immediate effect.”

The 24-hour pan-Arab news channel originally launched out of Bahrain in February 2015. It had reportedly been based there rather than the Prince’s home base of Saudi Arabia –where he owns the gigantic Kingdom Holding Company –or another GCC country because of assurances of editorial freedom and state subsidies.

But it was pulled only hours after it launched, following an interview with Bahraini opposition activist Khalil al Marzooq, who criticised the government’s revocation of 72 Bahrainis’ citizenship.

The news programme cut to a commercial break, and a notice citing “technical and administrative reasons” then appeared, which was followed by promos and then a shot of the station’s logo. Till today, Al Arab’s satellite feed shows the logo and the line, “the story that matters”.

At the time, Bahrain daily newspaper Akhbar Alkhaleej stated that the channel wasn’t “adhering to the norms prevalent in Gulf countries”.

In March last year, Campaign reported the station was planning to relaunch out of Qatar in the third quarter of 2016, after Bin Talal signed a deal with the Qatari government. But it has not come back on air.

Members of staff unable to get visas to Qatar were reportedly based in their home countries or Cyprus until a new home was found for the channel. These included nationals of Iraq, Syria and Palestine, among them the high-profile Iraqi anchor Laila al Sheikhly, who had joined Al Arab from Al Jazeera.

The all-staff email announcing the closure of the station said: “Over the coming few days you shall all be contacted by our HR Team to finalize your employment status with the organization.

“On the other hand, we would like to extend our genuine appreciation to our Chairman [Bin Talal] and the Channel’s executive management for containing and tolerating all the statutory, social and financial burdens caused by the Channel’s situation and kept providing their utmost support during the past years.”