Grey London's creative directors tell the story behind their innovative campaign with Pringles and Xbox, in which a zombie escapes a game and breaks into the real world.

It’s 7.23pm on 27 January and we’re following a remote shoot in London with our clients from Pringles, watching comments tick up in real-time on a Twitch livestream hosted by a 20-something influencer. What happens in the next two hours could either be a career high point or a ticket to 12 months of therapy for PTSD.

Why do we do these things to ourselves?

Here’s the bit where we flashback 14 months. The problem we must tackle is how to make more of Pringles’ natural affinities with the gaming community (non-greasy, non-messy snacking is essential if you’re serious about keeping your kit in tip-top condition) and its partnership with Xbox. Oh, and by the way, we have to do it in a way that ties in with the central Pringles brand strategy of creating “unexpected social fun” and doesn’t piss off gamers, who have a reputation for hating advertising and having a bit of a cynical streak.

Maybe, now we think about it, it wasn’t such a huge leap for us to be drawn to the idea of somehow teaming up with a zombie-themed game – after all, who needs some unexpected social fun more than the undead?

In one of more than a few moments of syzygy in this process, Xbox put us in touch with Raw Fury, an incredible games developer which happened to be preparing to launch a zombie-themed title, West of Dead. They totally got what we wanted to do and were incredibly supportive. Our ducks, as they say, had got in a row.

The next bit of the story definitely needs a montage with a very upbeat soundtrack. That’s because it features endless conversations: among ourselves, about how we make sure this didn’t become just a lame, half-hearted, gaming-themed add-on to a TV commercial; with Raw Fury, about potential strategies (and what zombies are really like); and with Pringles about whether it’s wise to feature your food product being handled by the undead.

What emerged was the idea of one of the West of Dead zombies escaping from the game and living in the real world for two weeks. Our zombie would be Frank and, instead of a need to eat people, he would be driven by an insatiable desire for… you guessed it, Pringles.

We gave him a proper narrative arc, too. When Frank escaped the game, he lacked, in common with many of his ilk, social niceties (and a decent wardrobe) but we decided when he returned to the world of West of Dead, his socialising would have transformed him for the better.

For this arc to really work we then took an incredibly risky decision: Frank’s escape needed to be a live event, not something viewers see dozens of times in a 30-second ad.

So now we’re back in the present day in that studio in London, the threads of our story all building to a climax, in true third-act style.

We’ve done everything we can and our fate now lies with our influencer Leah, the actor done up in amazing prosthetics who is playing Frank, and nearly one million Twitch unique viewers with the ability to let the world and, more importantly, our Pringles paymasters know what they think of the unfolding action.

The audience is expecting the usual fare from Leah – a couple of hours watching her playing a brand new game called West of Dead from her home office. What they don’t know is that Leah is really sitting in a film set that looks identical, down to the inclusion of her allergy medication, and that she spent the previous day with us shooting the moment Frank goes from pixels to flesh (albeit rotting) and blood.

Leah hits the trigger she’s been given which switches her livestream to pre-recorded footage, and we wait for viewers to twig that something strange is unfolding. The “What the hell is happening?” comments start at once, but soon the viewers catch on. And… they love it. “This is the most interesting weird fun stream,” says one. “Frank is love. Frank is life.” 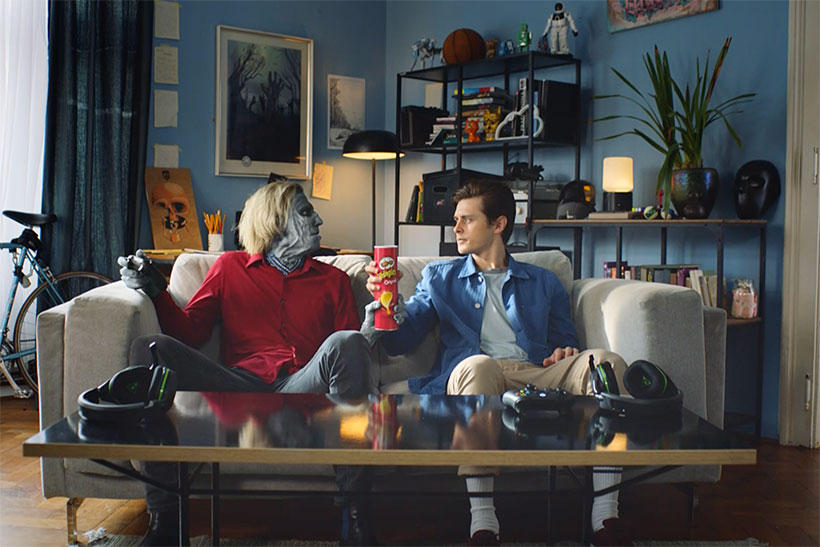 You’d think Leah had 20 years’ experience as a live chat show host – she’s a complete natural. Everything flows beautifully over the two hours and our actor consumes a heroic quantity of Pringles without even breaking a sweat.

At some point, Pringles joins the conversation and invites the Pringles-eating zombie to take over its Twitter account. Leah offers him an old spare phone and sets him up.

Towards the end of his first day among us, Frank tweets that he’s been offered an unlimited supply of Pringles if he’ll make some ads for them and now we’ve segued naturally into the next part of the campaign. Two weeks where Frank gets a taste of overnight stardom IRL: he becomes the protagonist of an ad campaign and is hosted by some of Europe’s most influential gaming streamers on Twitch.

It’s time to wrap up this story. So picture all of us looking at each other, the realisation dawning that it’s gone exhilaratingly well. Sure, we’re all a bit wiser, a bit greyer, but everything we’ve been through – for 14 months – has been worth it. The team, as one, punch the air. Freeze frame, fade to black. But don’t leave yet, we’ve got title cards!

After two weeks in the real world, Frank was invited by the game developer to become a character again and returned to West of Dead. However, this time, he puts his newfound social skills to good use as an NPC, greeting players and giving tips to them. The new Frank will live on forever in West of Dead, along with his new favourite snack. So, given that he’ll also still be among us IRL, Frank is now officially the first game character to have a game character to his name, which is quite cool. 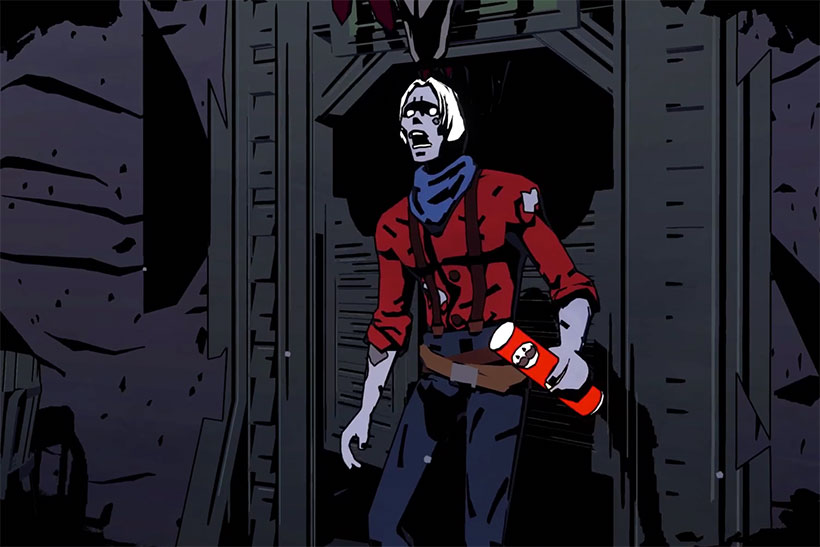 Pringles’ “Meet Frank” activity became a trending topic on Twitter in multiple countries. In the first 24 hours, it generated unprecedented engagement for the brand on Twitch and viewers spent over three million minutes combined (almost six years) watching the stream, which was in the top 10 most popular globally.

Grey London’s work for Pringles, in collaboration with Raw Fury and Xbox, broke rules, broke the fourth – actually the fifth – wall and pinned down a few firsts in gaming, social media culture and advertising. It has opened the door to more interactive games in the years to come. 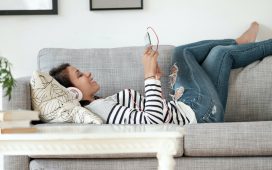