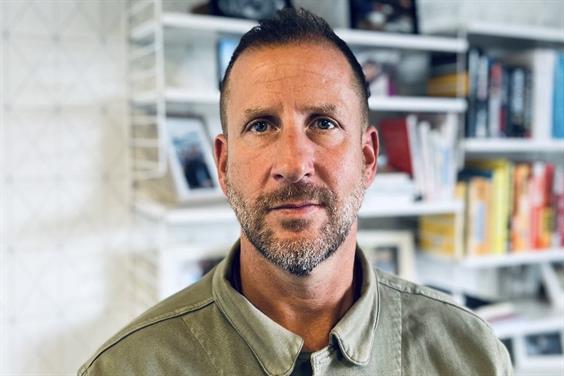 Group M has appointed Josh Krichefski to chief executive of EMEA and UK, a new role for the business.

Instead he will move to take his new EMEA and UK role at WPP-owned Group M, the world’s biggest media buyer, starting on  1 February.

At the EMEA level, Krichefski replaces Demet Ikiler, one of the most senior female leaders in Group M and WPP, who is leaving the company.

In the UK, he fills the vacancy left by Karen Blackett, who was appointed to a new role as UK president of WPP in September 2022.

It is understood that Ikiler, who held the dual roles of EMEA CEO for Group M and WPP country manager for Turkey, chose to leave. She has worked for WPP since 2000.

There was a no word about what she plans to do next but it is thought that she has another role to go to.

In his new role, Krichefski will be responsible for overseeing about $23bn (£18.7bn) in advertising investment in the region for Group M, which has about 32 per cent market share, according to the company.

Group M has more than 16,000 staff across 42 markets in EMEA, working across its agencies, which include Mindshare and Wavemaker as well as data unit Choreograph. Major clients include Adidas, Google, Sky, Tesco and Unilever.

Krichefski said: “I am thrilled to have the opportunity to build on the terrific work Demet and Karen have done to grow our business and create momentum for Group M in EMEA and the UK.

“There has never been a more exciting time to work in the media industry than right now, and I look forward to partnering with our teams at all levels to help our clients find new pathways to growth.”

Looking back on how the market has changed since the pandemic, he went on: “There’s a lot that is different in our industry even compared to three years ago.

“Retail media has become increasingly important for our clients, building brands in a digital age means a lot of advertisers need to look beyond a TV-first approach and this means that there all sorts of opportunities to broaden our remit and ensure we’re providing excellence to our clients in all of our channels.

“That’s why I think it’s a really exciting to be working in media because there’s so much scope.”

Christian Juhl, the global chief executive of Group M, said: “Josh has been helping lead our organisation through change for over a decade. His success in driving operational excellence and business transformation has had a major impact on our clients’ businesses and the growth of Mediacom and Group M as a whole.

“I couldn’t be more excited about the combination of client-centricity and people-first leadership he will bring to Group M in this new role across so many important clients and dynamic markets.”

He added: “I would also like to thank Demet for her leadership and commitment to our success for more than two decades. As CEO for EMEA, she has helped take our business in the region to the next level.

“She has been a fearless champion for diversity, inclusion, and sustainability initiatives across Group M, our agencies, and our work for clients. We wish her all the best for the future.”

A version of this article first appeared on Campaign UK.