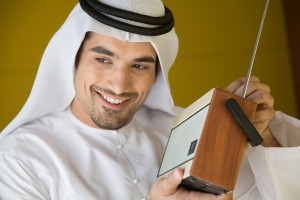 A radio-auditing programme has been launched in the UAE, and will go live in the second half of 2017.

In mid-April, an establishment survey was begun, polling 18,000 people to understand the demographic breakdown of the market and help guide how a sample should later be set up.

That sample will be “in the high 2000s,” says Steve Smith, the outgoing chief operating officer of Dubai broadcaster Arabian Radio Network (ARN). “There will be four surveys a year. This is the beauty of it: it will be deeper than any data that is available in the market right now. It will be segmented more clearly on understanding the broad ethnic community here.” This means that media buyers will be able to purchase slots targeting much more specific groups, according to nationality, age, gender, and specifics such as whether they plan to travel in the next six months.

Broadcasters from across the Emirates, major clients and agencies came together to help steer the initiative. PricewaterhouseCoopers ran the tender process, which began in December, and has appointed Nielsen to conduct the establishment survey and the ongoing radio measurement survey. PWC will independently audit the results.

The results will not just benefit media buyers looking for better targeting, says Smith. “Radio audience measurement is not just for commercial return, though it’s a massive component of it. It also enables us to programme a whole lot better.”

For example, he said: “I may have an announcer who is doing evenings on Al Arabiya at the moment, who we’re not aware has a huge following. We don’t know. We can see it through a social connection, but now you’ve got real data, and that’s the term I want to use: it’s real.”

Smith estimates radio takes 3 per cent at best of advertising spend in the UAE. However, he predicts that this could rise to as much as 7 per cent within a year off the back of the audit’s ability to demonstrate how many listeners ads and programming are reaching, and who those listeners are.

Smith stood down as COO of ARN last week, to be replaced by fellow Australian Greg Worthington. The radio audit and the launch of Unlockd are the latest developments he has helped bring to the UAE’s radio market and to ARN, which was home to eight brands when he arrived eight and a half years ago and now boasts 20.