As everything continues to converge – regulation, oligopoly dominance and an unyielding pandemic, Ayman Haydar, CEO of MMPWW encourages a pioneer mindset to turn challenges into opportunities. 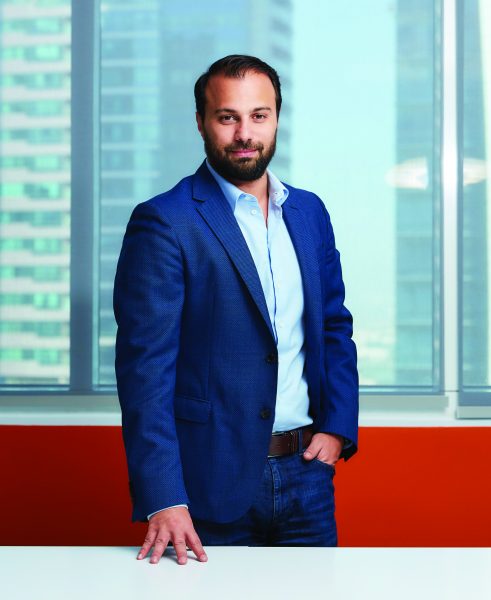 Usually, about now I’m getting ready to make my predictions for the coming year. I’ll look back, consider what’s happened over the last 12 months and then, like the all-knowing being that I am (I’m joking), I’ll deliver my verdict. Trying to sum up 2020 without reverting to the usual clichés, however, is a tough ask. My reactions have ranged from annoyance to some form of acceptance with, yes, admittedly, some mild expletives thrown in between.

I’ve never liked the idea of forecasting the future and I like it even less now. With so many variables in play and no clear end in sight to the disruption, now is when businesses find out the true meaning of agility. Paying lip service to change won’t get you anywhere in the pandemic age; you have to mean it, and crucially, be ready to act on it.

In our industry there have always been highs and lows – such is the divisive nature of digital advertising today. Back in April, this medium was the easiest to pause as brands scrambled to realign budgets and change tack with their messaging. The irony is not lost on me that after spending millions of dollars personalising on such a granular level, these companies then needed to shift to just one mass message, and more often than not that was: ‘We’re here for you.’ Seven months on, this no longer rings true. It’s ‘business as unusual’ for both brands and consumers, each trying to recapture a sense of normality.

As the festive season looms, the stark reality is that we’re in this for the long haul. Come midnight on December 31, we’ll still be expected to wear masks, practice social distancing and find new and increasingly more inventive ways to connect with people. Bah humbug. I’m a realist, so yes, that’s what we’re facing but that doesn’t mean we need to roll over and play dead. No, now is the time to turn these challenges into opportunities. I don’t say this lightly, I know it will be hard, but that’s what being a pioneer is all about. Risk, reward and fearlessness.

Look at new(ish) and emerging mediums, such as DOOH, CTV and audio – all finding new relevance in an evolving digital landscape. Personalised experiences remain the unique selling proposition as the market becomes more competitive and user choice expands. Influencer marketing continues to be a fledgeling vertical (particularly in this region) as online interactions become more commonplace in lieu of in-person events.

Ultimately, whatever we have known and clung to in the past is no longer a guarantee of success. In truth, nothing worth having comes easy anyway; it’s just taken a global pandemic to remind us of that fact. Coupled with all the changes happening in ad tech right now, from Apple’s impending IDFA changes to Google’s rollout of its privacy sandbox, uncertainty is high. Much of what’s planned is theoretical at this stage, but the fact that both these platforms continue to ‘hold court’ on dictating how the digital landscape will change does not sit well with other stakeholders, and rightly so.

I will say this, though: accountability is coming. The hammer has fallen on big tech in recent times, leaving nowhere to hide. Don’t get me wrong, we’re still a long way from seeing Google, Amazon, Facebook and Apple (GAFA) regulated on a wider scale. You only need to look at the advertising boycott Facebook recently endured as proof that we’re not ready to sever ties just yet. Q3 earnings for the big four were impressive. Facebook’s revenue shot up 22 per cent, adding 1 million active advertisers during this period. Google raked in $37.1bn in advertising revenue, Amazon’s advertising arm was up 51 per cent to $5.4 bn in revenue and Apple reported its highest ever third-quarter performance, up 11 per cent year-on-year.

Particularly in Facebook’s case, Zuckerberg has little to fear right now. The influence his platforms continue to wield won’t easily be pried away; he is the CEO of a new type of mainstream media – a place where information is shared, exchanged and, until very recently, not fact-checked or challenged. If 2016’s election was a wake-up call, then 2020 was where we fully realised the enormity of this platform’s scale and reach.

It’s little wonder we find ourselves at a crossroads for what to do next. There’s no playbook to follow and, with so many things converging at once, it’s do or die for most businesses right now. My take is what it always is: Believe in the people around you, don’t be complacent and lead by example. Get comfortable with being uncomfortable, essentially.

So, glass half full, empty or somewhere in between, speak your mind, keep supporting one another and let’s challenge the status quo to create a digital advertising landscape that benefits the many and not just a few. That’s the kind of optimism that I like – one that’s rooted in reality.