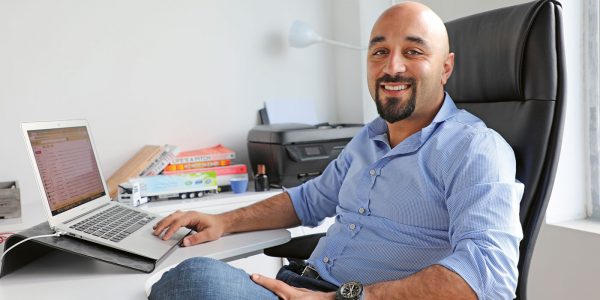 Last week, we were completing a photo shoot for one of our client’s products to be used on their brand’s social media channels; at one point, we spent nearly two hours arranging different shots for the same product. After finalising it, the client looked to us and said: “All this work in order to get attention and convince our followers to spend 2.4 seconds on our post.”

What he said struck me; I have friends who scroll through their feed at light speed, only to stop at specific and random posts. Even when asked, they have not an inkling as to why they were drawn to that post to begin with.

As a majority of us in the social media marketing field know, this can conclude in one major point: the urgency to deliver consistently engaging content is a major challenge. And keep in mind that in the age of smartphones, the average attention span of a human is eight seconds, giving the goldfish a run for its money.

Nowadays, we create more and more branded and creative content and hope for the best; but we still wonder why some posts don’t get enough attention or conversion. Then realisation hits us: online users are no longer convinced by plain-old branded content to pay attention and engage.

On social media, users are expecting a two-way road: they look for their voices to be heard, seen and engaged with. Keeping the traditional one-way communication doesn’t work anymore.

The role of a passive audience has shifted since the birth of new media, putting the reigns in the customers’ hands and leading them to ultimately build the image of the brand.

This can only mean one thing: all roads lead to the underrated power of UGC – yes, the undying user-generated content.

UGC has proven with time that it’s one of the most important trends in social media marketing, and it is only gaining momentum. Today, more than 64 per cent of consumers seek out UGC before making purchasing decisions. On YouTube alone, UGC videos get 10 times more views than branded content. In a normal post on Instagram, UGC produces seven times more engagement. If this doesn’t strike you as one of the most effective content types on the web, I don’t know what does.

One of the primary reasons why UGC is effective is social proof. From all the principles of persuasion laid out in 1984 by Robert Caldini, the most powerful is social proof: people would much rather purchase what others are purchasing first. Now, with social media, the best way to demonstrate social proof is displaying UGC from a happy customer.

UGC has an interestingly high conversion rate when it comes to e-commerce, as well. More than a quarter of the Middle East population buys online monthly. Serving as a low-risk tactic, customers convert better when they see UGC.

Integration of UGC should occur beyond just brand content strategy, instead allowing customers the chance and space to create UGC at every touch point with the brand. From table trays at restaurants to packaging labels on the shelf, some brands have gone so far as to create events just to get users to share content live.

The only condition here is to ensure the brand event is steadily monitored and is offering the customers a positive experience that they feel the need to share, in a positive manner.

With the positive outcomes in brands adopting UGC comes the occasional horror story to stop brands in their tracks. Agencies should take this opportunity to accurately advise clients on how to implement UGC in their content.

Many brands have built their social feed to largely consist of UGC; GoPro, Samsung and Namshi are just a few examples.

For example, the #ShotOniPhone campaign from Apple had more than 10,000 submissions of high-quality content that was used on billboards all over the world, which gave people a notable idea about the camera’s qualities before they bought the phone. In turn, this created an online community that produced many interactions and content that reflected positively on the brand equity under the #iPhoneonly hashtag.

Coca-Cola’s #ShareACoke campaign also had more than 600,000 images on Instagram,
with an astounding tens of millions of impressions.

One way you can jump on the UGC bandwagon is by encouraging your creative team to learn from the formats and try to mimic the themes currently dominating UGC (for example, #selfie dominated in 2014). Of course, another major tool is influencer collaboration.

Some influencers are excellent at creating content, but don’t spend big money on making them look very cool in highly sophisticated TVCs. Rather, let them immerse themselves in the brand experience, and they can do the rest. Let them own the content direction. They will do well; that’s how they became influencers in the first place.

Ultimately, the best way to optimise UGC is giving users the platform to produce content for your brand, and you will be amazed by the results. Even though UGC seems to be outdated or old-school, the reality is it’s a constantly stable mechanism that needs to be relied on much more to ensure brand fluidity and user response.