Data is talking… but are we listening?

In the age of immediacy and action, are we missing the point when it comes to using data effectively? By Farah Moumneh 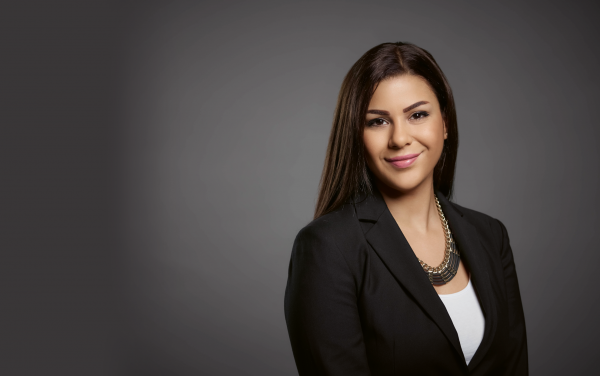 Farah Moumneh is head of analytics and strategy at OMD

Do you remember what you were doing on January 15, 2009? If you were a man named Chesley “Sully” Sullenberger, then you would have been crash-landing a plane onto the Hudson River, saving the lives of every single one of the 155 passengers aboard your aircraft.

It was an extraordinary feat, and rightly played out as the heroic survival tale in the media. However it was what came after which really struck a chord; the way in which Sully had plotted his course of action. Instead of allowing data to completely drive and execute his decisions, he used it to frame his thinking, thus allowing his intuition and decades of experience to determine the right conclusion.

This account remains one of the best examples when it comes to demonstrating the correlation between human learning and genuine intelligence in using data. It’s true that we have become accustomed to placing the value of data above our own instincts at times, considering it a more reliable result than one powered by emotion alone. However, in today’s digital era of fake news, transparency concerns and brand fraud, we’re coming full circle. Humans, it would seem, are in vogue once again.

There’s long been an argument that data is killing creativity. However, it shouldn’t be about pitching them against one another; more about using each of their strengths to turn the combined benefits into solutions for clients. We’ve highlighted before how the human element is a key component when it comes to brand strategy and shouldn’t be underestimated, especially given the disruptive terrain we find ourselves operating in today.

As budgets shrink, the temptation to focus on the lower end of the funnel is evident, relying on more tangible data, such as transactional and audience data, to make decisions. As a result, brand and performance teams often find themselves at opposing ends of the spectrum, straining to work towards the same goal.

When it comes to using data efficiently, human interpretation can completely change the outcome and the decision it drives. Below are four key insights into how human intelligence paired with effective data insight and management can unlock your performance.

1. Scale doesn’t always mean depth: In today’s economy, data has become the most important currency and we’ve built an unspoken ‘data hierarchy’, favouring data with scalability as the most actionable and reliable option. Particularly in times of disruption, there are certain factors that play out publicly and outweigh our normal rational mind. Take Bitcoin, for example. It has gained notoriety simply because we have let it. Driven by sentiment and speculation, trading technologies have even begun to predict Bitcoin fluctuation using Twitter sentiment as a benchmark. In this case, it married the best of both worlds: depth with an inherently human account of sentiment, and scale by the sheer amount of data points these models used.

2. All data is missing something: The full picture is never evident from the data alone, which is why we must acknowledge its shortcomings – all three of them to be exact. The first looks at data bias and how we must exercise caution with the algorithms we program and the data they ingest; nothing is infallible. Consider the predictive policing technology we’ve seen tested by the US government in recent years. It has courted its fair share of controversy, and for good reason, as it has increased racial profiling since its implementation. The second considers data blind spots, such as misattribution and the trap of addressability, an oversight that can hit a brand’s bottom line. Finally, we need to be aware of data blaming. When something fails, we blame the inaccuracy of the data rather than the interpretation or actual framework. We’re conditioned to optimise and tweak a campaign’s performance until it aligns with our projections, and if it doesn’t work we’re at a loss as to why. Herein lies the problem; we haven’t asked this question from the outset, or considered other factors that could have rendered it a no-go from the start. We have wasted time, energy and resources, all because we have focused on descriptive analytics first.

3. Data should be rooted in human truth: Data is meaningless on its own. However granular we go, there still needs to be a human element present to interpret the best course of action for a business. Netflix changed the content game with its (scarily accurate) insight into human behaviour, identifying our innate compulsion for binge watching and turning it into a billion-dollar business model. Uber, in a similar vein, has been able to use data to capitalise on human emotions, using this insight to alter the pricing structure during key periods.

4. ‘Culture eats strategy for lunch’: The culture we need to work on is a culture of integration. The truth is you could have the most incredible strategy in the world, but it means nothing if you don’t have the right people in place to implement it. To tackle this – and it’s radical, I grant you – we need to kill all agendas. Instead we should build meaningful and singular objectives and work more closely with clients to find a more cohesive way forward in future.