D&AD announces 3 Black Pencil winners amongst 278 Craft, Side Hustle, Design, Culture and Impact winners and Companies of the Year. The UAE, Egypt and Saudi Arabia got recognitions from the MENA region. 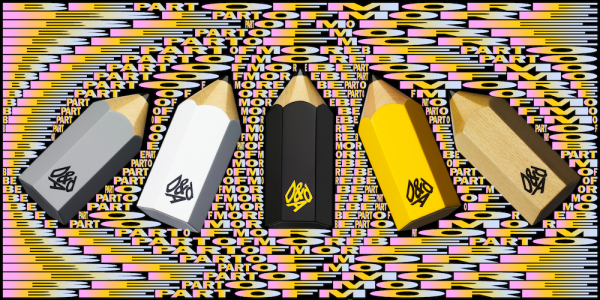 Following the second of two digital ceremonies, D&AD announces 3 Black Pencil winners amongst Pencil winners across the remaining Craft categories including Illustration, Photography, Typography, and Writing for Design, Side Hustle, Design, Culture and Impact categories, as well as the Companies of the Year.

The MENA region won several awards. The UAE won seven pencils with: adidas Liquid Billboard, by Havas Middle East and Jack Morton, won a Graphite Pencil for Press & Outdoor, and two Wood Pencils for PR and Media. The Elections Edition, by Impact BBDO Beirut and Dubai and Dejavu, won a Yellow Pencil for Press & Outdoor and a Wood Pencil for Impact/Local Solution. The campaign Dubai Presents for Dubai Tourism, by Mother London and MJZ London, won a Wood Pencil for Film. IKEA Aliens, by Memac Ogilvy, won a Wood Pencil for Branding. Egypt won two pencils, both for The Night is Young by Publicis Italy and Good People Films, which got two Wood Pencils for Film. Saudi Arabia got one shortlist for Meet Sarha by Wunderman Thompson Riyadh.

Since 1962, D&AD’s mission has been to stimulate and celebrate creative excellence with the belief that creativity is a key driver in commercial, economic, social and cultural success. Now in its 60th year, the Awards has grown to incorporate more than 40 categories judged by a cohort of nearly 400 of the world’s leading creative minds. The Awards recognise work that has made a significant impact and will inspire seasoned talent as well as the next generation.

D&AD is proud to award 3 Black Pencils, the creative industry’s most coveted accolade, reserved only for truly groundbreaking work. The recipients are:

To fight for common-sense gun laws, Leo Burnett Chicago held a graduation ceremony for the 3,044 students who would have graduated this year if they hadn’t been killed by a gun.

On Emergency Services Day, adam&eveDDB launched Hopeline19 – a free phone service for the British nation to leave messages of support for frontline workers.

Real Tone is a collection of technical improvements to the Pixel 6 camera and Google Photos that more accurately and beautifully highlight the nuances of all skin tones.

D&AD also announces the Pencil winners across the Craft, Side Hustle, Design, Culture & Impact categories. The Side Hustle category reflects the increasing number of creatives applying their skills and personal passions to side projects, something that has become even more apparent during the pandemic. From creating new businesses to developing initiatives to address social and environmental issues, this category aims to spotlight world-class creativity beyond people’s day jobs.

The total number of Pencils in each of these categories are:

The total number of Pencils awarded for the D&AD Awards 2022 by level are as follows:

Companies of the Year

The top-ranking design agency winners of the year are:

The top-ranking production company winners of the year are:

The top-ranking advertising agency winners of the year are:

The top-ranking clients of the year are:

The top-ranking countries are:

The rankings are based on D&AD’s points system. This page offers an overview of the methodology the organisation uses to determine each ranking.

Dara Lynch, Chief Operating Officer at D&AD commented: “In the wake of political and social turmoil, creative excellence continues to not only survive but thrive, as evidenced by the incredible talent we’ve seen at this years’ D&AD Awards. In the backdrop of what feels like a never-ending stream of global crises, it is incredibly reassuring to see that our community remains so resilient, and continues to move in a progressive and vibrant direction. We are delighted to have been able to celebrate this year’s winners alongside our global creative colleagues at our two virtual ceremonies this week, which we have continued to advance and improve, to ensure that each and every pencil winner is celebrated as they truly deserve to be”.

D&AD this year continues to platform the most exceptional work from the past 12 months, following the same rigorous judging process. Famously tough to win, there are no quotas for D&AD Awards, meaning that the number of awarded entries fluctuates each year. In some years, no Black Pencils – the highest creative accolade – are awarded. The highest ever awarded in one year currently stands at seven.

Winning work will not only receive an esteemed D&AD Pencil, it will also be featured in the digital D&AD Annual and online archive – a definitive guide for creatives all around the world.

In addition, D&AD are producing the Jury Insight 2022 series in order to celebrate the great work that has been produced over the last year. Select juries will unpack some of the winning work from the Awards, exploring what creative excellence means in 2022, as well as discussing wider themes and trends across the industry. The panel discussion will be published bi-weekly as a series throughout the summer on the D&AD website and YouTube channel.