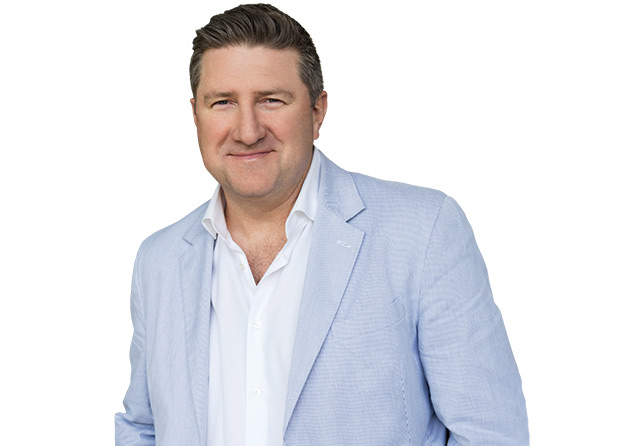 Troy Ruhanan, the CEO of Omnicom creative network TBWA Worldwide, says that 2022 is going to be “a turning point for creative to come back with real energy”. Not just for his agency but for the industry as a whole.

He says: “There’s too much work that looks too similar right now. So it’s an opportunity for brands to step out of their comfort zone, either in the forms and mediums that they’re using, or the innovations that they’re making. Even the established ones are going to have to breakthrough.”

Ruhanen was in the region recently to visit TBWA\Raad, the regional network of the group.

Ruhanen says TBWA’s work at the moment is “good”, but he wants to see greater aspirations for the quality of the creative. The industry must remove its crutches and generate “positive envy” within agencies and clients alike. When the industry is in what Ruhanen calls “a sea of mediocrity”, no one is holding up “shining torches” to show their partners and competitors how much better the work can be.

As part of its roadmap to a creative renaissance, TBWA has begun to reinvent Disruption. That’s Disruption with a capital D, the agency’s philosophy since its chairman Jean-Marie Dru introduced the concept back in 1992. The concept involves changing a marketplace by upending traditional conventions.

Disruption has served TBWA well. Agencies need a philosophy, says Ruhanen, who also mentions “A truth well told” at McCann and BBDO’s “The work, the work, the work” as examples that “are very clearly articulated, and then you build a methodology underneath.” However, he laments that many other networks have lost their way and find it hard to explain what they stand for.

Ruhanen explains the sort of conventions TBWA seeks to overturn: “If I said to you, ‘Picture a health care ad,’ right now, you would probably picture a couple walking down the beach with a Labrador running around in the background.” But what do you do to counter the norm?

It’s this desire to tackle the cause not the symptoms of ordinariness that has led to an internal upgrade at the agency. Since the start of Covid-19, Disruption has been reimagined at TBWA as ‘Disruption X’.

The onset of the pandemic in March 2020 was the spur to start changing. It moved the industry “back in time in a good way,” says Ruhanen. He explains that, “Instead of being felt to be the creative partner to a client, we became again much more of a business partner to our clients.”

This gave the creative industry permission to make more of an impact “upstream”, edging away from the marketing departments of client brands and into their board rooms.

By May of last year, the modules that make up Disruption X were laid out, and company-wide training began at the start of 2021.

TBWA is working towards a goal common to many agencies in recent years: competing with consultancies such as Accenture, Deloitte and McKinsey to become more of a business transformation partner and less of a creative execution partner to clients.

Ruhanen admits that TBWA competes with consultancies, but says the agency is focused on different outcomes. Its end goal is solutions, and solving problems fast so it can move on to the next challenge. By comparison, a consultancy will often have done its job well if it entrenches itself within its client’s ongoing operations. “Our industry is driven to complete,” says Ruhanen.

“You should only amplify if you have a really strong core platform,” he says. “If you don’t have a strong brand and a strong message, you’re only adding to your own clutter by doing a whole bunch of different things. But if you’ve got a really strong brand platform and then you’re able to extend that into great new territories, then it really puts that added gloss on to the brand in many ways.” This could apply to TBWA itself just
as much as it is sound advice for clients.

Transformation became essential as soon as it was evident a pandemic would sweep across the world. When TBWA strategists were examining World Economic Forum data on how economies have recovered after a crisis, they saw a marked difference between cities that stayed the same and ones that changed.

“Those that rebuilt themselves in the shape that they were previously in had a slower recovery than those who used that moment of crisis to go to new places; they saw more exponential growth,” says Ruhanen. It stood to reason that this could be applied to other economic structures, including businesses and, yes, ad agencies.

Creativity is still at the core of TBWA, and Ruhanen has the numbers to prove it. Within the global network, those units that perform best are the ones that spend more on their creative capabilities.

“Invariably, there is about a 10 to 12 per cent difference between the combined strategy and creative payroll of our best 10 and the bottom 10,” he says. “The ones who perform the best have had more dollars spent on strategy and creativity than those who have maybe more of a service culture.”

Ruhanen is proud of TBWA’s strength in strategy and planning. He says, “It needs to be more strategic because of Disruption.”

As TBWA shifts away from being primarily a traditional ad agency and expands into other aspects of its clients’ business, experiences will become at least as important as straight brand messaging. Ruhanen sees potential in pop-up experiences, a middle ground between one- or two-day activations and multi-year leases.

“There’s a shorter window in there, which is abandoned retail space, pop-up spaces,” he says. “You can go and create pop-up experiences for two or three months and it becomes a richer, deeper kind of brand statement and more like a living outdoor experience. Then you digitise and carry the content further.”

E-commerce consultancy will also continue to grow within agencies. Everyone became aware of it during Covid, but most clients’ digital sales strategies need a lot of honing. This is another chance for TBWA to move up the value chain. “Covid in many ways made [clients] realise how much their digital ecosystem is not connected,” says Ruhanen. “[Before Covid] they were probably thinking they were fine. But how many of them have you heard say, ‘We’ve really got to work on our e-comm strategy’? We hear that repeatedly. Covid really shone a light for many clients to see their digital ecosystem is not in order, it is not connected and actually doesn’t drive to a commercial outcome as much as it probably should.”

The Middle East is ripe for growth, particularly Saudi Arabia. Ruhanen calls the region “a bubble of cool optimism” and is encouraged by its can-do attitude. “I live in America, and I still think the American Dream is there,” he says. “But I think it’s become much more a Middle Eastern and an Asian dream now, in the world and the optimism and the belief that you can create.”