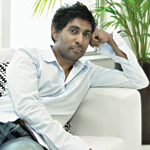 Will represent UAE on the juries at this year’s festival.

Lions Festivals, organisers of the Cannes Lions International Festival of Creativity, have confirmed that the UAE will be represented on the 2015 jury by Seyoan Vela, executive creative director, J. Walter Thompson Dubai.

Vela will serve on this year’s Press Lions competition jury.

Motivate Val Morgan and Motivate, official representatives of the Cannes Lions Festival in the UAE, nominated recommendations on the jury.

“We are thrilled that Seyoan will be joining the jury in Cannes this year and I’m sure that his knowledge and expertise will contribute to him being a fantastic ambassador for our region,” said Ian Fairservice, managing partner of Motivate and UAE representative of Cannes Lions.

Vela began his career as a writer at Lowe London. He moved to Chiat/Day, before becoming co-founder and creative director of independent hot shop St.Lukes London. After nine years, he took on the role of creative director at Euro RSCG London, also working in Paris and New York for digital arm Euro RSCG 4D. He then launched  a digital ideas and content company Ether London, with art director Colin Lamberton. In his last assignment, Vela was executive creative director and chairman of Grey Amsterdam, besides being on the agency’s global  creative council. In 2011, he moved to JWT Dubai, a hub office that creates work for  Middle East and Africa region, besides also serving on the agency’s equivalent of the agency’s global creative council.

The Cannes Lions International Festival of Creativity 2015 will take place from 21 to 27 June.

The Cannes Lions awards competition is currently accepting entries. The entry deadline for Creative Effectiveness is 6 March , while the deadline for all other categories is 27 March.