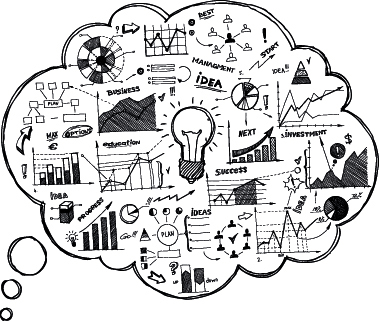 The results of the annual Big Won rankings by The Directory are out, tallying up the awards won by the world’s top agencies and creatives in international, regional and local awards shows in 2016. The Middle East holds its own in the rankings, although slightly down on last year.

The UAE is the fourth country in the world for creativity, and Impact BBDO Dubai is the most awarded MENA agency. 3SG BBDO in Tunisia also ranked number one in its market, helping BBDO be the most awarded agency network across all disciplines. It is the network’s 12th time in the top
spot over the rankings’ 13 years
(in 2013, Ogilvy & Mather
muscled in).

Andrew Robertson, president and CEO of BBDO Worldwide, said in a statement: “What separates one agency network from another is the ability to deliver work that works for its clients. The data proves that award-winning work works better. So topping the Directory Big Won matters.” He continued, “To do so once is good. To do so 12 years out of 13 is great.”

Last year Leo Burnett Beirut was the top MENA agency, but it has fallen to third in 2016, behind Memac Ogilvy & Mather Dubai.

Leo Burnett’s chief creative officer Bechara Mouzannar is seventh best in the world, which is impressive in itself, but is a step down from being number one last year. The only other regional CCO in the global top 20 is Memac Ogilvy & Mather’s Paul Shearer, at 14.

There is no regional work in the overall global top 20 campaigns. However, five of the top 20 media executions were from the region, including Keep the Flame Alive for Johnny Walker by Leo Burnett Beirut, the highest placed regional media work, in fifth. This success was no doubt helped along by that agency’s Tina Sioufi, the eighth best planner in the world.

Patrick Collister, the author of the Big Won, says: “In terms of MENA, there has been some genuinely brilliant work over the last five years from agencies in countries that had never been thought of as especially ‘creative’ before.

“Memac Ogilvy Tunisa, for instance. I still think of their ‘June 16th’ campaign for the Brand Collective as one of the most brilliant ideas of the last five years.

“The rise and rise of Memac Ogilvy in the region – especially in the UAE – is amazing. It is an agency that now competes with the very best agencies in the world creatively. The relatively new leadership of Paul Shearer as CCO seems to have made a difference.

“But this year Impact BBDO has continued the momentum of a great 2015 to do spectacularly well. And full credit to Fadi Yaish for that.”