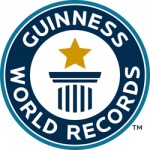 The account covers the Middle East with a special emphasis on the United Arab Emirates and Saudi Arabia markets.

“Our team is enormously excited about the opportunity to build stronger brand awareness and engagement with the public, business and government bodies in a region where record breaking has become increasingly popular and valued.”