As Social Distancing Continues, Mobile Gaming Grows in the Middle East by 25% and set to triple in size to $4.4 billion by 2022

Consumers’ attention across the globe has turned from outward spaces to the internal spaces of the home, as we all start operating our daily lives within four walls and within the confines of technology – such as our work, communication with others, etc. But what we are looking for has also changed.

While social-networking sites are reporting massive spikes in use due to social isolation, the vast majority of that growth is less from users scrolling through feeds. Instead, people are leveraging messaging services such as Messenger and WhatsApp. It’s clear that direct communication with friends and family members is essential and the need for access to digital services like email and internet is crucial nowadays with Zoom and BOTIM trending for voice and video calling. Etisalat offers free internet voice and video calling facility to both existing and new customers to stay in touch with their loved ones during these challenging times. Streaming video overall is also up (20%), demonstrating our need for entertainment at this time.

Volkan Biçer, General Manager EMEA & LATAM, AdColony, said, “What we found, however, is that more people are turning to mobile games for entertainment than ever before. Some 85% of consumers are playing mobile games for relief, according to our Coronavirus Impact Survey to the EMEA and LATAM regions, conducted in late March. Respondents ranged from 14 to 74, but most in EMEA were in the 25-54 age group.”

“Mobile games have always been popular in Middle East and we represent 23% of the total global games market – and games overall have grown faster year over year than the global average.”

The gaming industry in the Middle East is growing at a rate of 25% each year! According to the Newzoo’s 2019 Global Games Market Report we see that the Middle East region is the home of the world’s most active gaming community. The fastest growing online gaming population in the world is again in the Middle East, with a growth rate of 25% compared to Latin America (13.9%), Asia Pacific (9.2%), North America (4%) and Western Europe (4.8%). The Middle East gaming market is set to triple in size to $4.4 billion by 2022, with gaming revenues in the GCC alone standing at $1.05 billion in 2016.

This is due mostly to the popularity of social gaming, casual games and free-to-play role-playing games – the very types of games that consumers are turning to now, to not only release stress but to connect with other people online. And they’re doing it daily: Nearly half (47%) of respondents are now playing mobile games on their smartphone every day. Some are sticking with the tried-and-true: 31% of respondents are playing mobile games that they already enjoy, just more often. But there are plenty that are branching out and downloading new ones: 32% of mobile users surveyed are playing new games on their phones.

It’s important to keep the user’s needs in mind. In the study, mobile users reconfirmed that the ads they most like to see are those that help them notice products they might need – which during these times has, of course, shifted. And user-initiated ads, where the user chooses to view an ad in order to receive some sort of benefit (e.g., virtual currency, access to gated content) is also highly regarded: 35% of users listed it as the most positively perceived ad format. IronSource recently reported that the highest player engagement comes from rewarded ads.

As we shift into a new world, the mobile gaming channel is only going to increase in importance.

Just as all eyes were on China last month, trying to predict the impact of COVID-19 in other nations based on what was happening there, we can foresee that mobile gaming use in Europe and Middle East is going to go up as the crisis continues, and that is something that all advertisers must take note of. 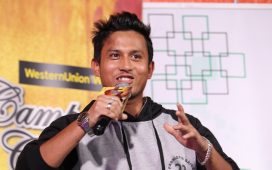