Which ad-tech company will take its place beside Google and Facebook? 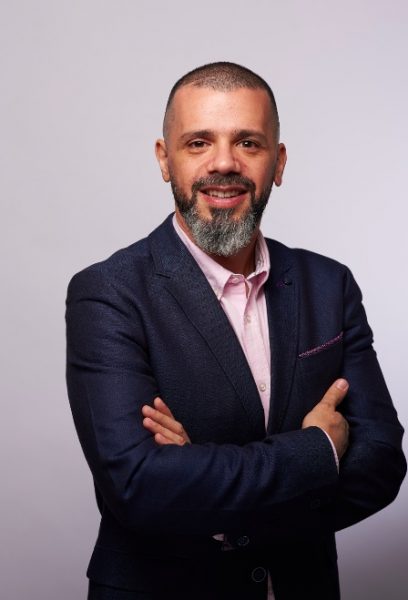 By Imad Sarrouf, commercial and technology director at DMS

“Ad technology” and “marketing technology” are two hot topics doing the rounds in business circles these days. They are also hot enough to make the entire bubble burst. With the proliferation of more and more brands, agencies and publishers are adopting new technologies to keep up with the fast-paced digital ecosystem, while many digital experts had cautioned the industry a few years ago that the ad-tech ecosystem would face a consolidation, beginning with programmatic. The current vibes in the market are difficult to ignore: more than 412 mergers and acquisitions, valued at $24.18bn, transpired during 2016, signaling an increase of $9.6bn year-on-year, along with layoffs at Turn, PubMatic, The Rubicon Project and AOL, among many others.

So where did the ad tech and marketing tech outburst come from?

Mass media has always been influential for advertisers but, unlike mediums that dominated the past (TV and print), the internet is more user-centric, personalised and powered today by mobile and the rise of the internet of things (IoT). With the web being as massive as it is, the possibilities for marketers today are almost endless, provided they have the tools to reach their ideal audiences with personalised ads. Enter advertising technology.

By taking a look at the marketing technology landscape, the market fragmentation taking place becomes obvious, and the notion of the roughly 1,800 advertising and marketing tech companies out there being able thrive or even survive looks quite dismal. Despite the wide array of available platforms, adoption rates remain comparatively low across the board. Some credit this mismatch to a certain hesitance in pursuing new ad technology, while others link it to the ever-changing needs of the companies.

What will the future of ad tech look like? If we go back in time, history has shown us that industry consolidation is a natural and inevitable process, and that it is possible to predict its evolution. There were, after all, nearly 2,000 automotive manufacturers in the US during the early 1900s, before most brands disappeared and GM, Chrysler and Ford emerged as the dominant players, alongside smaller producers.

This classic pattern has been observed across several industries. When fragmented markets mature, most end up with three major competing players. This phenomenon is known as the Rule of Three. Building on this reasoning, nowadays, one may label Google, Facebook and AOL/Yahoo as the major powers. With Yahoo struggling over the past few years, other companies are becoming ever more capable of filling the third-place spot. These include Amazon, Apple and AOL/Verizon.

Amazon has expanded its ad business and claims to have built its own demand-side platform. The massive e-retailer owns outstanding first-party data from millions of active customers; Amazon knows what customers are searching for, their wish lists and what they have already purchased. There is also some traction in the video market through Prime Instant Video. Nonetheless, despite the vast potential, Amazon is moving very carefully into digital advertising. The company favours not sharing its sought-after data with advertisers, in order to safeguard its customers and its successful e-commerce business (the walled garden approach).

Leveraging Verizon’s network, which includes a device graph for cross-device targeting and AOL’s ad and content assets in the video and mobile areas, will certainly position AOL/Verizon well against Google as well as Facebook. However, while Verizon is a strong competitor in the US, its limited presence overseas could make it difficult to take on a global ad tech leadership role.

Apple also deserves to be mentioned as an essential player in the ad tech sphere. The technology giant is more likely to benefit from the rise in ad blocking, fuelled by iOS 9 and later, and the ongoing sentiments surrounding ad fraud. Apple delivers ads directly into apps, making iAds 100 per cent viewable by humans. Not to mention that the introduction of cross-device retargeting, native ads and Apple News, which is supported by many publishers, should help increase Apple’s advertising revenues.

Which of the three is most likely to step up? AOL/Verizon seems to be the most expressive about its ambitions to undertake Google and Facebook in the ad space. Yet, if the weight swings back towards empowering and protecting
consumers’ privacy, then this tendency would
play out in favour of the Apple and Amazon business models.

What will happen to all the other, smaller ad tech businesses? Foreseeing the competitive dynamics of specialists such as programmatic and data management platforms is more difficult, particularly in a fast-moving industry like ad tech.

In the coming years, we are going to see some ad-tech players fade away, while others will surely be acquired by consultancies or marketing-tech powerhouses. This consolidation will count as an essential stage within the industry’s life cycle. On the brighter side, this decline in ad tech vendors should help brands, publishers and agencies, who would all be interested in those solutions, to be less overwhelmed by a remarkably massive and chaotic market offering.