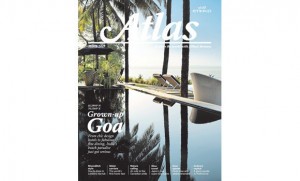 The publisher plans to open an office in the UAE capital, and says the magazine will be “reimagined from the ground up,” according to a report in Arab News.

The rebranded magazine will be called Atlas, and will be on board planes from March 1. It was previously produced by Dubai-based publisher ITP, under the title Etihad Inflight.

The new editor will be Simon Kurs, who previously ran EasyJet Traveler magazine, also part of Ink. He says Atlas will feature lifestyle and travel features, and be “accessible” to readers.

Ink CEO Michael Keating said the magazine has “a very premium feel”. He added: ““We’ve changed absolutely everything about the title. We’ve reimagined it from the ground up.”