People in the UAE and the rest of the Middle East and North Africa will be able to enjoy YouTube’s new short-form video experience to create short, catchy videos using nothing but their mobile phones. 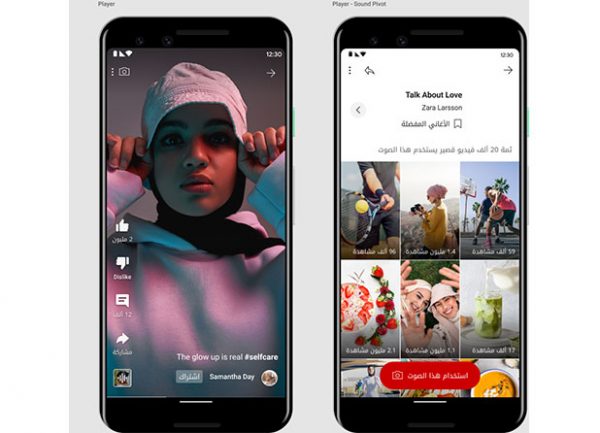 YouTube announced the arrival of the beta version of YouTube Shorts in the United Arab Emirates, the company’s new short-form video experience to create short, catchy videos from mobile phones. First announced in September 2020, YouTube has since expanded Shorts to 26 countries and will now be available across more than 100 countries – including countries in the Middle East and North Africa –  where YouTube is available.

While short-form videos were already viewable on the platform, people around the world will be able to access for the first time Shorts’ creation tools which include a multi-segment camera to string multiple video clips together, the ability to record with music, control speed settings, and more. In addition, and time with the product’s international expansion, we’re bringing a new set of features to the existing ones such as:

The new features also include the ability to sample audio not only from other Shorts but also from videos all across YouTube — which includes billions of videos worldwide — unlocking a new playground of creativity like never before. This means that users can give their own creative spin on the content they love to watch on YouTube and help find a new audience — whether it’s reacting to their favourite jokes, trying their hand at a creator’s latest recipe, or re-enacting comedic skits. Creators will be in control and will be able to opt out if they don’t want their long-form video remixed.

“We want to make it easy and fun to create Shorts,” said Todd Sherman, global product manager for YouTube Shorts. “As we continue to build Shorts alongside our creators and artists, we’ll be adding more features for users to try”, he added.

“Through their videos and live streams, Arabic speaking YouTube creators broke world records, raised millions for humanitarian causes, and created powerful communities around their content. YouTube Shorts will be another tool for them to continue telling their stories and expressing their creativity,” said Tarek Amin, Director of YouTube for the Middle East and North Africa.

When it comes to music, artists and creators will have a large library of songs to use in their Shorts from over multiple labels and publishers, including Mazzika, Watary, and AlFan in the region as well as Universal Music Group’s labels and publishing companies, Sony Music Entertainment and Sony Music Publishing, Warner Music Group and Warner Chappell Music, Believe, Merlin, Because Music, Beggars and Kobalt.

Helping creators get discovered – as well as helping people find Shorts easily – is a key component of the product experience. That is why even before announcing the creation tools, we had introduced a row on the YouTube homepage especially for Shorts, launched a new watch experience that lets you easily swipe vertically from one video to the next, and will soon add a Shorts tab on mobile that makes it easier for users to watch Shorts with a single tap.

As of today the YouTube Shorts player has surpassed 6.5 billion daily views globally.

Shorts will be integrated to the YouTube experience people already know. For example, if a user hears a snippet of a song on Shorts, they can easily find the full song, watch the music video, or learn more about the artist — all on YouTube.

YouTube has helped an entire generation of creators turn their creativity into businesses and become the next generation media companies. Over the last three years, we’ve paid more than $30 billion to creators, artists, and media companies.

The Shorts beta is rolling out globally and will be available to everybody soon.