XELEMENT – Flying the flag for the kingdom

Partner Content: With their recent award at the Eﬃes MENA 2018, XELEMENT became the only Saudi agency to win on the night. We take a closer look at the agency and its campaign for Saudi TV that put it on that stage 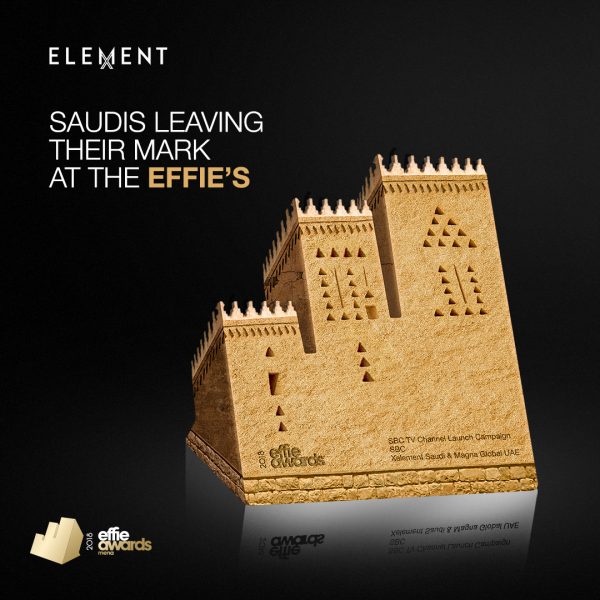 What makes XELEMENT different?
Like any agency, we are defined by our people. Our management team aren’t your typical agency types. We are Saudis who come from diverse backgrounds. Between us we have launched successful local and international
brands and held senior positions on the client side with multinational organisations. That understanding of commercial reality and the business challenges clients face has a profound influence on the way we work. We’re often used as an extension to our clients’ marketing teams, getting involved with strategy long
before we get our hands dirty with ideas and executing campaigns.

How is that difference reflected in your work?
We put a lot of emphasis on strategy. We love our insights and how they connect with consumers. It’s kind of an obsession for us. In fact, that’s where the name of the agency came from. The first thing we do with any new brand or project is deep dive into research and our own experiences to identify a powerful insight. We call that the “X” element, and we don’t move forward until we’ve found the element of success. Once found, that insight becomes the foundation for everything else we do.

Can you explain the origins of this campaign?
Anyone above a certain age in Saudi Arabia grew up with Saudi TV. There was a time when it was the main source of entertainment in the country. If there was a big show on, the entire population would watch simultaneously. Those shared moments became part of national culture. Then along came satellite TV and the internet and everything changed. National TV suddenly became old news. Audiences fragmented.
Younger generations turned elsewhere to get their entertainment. Saudi TV has been thinking about how to respond to the challenge for a long time. Years in development, their new channel SBC was devised to take on this new competition and put Saudi TV back in the spotlight.

What were the key challenges?
We like a challenge. It’s part of our culture. Nothing gets our strategic thinkers more excited than the intellectual demands of a tough brief, but there are limits. When Saudi TV first approached us with the idea of re-launching a national TV channel, even our most ambitious in-house optimists were hesitant. Getting eyeballs back to national TV in an age of mobile distraction and satellites? Could that really be done?

What “X” element did you identify for this launch?
To get under the skin of this brief, we had to go back in time. We turned the clock back 30 years, to the days when Saudi TV reigned supreme. At that time Saudi TV’s two channels monopolised the kingdom’s viewing experiences. The dominance of the channels inspired a popular nickname, Ghasb 1 and 2, “ghasb” in this context meaning “forced”. The name spoke volumes about the lack of alternatives and, like all the best
nicknames, the element of truth made it stick. When new players did finally arrive on the scene via satellite and the internet, they inevitably appeared fresh and exciting by comparison. Saudi TV’s appeal was overshadowed and lost, particularly to younger generations – and as everyone knows, a lost connection for a TV channel is never a good thing.

How did this insight inspire the idea behind the campaign?
We started by asking ourselves a question: Could we rely on a creative idea to spin this negative into a positive? Years after the nickname had been forgotten, “ghasb” became the starting point for our launch campaign concept. To build intrigue and get people talking, we started with a teaser campaign. The word “ghasb” became front and centre of a teaser campaign that ran across the entire GCC region. The word appeared on billboards, in newspapers, on mobile screens and on TV. As the word appeared without explanation, viewers invented their own answers to the intended message. People talked, and people noticed. Once we had people’s attention, we followed the teaser campaign with our big reveal. We redefined the word “ghasb” with the phrase “ghasab tahbha”, meaning “forced to love”. We used this new phrase to convey the irresistible appeal of the new channel’s content. What was once a nickname associated with a lack of choice now became a phrase used to label the power of something exciting and new. 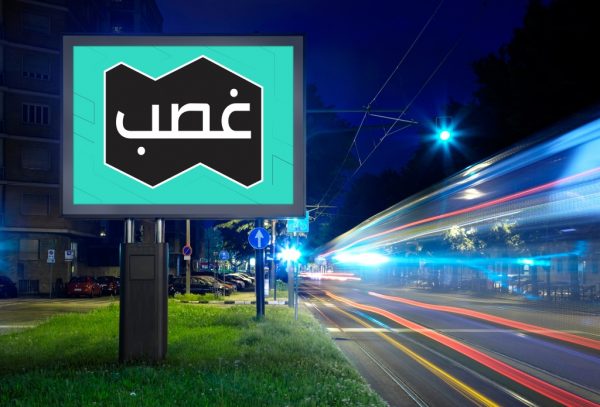 Did the campaign work?
Great ideas strike nerves. With its associations to the golden age of national TV, the nostalgic associations of “ghasb” rekindled embers in older hearts. A bold attitude and the promise of something new won over younger minds. Despite our initial reservations, the success of the campaign has been mindblowing. Since launching, SBC has become the second most watched channel in the region. Not only did the launch reconnect Saudi TV with viewers within the kingdom, it also managed to attract large regional audiences. Given the incredible choice afforded to a modern viewer, that’s an astonishing achievement

Why do you think the Effies MENA jury picked this campaign?
I think they appreciated the scale of the challenge. We live in an age of digital disruption. Thanks to technology, small, pioneering brands are able to challenge the status quo and turn whole industries upside down. There has never been a more difficult time to be a giant. Here was an established brand with a lot of historical baggage trying to re-invent itself. Anyone who has worked in marketing knows just how hard that is. It really was a pure test of strategic thinking and creative appeal.

What have you learnt that you will use for future projects?
There are so many things. Never be intimidated by the scale of a challenge. Don’t underestimate the power of a well-executed teaser campaign. Perhaps more than teaching us something new, it was a validation of something we have always believed in: In an age of increased media diversification, it can be tempting to think all the rules have changed. The truth is that a good idea, founded on a solid insight then backed by a bold
client remains the most potent recipe for compelling and effective communications. Thanks to this success, and the bravery of our brilliant client, we were able to deliver a launch with all the elements we love in a campaign. A powerful insight, a big idea and a result that will continue to resonate for years to come. That’s a recipe we will try to emulate for every future project.