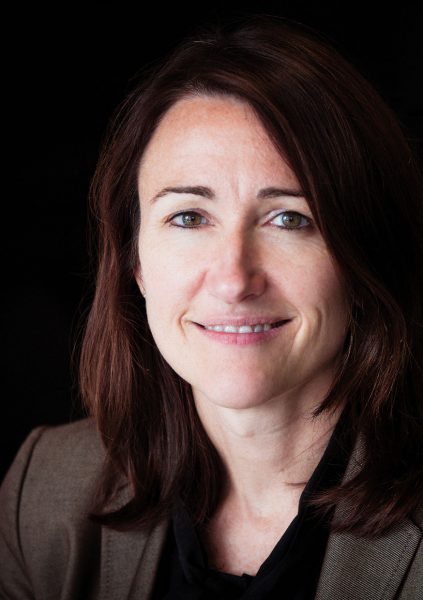 An increasingly partisan global news environment can bring greater risks for brands buying airspace or seeking commercial partnerships. And this consequence may be compounded for regional brands and buyers who may be less familiar with the editorial standpoints of the channels they strike deals with. That’s why it’s now more important than ever to do your homework says Carolyn Gibson, chief revenue officer with Europe’s international news channel Euronews.

Advertising can be a risky business. For those of you who follow the industry news in the US, UK and Europe, you can’t help but have noticed the increasing pressure on corporates and brands to distance themselves from certain opinionated media outlets. Earlier this summer, IKEA and Grolsch were among the brands withdrawing their advertising just days after the launch of a new news channel in the UK based on concerns over its content, with Nivea taking a ‘watch and wait’ position.

It’s not an isolated incident. As some sections of the news media move away from fact-driven content and increasingly lean on opinion to fill their airtime, the associated risks with buying ad space increase. The UK organisation Stop Funding Hate, with more than 125k Twitter followers, pressures companies to withdraw advertising through crowd-sourced online opposition. It was public pressure too which led to last year’s advertising boycott of Tucker Carlson’s Fox News show by Disney, T-Mobile and Papa Johns among others, in response to comments made by the show’s host on the Black Lives Matter movement.

We are now living in an age where we are judged not just by our own actions as brands, but also by those we associate with. What might even seem to be a relatively straightforward YouTube campaign has had the potential to land both media buyers and brands in hot water, as algorithmically driven ads placed next to inappropriate content – from conspiracy theories to racist propaganda – offended consumers and tarnished corporate reputations by association.  It’s something that Google has invested time and money in solving after major partners like Procter and Gamble, Walmart and Coca-Cola halted campaigns when issues were reported.

It can be a minefield out there, so choose your placements, partnerships and promotions wisely. This is especially true if you are looking to target international consumers in markets where you are unfamiliar with an outlet’s editorial position and are making buying decisions based purely on demographics. It’s critical to do your due diligence on platform content as well as on the consumer base.

This is not a problem that is going away, in fact, it is being amplified. The current media environment – where on the whole budgets and resources have been cut as the demand for content increases – is becoming more focused on comment than fact, with click-bait headlines driven by the polarised opinions favoured by social media and its algorithms.  And that’s before we even start to think about the social implications that this approach to news can have.

It’s one of the reasons that I’m proud of our unapologetically impartial positioning at Euronews. Our ‘All Views’ positioning underscores our impartiality and pluralistic approach. It lies at the heart of our latest “Feel connected to Europe” brand campaign designed to highlight the breadth of our programming and neutral editorial stance in an increasingly polarised news environment. Euronews’ international network, with its 9 TV and 12 digital bespoke language editions, enable our brand partners to connect with our 145 million strong monthly audience in brand-safe, relevant environments, as exemplified by the launch of our digital destinations Euronews Travel, Euronews Green or Euronews Next (which celebrates the intersection of technology, business and innovation), with more to come on culture and video storytelling showcasing inspirational human stories.

As brands and businesses prioritize their investment in strengthening and demonstrating their corporate purpose, culture and values, and as consumers demand greater levels of corporate responsibility, seeking meaningful initiatives and engagement from companies on the issues that matter most to them – from the climate crisis to mental wellbeing, from racism to gender equality – it is important that these commitments are shared and amplified in media environments that share the same vision and deliver to the same exacting standards of trust expected by consumers.

As the old adage goes, you can tell a lot about a person by the company they keep. That’s why it’s more important than ever to make sure the editorial positioning of the media organisations you partner with does not conflict with the values of the brands you represent, or those of their target customer base.