With Instagram’s co-founders both quitting Facebook, are we about to see a more aggressive pursuit of ad dollars on the platform? 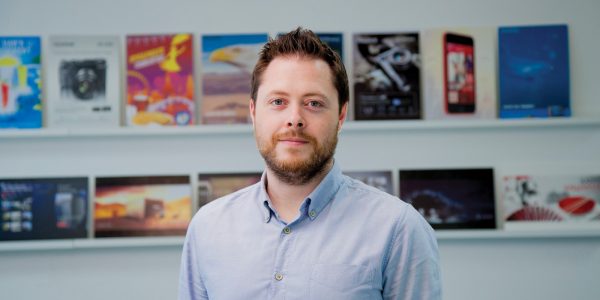 Seemingly out of the blue on Monday, September 24, Instagram’s two co-founders Kevin Systrom and Mike Krieger, who had both remained with the company since being acquired by Facebook in 2012, both abruptly resigned from the social media giant. The reason seems to be that Mark Zuckerberg had become overbearing in his control of the company, wanting to take the app in a direction that the founders disagreed with.

While this is a bombshell in-and-of itself, the fact that it comes hot on the heels of the two WhatsApp co-founders, Jan Koum and Brian Acton also quitting Facebook back in April for similar reasons, points to a broader movement. Despite Zuckerberg being traditionally quite facilitating to the founders of the companies that have been acquired by Facebook over the years, it seems that he is gradually starting to exert his influence and take a more active role in the business side of things with these companies.

So what has changed?

While Instagram initially relied on Facebook to help launch and scale its advertising offering, now it is Facebook that relies on Instagram for future growth. While revenue and user growth on Facebook is flagging, Instagram is booming. In the latest earnings call in July, the company forecast a continued slowdown in revenue growth and a slimming of profit margins, but disclosed that the growing number of ads on Instagram is an increasingly significant contributor to Facebook’s overall revenue. They also emphasised an intent to secure more ad dollars from Instagram going forward. It is this fixation on perpetual growth that is worrying for Instagram users. As Instagram becomes more-and-more important to Facebook’s bottom line, there is a continued risk that we will see the platform being overly commercialised.

Users have been drifting away from Facebook recently, not just because of ‘fake news’ or privacy breaches, but also because much of the recent growth in ad revenue has come from smaller companies that have clogged the Newsfeed with spammier content. While early corporate advertisers tend to be big brands or smart startups with relatively high quality ads, over time that quality tends to dip. As a platform matures, there is a clear trade-off between making it more accessible to smaller advertisers, and maintaining the quality of ads, a compromise that can affect the aesthetics of the platform in general.

The worry for Instagram is that something similar could happen to it too, and that this could be more strongly felt as lower quality ads could jolt the user out of the polished, picture perfect world of the Instagram feed. We are already starting to see this in effect in Dubai, with ads for massage parlours and furniture-moving companies that look like they were created by an eight-year old on Microsoft Paint. Not to mention the raft of wannabe influencers that pay to promote their own posts in a bid to grow their following, and subsequently, their ‘influence’.

Interestingly, the Stories format is relatively untapped from a monetisation point of view so far. In fact, Facebook has attributed some of the company’s slowing revenue growth to increased Instagram Stories usage. That is, more and more users are watching Stories at the expense of scrolling through the feed. But you can be sure that Facebook are eyeing this up as prime real estate for growth, and have recently launched an initiative to encourage SMEs to run ads there. Expect to see your local dog walker or handy man popping-up in an Instagram Stories ad in the not-too-distant future.

Ultimately, an increase in ads combined with a reduction in the quality of these ads affects the user experience and the overall quality of the platform. If Instagram too becomes chock-full of trashy ads, the people that moved from Facebook to Instagram to get away from the bombardment might just move on to somewhere else again in time. Generally speaking, this has been one of the more successful acquisitions in tech history, with Facebook playing it excellently so far, waiting for just the right moment to introduce ads to Instagram. It’s only been three years since Instagram opened up their self-service ad platform to a broader market in September 2015. While this certainly is not a long time in the grand scheme of things, they still have to play it carefully or risk turning Instagram into an inhospitable wasteland.