What lies ahead for Al Jazeera as Qatar network closes US operation? 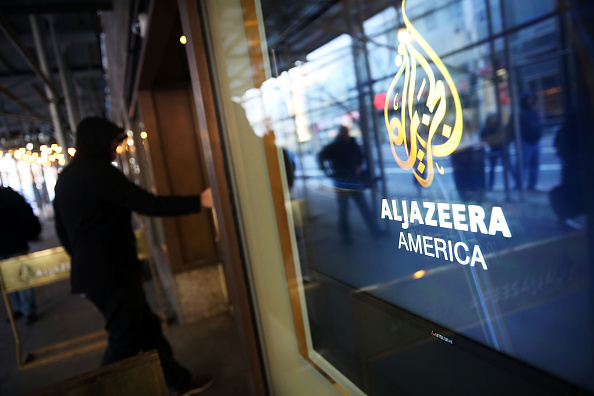 At the tail end of last year Al Jazeera launched a campaign designed to drive understanding, respect and tolerance for different opinions and beliefs. ‘We Are Al Jazeera’ marked the beginning of the network’s 20th year of operation and included a regional advertising campaign, new programming and a call for social media engagement. It offered a promising start to a landmark year following accu- sations of partisan reporting and a decrease in the brand’s overall allure.

However, fast forward two months and the network has once again found itself in the spotlight for all the wrong reasons. Al Jazeera America, the satellite television news outlet owned by Qatar-based Al Jazeera Media Network, is to shut down less than three years after its high-profile launch. The channel will cease operations by April 30, citing economic challenges in the American media market.

In a memo to staff, the channel’s chief executive Al Anstey said: “[The] decision by Al Jazeera America’s board is driven by the fact that our business model is simply not sustainable in light of the economic challenges in the US media marketplace.

“I know the closure of AJAM will be a massive disappointment for everyone here who has worked tirelessly for our long-term future,” he continued, using the company acronym. “The decision that has been made is in no way because AJAM has done anything but a great job. Our commitment to great journal- ism is unrivalled.”

Anstey added that Al Jazeera would expand its digital presence in the United States and that the expansion “would bring new global con- tent into America”.

The decision to close followed internal conflicts within theUS office and the ousting of chief executive officer Ehab Al Shihabi in May last year. Al Shihabi’s firing was preceded by months of job cuts and staff agitation that culminated in a $15 million discrimination law- suit and the loss of three female executives. The broadcaster also stood accused of bias against non-Arabs and women. While this may be consid- ered merely a side show, the failure of Al Jazeera America highlights deeper problems at the broadcasting network. Indeed, there are many questions surrounding Al Jazeera, not least how a network funded by the oil wealth of the Qatari royal family can thrive – or even survive – when the price of oil now sits below $30 a barrel. Where does it stand in comparison with its heyday of the early 2000s, and how has its brand image diminished? Has a partisan, pro-Muslim Brotherhood stance destroyed its reputa- tion? Has the failure of Al Jazeera America added salt to the wound and cemented Qatar’s reputation as a giant incinerator for turning petro- dollars into ash? Where, in short, does it go from here?

“Qatar has not just failed to capitalise on the goodwill it earned with Al Jazeera, it actually seems hellbent on destroying it,” says Alistair Crighton, a Gulf-based media consultant and former editor. “What was once arguably the strongest brand in the Middle East is now a byword for mismanagement with the Arabic channel in particular distrusted in the Middle East for its ridiculously skewed agenda on Egypt, Libya and Syria.

“Given that, the decision to roll out Al Jazeera America – to a country whose population famously confuses Al Jazeera with Al-Qaeda, and into a brutally competitive marketplace – was doomed from the start, regardless of the quality of the news output.

“Where Al Jazeera goes from here is anyone’s guess. Whatever goodwill remains lies with the surviving English channel. But amid constant rumours of job cuts – and increasing editorial tampering and self-censorship – staff morale in the channel’s Doha headquarter is pretty much at rock bottom. Given Qatar’s current economy drive, it’s hard to see that situation improving any time soon.”

However, Rami Khouri, a founding member and senior policy fellow of the Issam Fares Institute for Public Policy and International Affairs at the American University of Beirut, and a columnist at the Beirut-based Daily Star newspaper, believes Al Jazeera still has a major role to play.

“Al Jazeera has certainly lost a bit of its lustre in recent years because of its partisan attitudes in both news reports and its presenters’ questions and attitudes on air,” he says. “Its over-the-top cheerlead- ing support for the revolutions in Egypt and Syria especially lost it some viewers who pre- ferred a more neutral service. But it remains in my view a very serious and useful broad- caster that is a must see for anyone interested in Arab affairs, with an unrivalled net- work of correspondents.

“Its English global network is excellent and less partisan, and presents a much more complete and useful view of the entire world than any of the other global broadcasters whose perspectives tend to reflect their own national values and interests. Al Jazeera America failed because it was an amateurish strategic deci- sion to try and enter a cable news market in the US that was over-saturated and also losing credibility with many viewers. Its content was fine, andofteninnovativeinagood way but the market simply was not there for it to grab. Its online service was excellent and generated a large audience and it will probably play a major role in the relaunch of the existing English Al Jazeera in the US.”