We took the Crate Challenge to Roblox and got hurt anyway, by Socialize Agency’s Peter Mazloumian

Has content censorship gone too far? We took the pain out of the challenge and still felt the fall, writes Peter Mazloumian, Head of Slz Gamez, Socialize Agency. 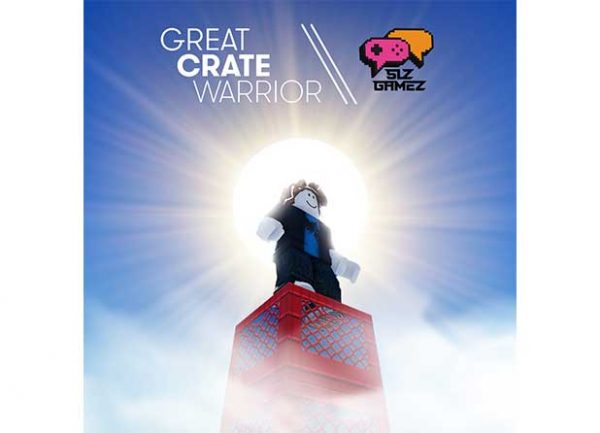 The crate challenge isn’t the first radical trend we’ve seen online; we’ve had pod eating challenges, swallowed spoonfuls of cinnamon, and lest we never forget, the infamous Kylie-lip plumping challenge, yet in the wake of all of these mind-boggling internet trends, a new craze has yet again managed to leave us wondering ‘but why?’ That craze is, of course, the Crate Challenge.

In case you were comfortably avoiding the internet for the whole of August, the Milk Crate Challenge, also known as the crate challenge, involved stacking milk crates in the shape of a podium, appearing like stairs on either side, in an effort to successfully climb across the structure without it collapsing in on itself. As one can imagine, an agonizing fall would shortly ensue, resulting in a wealth of painful-to-watch video content.

As a response, platforms like TikTok were called to take action against this kind of content, under the premise that it was, within its own right, inciting and encouraging dangerous behaviour that could consequently result in more than a scuffed up knee or two.

Being a social agency (Socialize Agency) we took this news as an opportunity to do what we do best, hop on the trend and offer a creative solution to this global cause for concern. We assembled our gaming unit, SLZ Gamez, to help resolve the underlying issue of the challenge; the physical-pain factor, by taking the challenge to a place where there’s no fall damage, a place where the weird and wonderful has always been encouraged, we took it to the world of video games, or more specifically, Roblox.

What is Roblox? If you don’t know, chances are your nieces and nephews definitely do. In a nutshell, it’s essentially a library of lego-like video games wherein anyone can not only play games but create their own too, with a wealth of video game content to choose from. Given the nature of the platform, we did exactly that; we created our very own crate-challenge obstacle course, modelled after the great ninja warrior shows we’ve seen on TV and released it on the platform for the pain-free enjoyment of all.

In theory, our approach ticked all of the right boxes; it addressed the issue of the challenge, manifested a solution that was safe for the end-user and did so in a way that leveraged the power of modern-day technology to give a new breath to a social media trend, offering an authentic value exchange for our video-game loving audience.

We quickly assembled our assets, created supporting content on Instagram to drive virtual footfall to the game and we proudly sat back in our chairs praying for the results we thought we had earned. And then, just as we were about to pop our bubbly, a notification appeared on our phones:

‘Your game has been permanently suspended for having inappropriate content. This is a violation of our terms of use.’

It is worth bearing in mind that Roblox as a platform features games of all natures, from ‘Broken Bones IV’, a game where the sole intent is to literally break every bone in your body, to ‘survive the killer’, which, well, is pretty self-explanatory. Yet apparently, a game about climbing crates was a step too far. Did we go down without a fight? Absolutely not. Did it make a difference? Unfortunately, not.

Despite our dismay, we had to come to terms with the fact that social platforms are well within their right to choose the kind of content they will allow on their platforms. That they are, in fact, able to censor content based on 40 pages of obscure community guidelines.

That being said, it does hark back to a rather archaic notion that suggests violent video games create violent people. That as a society, we are so naive and impressionable that we are unable to separate fantasy from reality. As a fanatic player of games, this notion has always been upsetting to me. As an advertiser, this type of content censorship is even more so disappointing. Have creators lost their power to challenge the status quo?

On this occasion, yes.

As an industry, we used to be celebrated for taking risks, yet today, it seems the confines in which we are forced to think is only getting smaller with the walls of the box we are trying to think out of, only getting taller. Either way, in this case, and the many more that will undoubtedly follow, I encourage you to do what we have always done – use our voices to start meaningful discussions. The future of our industry depends on it.