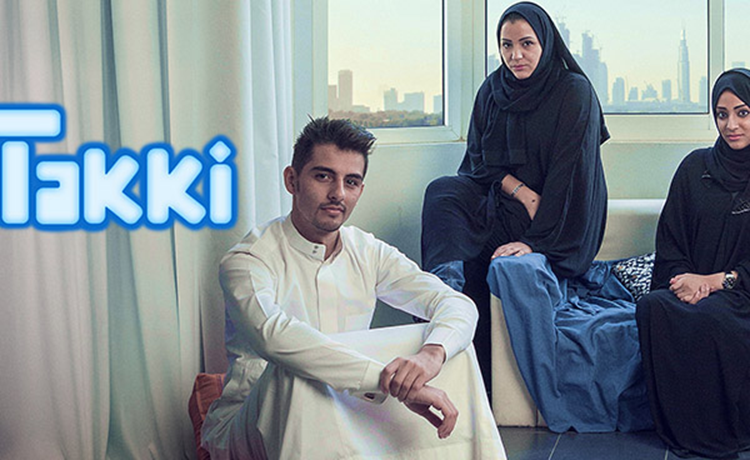 Webedia Arabia Group, a media and technology company developing creative content for Arab Consumers, has announced Netflix’s licensing of the popular Saudi drama series Takki, which is now available for viewing on the platform.

Produced by UTURN, which is part of Webedia Arabia Group, the dramatic series follows the story of a young Saudi film director following his dream of what was once a ban of cinemas in the Kingdom and several other social issues such as women not being able to drive at one point in time. It reflects facets of the Saudi society and the social challenges its youth faced, providing insights into the life of a generation caught between conservatism and modernism. The homegrown Saudi series was written and produced by Mohammad (Anggy) Makki.

Initially a YouTube phenomenon that aired in 2012, Takki – meaning “to chill” (to relax) in the Saudi socially spoken Arabic – gained wide popularity among the youth for its progressive approach and relatable premises. This made Takki one of the most popularly received YouTube series originating out of the Middle East.

Kaswara Al-Khatib, Chairman of the Board, Webedia Arabia Group and Founder of UTURN continues to nurture and honor Saudi talent and to propel the industry forward by increasing international recognition. The licensing of Takki by Netflix reinforces the interest factor for hyper-localized Saudi content.

“In a region that lacks content relevant to the Saudi youth, localization was key. Additionally, Saudi Arabia is filled with rising stars and through UTURN, we’ve created talent pools and incubated them. This is our way of helping to reshape the future of content and the Saudi digital culture. Webedia Arabia Group is now full of opportunities that are in line with the Saudi Vision 2030 and we are positioned to develop outstanding content reaching worldwide audiences” he commented.

Webedia Arabia Group Chief Executive Officer, George Maktabi said, “In a fast-moving world and with our 63 million Arab users, we are constantly combining the right narrative with insightful data, bridging the gap between audiences and broadcasters by engaging viewers in topics they are passionate about and giving them a space to express their creativity.”

As part of the Kingdom’s transformational era in promoting culture and entertainment, UTURN by Webedia Arabia Group is continuing to foster the talent of Saudi youth and the industry with several new projects in the pipeline.

Available now on Netflix, Season one and two of Takki each contain 14 episodes, offering global audiences a perspective into the world of Saudi Arabia’s youth.