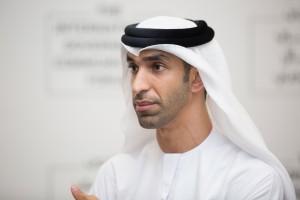 “Media plays an important role in delivering information to everyone in a simplified way,” said Dr. Thani Ahmed Al Zeyoudi, the UAE’s Minister of Climate Change and Environment, speaking on the sidelines of the International Government Communication Forum in Sharjah. “As a government, we look forward to working with the different forms of media to simplify scientific concepts of how important sustainability and the threat of climate change are, and send this to the public through simple and direct messages.”

He added: “The media also plays a role in helping to clarify the long-term effects of consumer behaviour on the environment, and thus works to educate the public. … Thus, change becomes part of the daily behaviour of all citizens.”