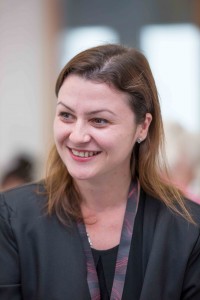 To speak to youth, parliamentarians must use social media, said Ediola Pashollari, secretary general of the World Assembly of Youth (WAY).

“It’s the quickest platform; in a way it’s less restrictive or controlled,” she said. She admitted that there can be repercussions in some states, but it allows governments to assess different viewpoints from their younger citizens. “It helps you to look at different views from different peers, so you can challenge yourself to a different level.”

Speaking on the sidelines of the International Government Communications Forum in Sharjah, she added that all politicians should be on platforms such as Twitter. “If I have to question or ask or want to request something, then I will definitely want to have it from the right person instead of being bureaucratically processed from one to another,” she said.