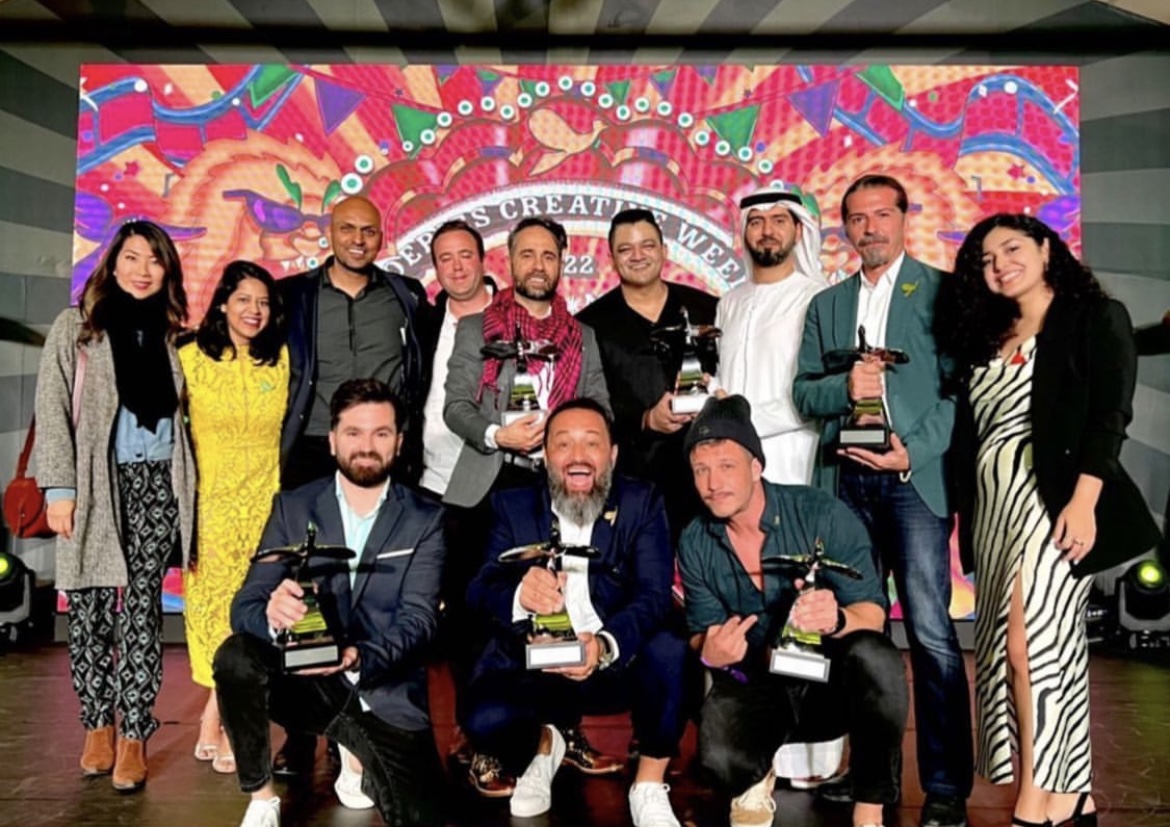 At a spectacular location on the Cape Town Waterfront, the 2022 Loeries award show on Friday saw an even more spectacular performance by UAE agencies. The biggest awards of the night, Network of the Year and Agency of the Year, were both won by Impact BBDO – the agency had an impressive haul of a record-setting three Grands Prix, six Golds, four Silvers or Craft Certificates, and five Bronzes.

A total of eight Grands Prix were given at the show this year, and UAE took home six of them: three to Impact BBDO, and one each to Saatchi & Saatchi MEA, M&C Saatchi, and Serviceplan ME.

“This was truly a year of breaking boundaries and creating magic,” says Loeries CEO, Preetesh Sewraj. “Not only did we unite the creative community in the biggest gathering of its kind, across Africa and the Middle East, but we also awarded a record number of eight Grand Prix awards that truly embody the spirit of creative excellence.”

Other notable awards included Chicken Licken being named the Brand of the Year, Pepe Marais of Joe Public being inducted into the Loeries Hall of Fame in recognition of his impactful career and contributions to the creative industry; and Bernice Samuels being awarded the Marketing Leader and Innovation Award for her unparalleled vision and execution in the field of marketing.

The following are the Grands Prix won by UAE agencies:

“The Elections Edition” by Impact BBDO for AnNahar – Integrated, and PR & Media

“The Wider Web” by Impact BBDO for Etisalat – Design for Digital

For over 40 years,the Loeries has been awarding creative excellence in the advertising and brand communication industry. As one of the highest accolades in the industry, the Loeries not only celebrates deserving work across the Africa and Middle East region, but also promotes and supports creativity by helping marketers, agencies, and consumers appreciate the value of ideas and fresh thinking.