Wunderman Thompson CEO Mel Edwards tells Austyn Allison she is focused on building an agency of the future, with a culture to match 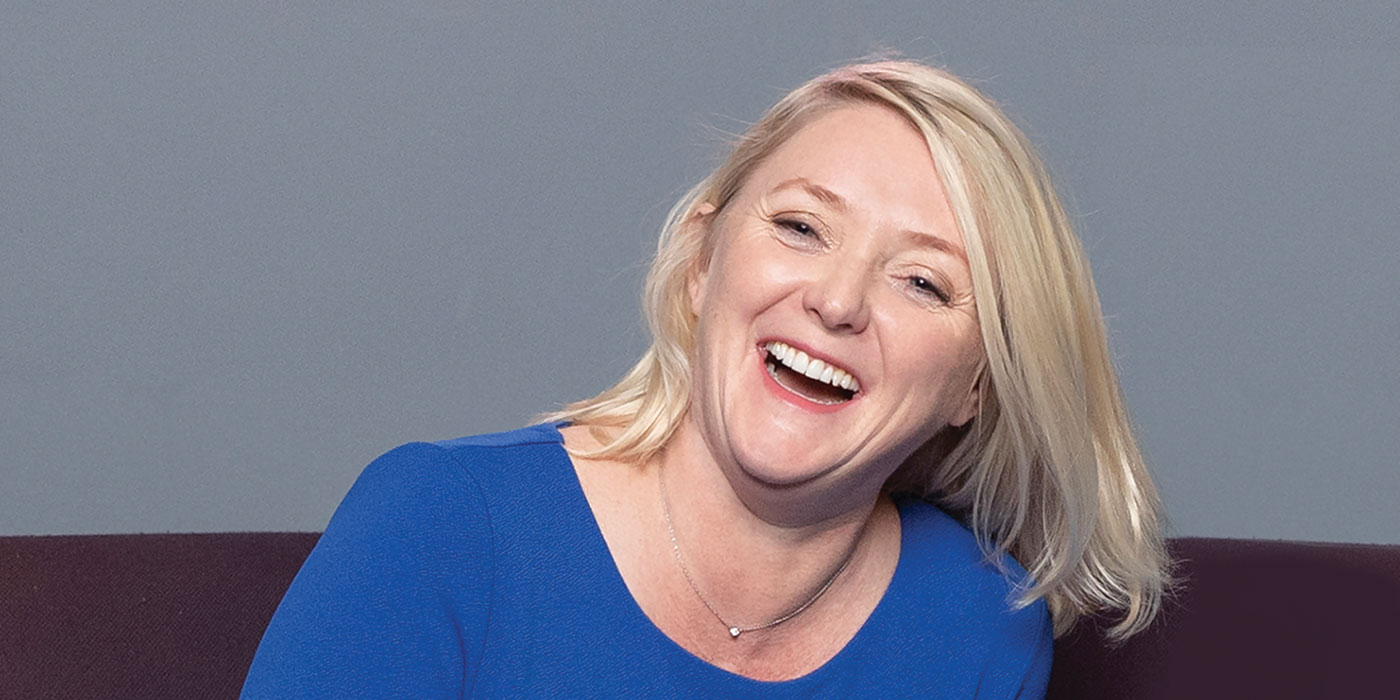 Mel Edwards, the global CEO of Wunderman Thompson, was in Dubai at the start of September. It was her first visit since holding group WPP merged two of its agencies, the digital shop Wunderman and the 154-year-old creative giant J. Walter Thompson at the start of the year.

In the Middle East the merger isn’t yet completed. Along with some Latin American markets it is one of the only regions where both Wunderman and JWT still operate as separate entities. But Edwards hopes to complete the process worldwide by the end of the year.

Campaign met with Edwards at JWT’s Dubai Media City offices on the day she arrived in town. She was due to meet with Wunderman’s local management, who are based a few blocks away, the next day.

The first markets to be merged were the larger ones with less complicated shareholdings. In the Middle East, there are still minority shares held by local parties, and WPP does not own both agencies outright. Edwards wouldn’t be drawn into commenting on how the management structure of the new entity will work in the region, but admitted she is looking at the leaseholds of both Wund erman’s and JWT’s Dubai offices, so it is likely teams will be collocated soon. She also said that the shareholdings “will not change”.

As well as addressing the big picture of how to form Wunderman Thompson Middle East, Edwards is also looking at the fiddly technicalities that accompany a merger, such as unifying email addresses and IT systems.

Jobs should generally be safe as the merger is completed. “In most markets [Wunderman and JWT] do different things,” says Edwards. “And in the Middle East there is a different footprint as well.”

One of her crucial focuses as the two agencies come together around the world is building a cohesive culture within the new Wunderman Thompson entity.

“It’s all very well having a few percentages or one slide showing integration and how you’re getting on across each region, but what that means is you have to put people together and then all of a sudden you have to build a new culture,” says Edwards. She and her teams are designing Wunderman Thompson to be an “agency for the future,” she explains. And future-proofing an agency means more than just stamping a set of cultural rules on it.

The behaviours are: ‘in it together’; ‘creative bravery’; ‘positivity’; and ‘listening’.

An agency with the right culture in place is easy to spot. “At a good agency you just have to walk in and go, OK, this feels good,” says Edwards. But everyone needs to be together for that. “I think that’s about when you actually physically get to put people in the same building,” she adds. “Those things take time.”

Winning new business will help, she explains. “It comes with working on client business together as one team, winning business. I don’t think we can underestimate [the power of] winning a new piece of business. Feedback from a client or a new client helps create culture and the energy that you want. That doesn’t happen overnight, but it starts to build the culture that you want.”

One of the advantages of the new agency will be its ability to pitch against consultancies such as Accenture and Deloitte, which are beginning to compete with creative agencies for brand-building, media and digital work.

One of the common worries from creative agencies is that they are left dealing with chief marketing officers, while consultancies have long-established access to CEOs and can extend that access to their more recently formed creative arms.

“I would say that our relationship is the CMOs and quite often now the CEOs; everything is becoming so much about business,” says Edwards. “The Wunderman side [of the agency] used to pitch against the consultancies all the time. But I think what’s really good for us as a business now is that we pitch and win against the consultants, and I think what’s making us stand out and be different at the moment is the creative side of things.”

Edwards is adamant that creativity comes first. “We are a creative data and technology agency,” she says. “We are very focused on having the word ‘creative’ at the beginning, rather than data first.”

She continues: “I’m from the Wunderman side of things, but creativity is my passion and creativity drives me. I think that data provides the insight and technology enables the insight to create amazing work. And it’s the work that gets everyone’s heartbeat up. There’s some clever science behind it, and technology enables that, but at the end of the day it’s the creative that gets your passion and your heartbeat up.”

The combined agency means combined data sets and technologies too. Edwards says that in the markets where the merger is complete, “everybody was super excited about how we embrace the capabilities from both sides to make what we do even better”.

Wunderman Thompson is “technology agnostic”, she says. “We are experts in key technologies that we work with, with our clients. That could be Microsoft, it could be Google, it could be Adobe, it could be Salesforce, it could be other technologies. […] Quite often we have evolved with the client, and therefore understand their technology (Microsoft is a big client of ours). But similarly we have acquired businesses that are very much technology businesses.” She gives the example of a recent Salesforce business, Emark, that Wunderman purchased in Europe in September. “We will see where the gaps are and what we need in terms of what our clients are asking for. And then we’ll bring those technologies in.”

Part of Wunderman Thompson’s ‘Positivity’ behaviour means, in Edwards’ words: “Be open to new ideas and don’t shut them down, or say, ‘We’ve tried that before and it doesn’t work.’” She continues: “Positivity is about working on coming together as one team.”

It might also refer to the various programmes the agency runs to promote talent.

In 2014 J. Walter Thompson, in partnership with the 4A’s Foundation, founded the Helen Resor scholarship, which offers funds, internships, mentors and potential employment to female creative advertising students around the world.

Pass-it-On is a programme to give female talent within the agency time to focus on themselves, their careers and their personal aspirations. Participants are expected to return from it better prepared for leadership roles.

Inspire is a programme that leverages Wunderman Thompson’s behaviours to build its global culture and to encourage the agency’s talent to grow.

Edwards is also forming a new creative council, and she says she is contemplating running a programme in parallel that would solicit ideas, insight and opinion from the younger talent in the agency – both to give that talent a view of the top, and to keep the higher-ups in touch with youth culture and trends they might otherwise miss.

While Edwards was in Dubai to listen to her colleagues, the new agency is there to listen to clients and deliver what they want.

Often, she says, that is simplicity.

“What our clients are asking for – and this isn’t everybody, but a lot of our big global clients – is they are asking for simplicity of structure,” says Edwards.

They tell her: “We just want one team, but we want experts. Don’t bring me generalists now; bring me the experts.”

Edwards says: “That’s what we are trying to bring as Wunderman Thompson – experts, not generalists – and we are equipping our people with knowing who to bring in from across our network to help solve our clients’ problems.”

Edwards joined Wunderman as UK CEO in 2012, was made CEO of the EMEA region in 2015 and then became global CEO in September 2018. She inherited that role from Mark Read when he became CEO of WPP after the ousting of Sir Martin Sorrell.

What clients ask for at Wunderman Thompson echoes what WPP is seeing at a group level too, where Edwards is on Read’s leadership team. Edwards says: “Quite a lot of our clients we share across WPP just want an integrated solution. They just want us to be one team that’s in it together, which we are.”

She adds, of WPP under Read: “What we’re seeing, even at a senior level, is that we are just being more helpful and collaborative as one team.”

Although the conversation in the MENA region often falls into a narrative of two companies – Wunderman and J. Walter Thompson – coming together, Edwards now prefers to talk about Wunderman Thompson more than the two separate agencies. She is focused on creating and building an agency that is as future-proof as it can be in a fast-changing world.