New insights by Hall & Partners reveal that 71 per cent of people in KSA and UAE watch videos on Twitter multiple times a week. 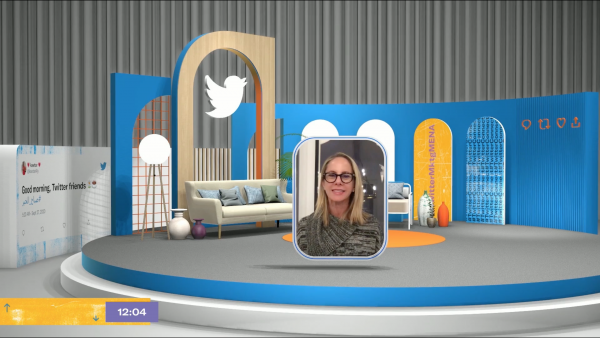 Twitter hosted its first virtual event in MENA this year to provide brands with guidance on how to stay relevant to customers by connecting with key moments throughout 2021. During the #TwitterConnect event, results of the recent research conducted by brand consultancy Hall & Partners were shared to shed light on the platform’s role within the online video landscape in Saudi Arabia and UAE.

The research reinforced the increase in usage of video as a format for content discovery. With 66 per cent of KSA respondents watching videos multiple times a week, and almost half in the UAE seeing Twitter as their main source of video content, the insights also revealed that audiences on Twitter were particularly active and engaged with premium publishers. The majority of respondents (69 per cent) watch videos from news outlets and TV channels, which signals an audience base that’s seeking information and content from such publishers. 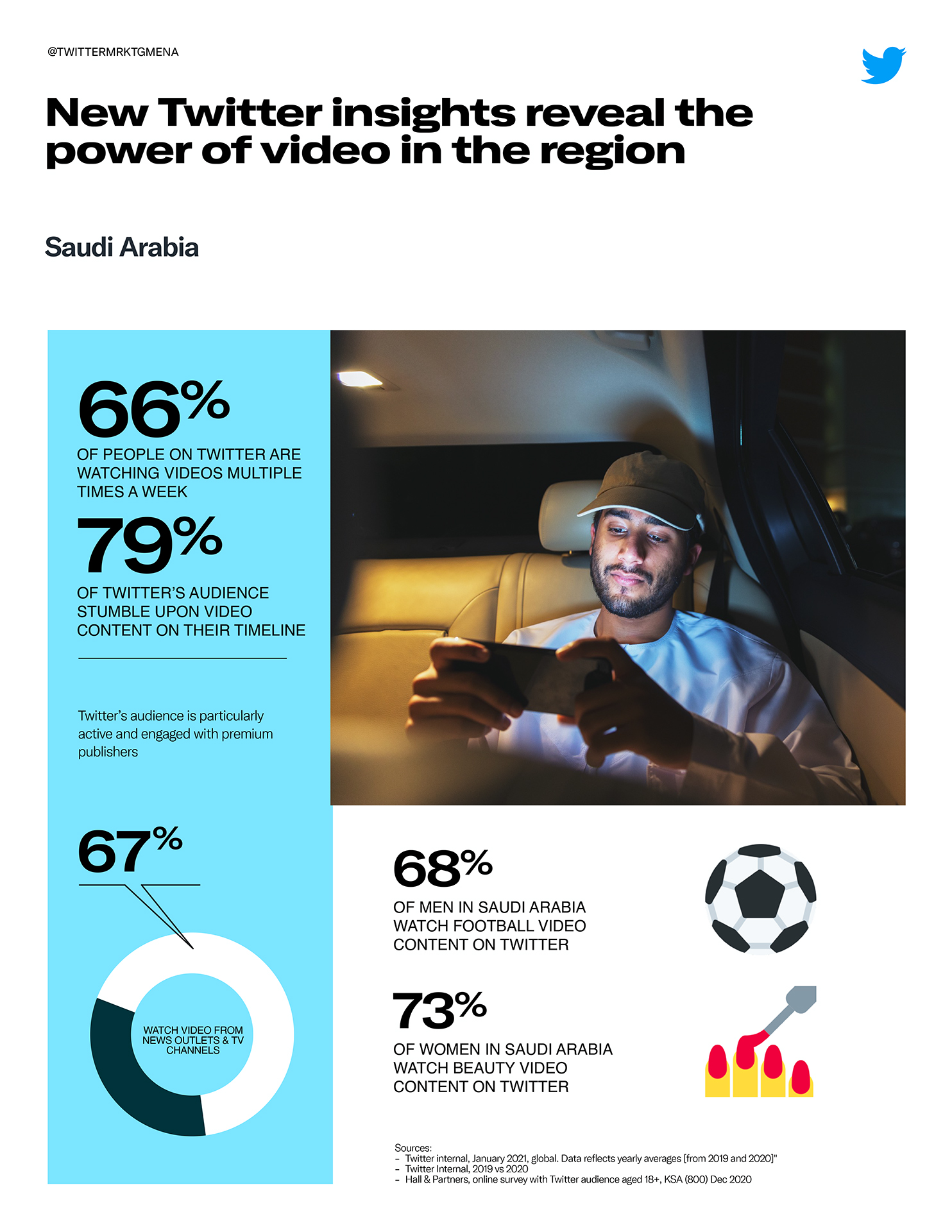 Nisrine Ghasal, Chief Commercial Officer of Saudi Media Company discussed how during the 2020 lockdown, the launch of the Saudi Broadcasting Authority’s nostalgia TV channel – Thikrayat – generated 1.2 million minutes watched on Twitter in the first few days. She said, “We see Twitter sales as complementing the efforts on TV. The Saudi Pro League is exclusive to our channel, and I don’t think there was ever a match that didn’t trend on Twitter. We fuel those conversations with highlights which brands come on board as sponsors, and they get to be part of that phenomenal engagement. And we’ve got great plans in the pipeline, we recently launched our winter grid with 28 programs and shows across our network of stations.”

Due to Twitter’s dynamic feed environment, the findings revealed that premium video content is discoverable and digestible. The research found that exposure to video content is often discovered as opposed to being proactively sought. The majority of respondents (80 per cent) stumble upon video content on their Twitter timelines. This gives brands an opportunity to deliver their pre-roll ads in an in-feed environment that ensures the experience people have feels personalized to their behaviours and interests.

In line with providing guidance to brands around connecting with moments their audience cares about, the research also addressed audiences’ perception of pre-roll ads. The majority of respondents find pre-roll ads to be more relevant (67 per cent) and less intrusive (70 per cent) than other platforms, while more than half enjoy watching them to see what brands have to offer.

As part of its Amplify Pre-roll solution where advertisers align their pre-roll ads to premium publishers based on audience interest, Twitter announced the launch of its first-ever Ramadan category. This year, publishers can upload their videos and opt them into monetization, and publish them once ready. On the other side, advertisers can create pre-roll campaigns and choose the Ramadan category to target, giving them the opportunity to align with Ramadan themed content from specific publishers. Twitter then automatically serves a relevant pre-roll ad to the person watching the video.

“We’ve seen significant audience growth over the last year that we attribute to the global conversation around major current events as well as exciting product improvements. Our approach allows advertisers to leverage the audience on Twitter, combined with the power of premium content to further borrow brand equity from specific publishers that they know their target audience already trusts and is passionate about,” said Samantha Billingham, head of video solutions, MENA, Twitter.

Nadeem Ibrahim, head of digital for stc, MENAT at UM WW discussed stc’s Ramadan campaign which tapped into the conversation with an uplifting message, generating more than 29 million impressions. “Through a variation of Twitter formats; including a Promoted Trend Spotlight [a takeover product on Twitter] followed by a [Promoted] Video format, we were able to tap into the conversations that mattered the most to individuals. Something that was inspiring was the number of clicks and visits that we had off the back of it and the number of volumes that Twitter had accounted for – almost 70 per cent. This is something that we’ve never seen before, and it’s testament to Twitter and the formats that they have that allow brands like stc to really tap into relevant moments.”

According to the research, the majority of respondents shared that they found videos on Twitter to be more entertaining (69 per cent) and relevant (66 per cent) than other platforms. Twitter also saw a growing interest in live-streaming on the platform, with 6 out of 10 respondents in KSA having watched a live-stream on Twitter, and a preference seen for live TV broadcasts, football games, as well as cultural events such as national days and Ramadan.

Kinda Ibrahim, director of media partnerships, MEA and Turkey, Twitter, commented: “Twitter’s Amplify Sponsorships solution gives brands the benefits of the contextual and content alignment with premium content but adds further control by being able to select the publisher and content of choice. We work with over 60 regional partners that are focused on Arabic-first content allowing brands to connect to what’s happening. This year we have multiple opportunities where advertisers can take advantage of sponsorships and align with one of these publishers, be it cultural moments like Ramadan, a national celebration like Saudi National Day, or sports content such as the Saudi Professional League, Euro 2020, or the Tokyo 2020 Olympic Games.”