Twitter has announced a series of new and expanded partnerships offering brand-safe sponsorship of premium content. By Austyn Allison 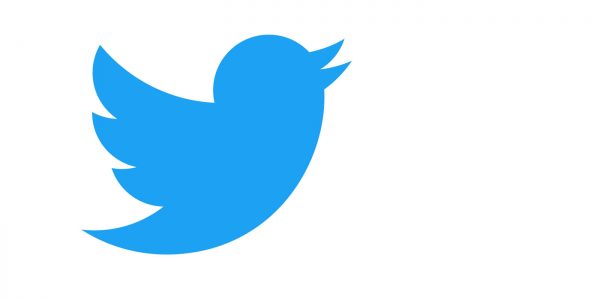 This morning at Reel Cinemas in Dubai Mall, Twitter hosted its first ‘Twitterfronts’ in the region. The name is a play on the ‘upfronts’ that US television networks have traditionally held before key advertising periods. Upfronts are a chance for broadcasters to show agencies and advertisers what shows will be worth advertising against, and the Twitterfronts are much the same. But for in-stream video sponsorships.

The social platform has held Twitterfronts in other markets including New York, Miami and Singapore, and has seen promising results in terms of deals struck following those events, said Theo Luke, the platform’s head of partnerships for EMEA, who flew to Dubai from his base in London to host the event.

The ways for sponsors to get involved with publishers’ content range from models used internationally (such as pre-rolls on sports clips) to home-grown solutions that may one day be exported.

Luke said this region, especially the GCC, is a prime market for big investments. A young audience with money to spend is migrating to mobile video; the advertising market is looking for new solutions; and advertisers appreciate the brand-safe content that Twitter can provide.

Video on Twitter now gets 2 billion views a day worldwide, and payouts to publishers have risen 60 per cent in the last year. The in-stream video sponsorship business at Twitter launched in 2013 (before Twitter even had native video) and has only been core to Twitter’s video play for the past two to three years. However it is now the fastest growing part of the video model, says Luke.

MENA is a proving ground to some extent, with advanced mobile penetration and appetite for video. But it also has regional nuances, which is why Twitter emphasises local leadership.

Benjamin Ampen, MENA managing director, is that local leader and explained that this market has seen a custom production model that is unique to the region. For example, Dubai’s Department of Tourism and Commerce Marketing (DTCM). Twitter worked with Dubai Tourism and three publishing partners: lifestyle title Sayidaty to promote the Dubai Shopping Festival; football site Goal.com, which was covering the Asian Football Cup; and STEP Group to promote food and culture. By broadcasting from different iconic locations within Dubai, the publishers were able to spread a DTCM message through their videos.

Sponsorships work on a revenue-sharing basis between Twitter and the publisher. Luke says: “We are very transparent when we work with the publishers about the sort of deals we do and the sort of returns they can make, and they know exactly why they are working with us because they know what the cheque is beforehand.” He adds that the model means: “[Publishers] are not actually going to push anything live until they know that we brought advertisers on board.”

Twitter has been doing most of the selling of sponsorship so far, but broadcasters are now also looking for sponsors through what Twitter called partner-sold deals. One example of this is MBC Group. The pan-Arab television group will be selling sponsorship of its Twitter content (including highlights, backstage content and recaps of the top regional flagship shows, including the Voice, Arab Idol, Arabs Got Talent, Top Chef) through DMS, a sister company of AMS, which is MBC Group’s exclusive media representative.

Despite the plethora of new and expanded deals, the Twitterfronts represent a continuation of what the platform has been doing before. Between 2017 and 2019, 44 brands have run more than 80 sponsorship campaigns on Twitter. These include Unilever’s sponsorship of content produced by Goal Arabia, Sayidaty and Step Group, which Campaign wrote about in November. Other brands that have invested in sponsorship include DTCM and the automotive brands Lexus and Infiniti.

Partners that were announced at the Twitterfronts include MBC Group, Abu Dhabi Media, Uturn Diwanee-Group and Augustus. New formats will be available around Al Ahli and Al Ittihad Saudi football clubs, including training sessions, interviews and team archives. Football content will also be available on Twitter based on existing global and regional deals for FC Barcelona, Real Madrid, AS Roma, Liverpool, Manchester City and other Saudi clubs through a partnership with Sela Sports.

One of the more innovative offerings Twitter is opening up for sponsorship is a chatbot from lifestyle publication Layalina. TV viewers can send a Direct Message to @Layalina, which will automatically display categories to choose from: ‘Channels’, ‘Series’, ‘TV shows’, ‘Celebrities’ and ‘Now showing’. Viewers will then receive a message that can include a list of series, TV channels, timings or a daily recap of their favorite series. The TV guide will allow advertisers to create a branded card and integrate their brand within the bot. Layalina ran its bot last year, so it would have a use case to take to sponsors. This is the first time the publisher will monetise the service.

Twitter has also released research into regional video habits. This reveals that the most viewed content in the entertainment genre are humorous clips (popular with 47 per cent of respondents), highlights from TV shows (29 per cent), celebrity interviews (26 per cent) and highlights from TV series (24 per cent). The most viewed videos around football include match highlights (viewed by 87 per cent of respondents), behind-the-scenes footage (49 per cent), player interviews (53 per cent) and commentary and analysis (39 per cent).

Luke and Ampen say the investment in research demonstrates Twitter’s dedication to video. The growing video sponsorship team in the Dubai office also pays testimony to this. “It is an obvious region that is ready for supercharged growth,” says Luke.